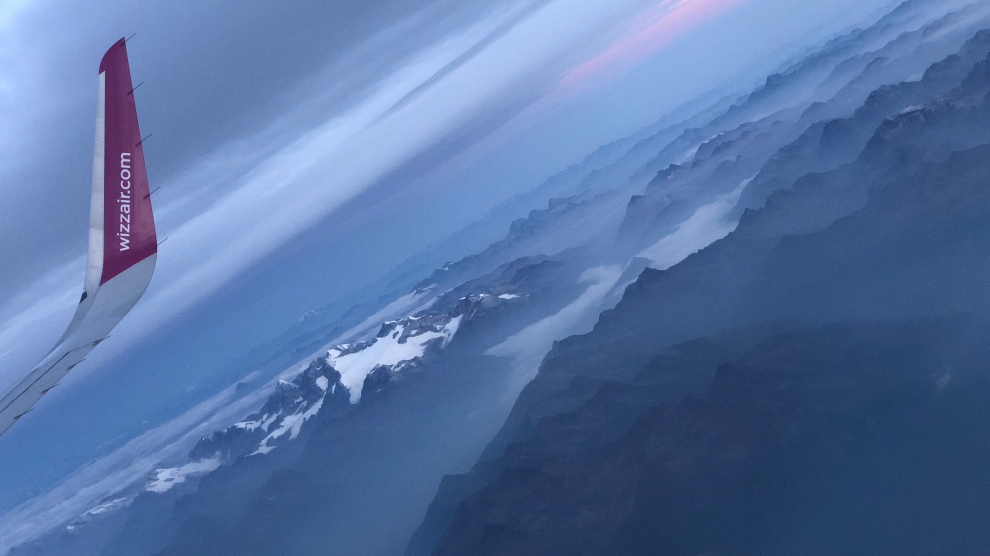 Good morning, ladies and gentlemen, this is the captain speaking. On my behalf, the first officer and our kind cabin crew we welcome you onboard this Wizz Air flight from Warsaw to Bergamo.

The low voice, with a strong Polish accent, begins speaking before we even start taxiing at Frederic Chopin Airport in Poland’s capital.

I am on a several day trip (and multiple flights) across a few emerging Europe cities to chair a couple of panel discussions and meet a former head of state.

When travelling across the region, flying budget airlines might often make more sense than choosing full-service carriers. They are not always necessarily much cheaper, often not cheaper at all,  but they fly to destinations which traditional airlines usually do not.

There are generally two budget airlines to consider when flying to emerging Europe — the Irish Ryanair and Hungarian outfit Wizz Air. easyJet and Norwegian do fly to the region but far less extensively as they still favour more established destinations.

Ryanair’s cabin crews are completely mixed and it is likely that on a flight from London Stansted to Budapest there will not be even a single Hungarian or British flight attendant. Wizz Air, on the other hand, counts on eastern European cabin crew staff, almost entirely in my experience, as I don’t ever recall coming across a British or an Italian flight attendant. And yet as much as Wizz Air, a Hungarian airline, promotes and employs talent from the region, it sometimes might be detrimental to the carrier’s image.

Can I sit next to my boyfriend?, a Bulgarian girl sitting next to me asks a flight attendant. Her boyfriend has an emergency exit seat and the two seats next to him are vacant, as boarding has been completed. 15 euros!, replies the dark-haired female flight attendant wearing strong make-up, not really looking at the girl.

There are many other examples but the one I remember most was on a flight from Kutaisi in Georgia to London. After 36 hours spent at Kutaisi airport, a hotel for a couple of hours and eventually a coach, every passenger was completely exhausted and wanted to get some sleep and rest. A Georgian lady in her late fifties asked a male flight attendant to put her carry-on in to the overhead compartment. That is not my job, he responded.

For someone who is used to apologising multiple times when strangers accidentally step on their toe on the London tube, these responses sound extremely rude. And such details make all the difference.

Even though customer experience has improved dramatically across emerging Europe, there is still room for improvement. Sometimes you feel the person that is serving you does so as punishment.

I was once boarding a coach taking me from one capital city to another. The coach attendant, in her early twenties, kept screaming at passengers. When I asked her why she was being so rude, she said she hadn’t slept well the night before. That’s why, she added.

Ryanair cabin crew staff who originate from emerging Europe appear to have picked up some of their western European peers’ habits and seem much nicer and more helpful. Perhaps letting some western European talent on board Wizz Air aircraft would increase customer service? People often learn by observing others. It’s worth considering for the sake of the airline’s image, isn’t it?