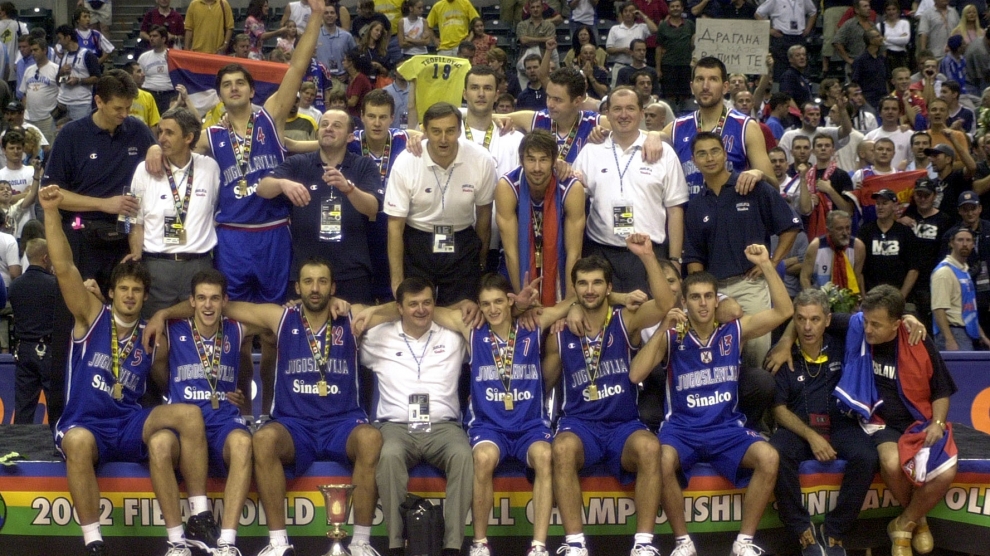 Sport plays an important role in Serbia, with football and basketball being the most popular. There is even an expression: “every Serb is a national team head coach”, be it football basketball, volleyball, water polo, handball or any other sport in which the nation has had any success. Team sports over the years have had an advantage over individual sports, with the notable exception of tennis and the tremendous success of Novak Djokovic in the past decade.

Aside from Djokovic and tennis, the sport in which Serbia was and remains a global powerhouse is basketball. Over the years the country has offered the world a number of key people in basketball, from executives and referees to coaches and players.

The Serbian national team is currently ranked fourth in the FIBA World Rankings. This is a remarkable success, bearing in mind the number of nations which consider themselves basketball giants. This achievement must also be considered in view of the turbulent past few decades which have affected all countries in the region, including Serbia. Following the horrific Yugoslav Wars of the early 1990s and the disbanding of the mighty Yugoslav team, a new Federal Republic of Yugoslavia was established, consisting of just Serbia and Montenegro, with less than half the population of the former Yugoslavia.

The team faced a dark period in the early 1990s. Due to sanctions and the ongoing war, the national team was prevented from participating at international tournaments, and missed the 1992 Summer Olympics, EuroBasket 1993 and the 1994 FIBA World Championship.
Without much sponsorship in a war-impoverished country, the national team made its comeback on the international scene at EuroBasket 1995 in Greece, where the gold medal was won after victory against Lithuania. At the 1996 Summer Olympics the team lost to the United States in the gold-medal game. The successful series continued: a gold medal at EuroBasket 1997, the 1998 FIBA World Championship, EuroBasket 2001 and a bronze medal at EuroBasket 1999. One of the most notable wins came in the quarter-finals of the 2002 FIBA World Championship, when Serbia eliminated the host nation of the tournament, the United States. Later, the Yugoslav national team (pictured above) won the tournament by defeating New Zealand in the semi-finals and Argentina in the final.

Then, following the Montenegrin declaration of independence in 2006, Serbia was on its own. In 2008, Dusan Ivković, one of basketball’s most prominent national and international coaches, took over the team for a third time and began the hard work of putting together a new, talented and prosperous team. In 2009 the side managed to recapture some of its old glory by winning the silver medal at EuroBasket, and took fourth place in the 2010 FIBA World Championship with the youngest team in the tournament.

Ivković was replaced in 2014 by the Serbian basketball legend Aleksandar Đorđević. He led the team to three silver medals at the 2014 FIBA Basketball World Cup, the 2016 Summer Olympics and EuroBasket 2017.

If I had to come up with one secret ingredient for the success of Serbian basketball and its amazing tenacity in achieving great results, it would have to be the coaches. Every era was marked by at least one world class coach who raised the bar for European basketball and not only launched superstar players, but in a sense also groomed his professional successors that kept the basketball factory running. To name but a few in the long line of trophy lifters: Aleksandar Nikolić, Ranko Žeravica, Duda Ivković, Svetislav Pešić, Božidar Maljković, Željko Obradović, Igor Kokoškov and Đorđević himself. All have played a key role.

The FIBA Basketball World Cup 2019 takes place in China in September. The Serbian team is considered to be one of the favorites, following three consecutive silver medals. And for the first time in history we have a member of the best NBA lineup of 2019 in our roster, Nikola Jokić, who provides us with additional faith that another final and another showdown with the US Dream Team is looming. We will be ready.

Serbia will, together with Latvia, host the FIBA Women’s EuroBasket Championship in June and July 2019. The Serbian ladies are ranked eighth in the FIBA world rankings and are the current European basketball champions, a title they won in 2015.