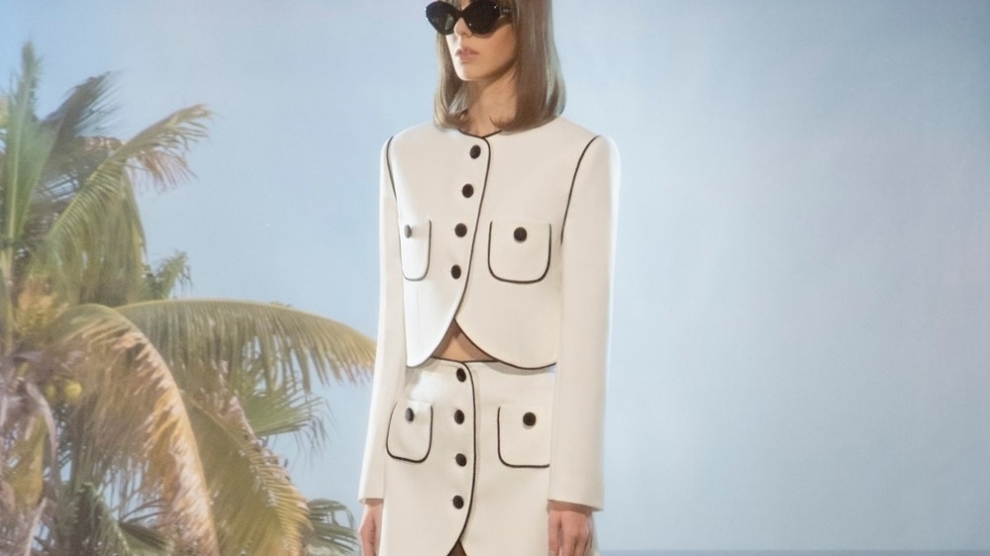 A generation of talented designers is making Tbilisi an essential creative hub.

The Covid-19 pandemic has spelt disaster for much of the fashion industry. Small brands are feeling the brunt of this, with stores suffering and many consumers opting for large online retailers. However, these extraordinarily difficult times have not stopped a group of Georgian designers from exceeding expectations.

Earlier this month, Mercedes-Benz Tbilisi Fashion Week demonstrated to the world the creative force coming out of the Georgian capital, while providing much needed exposure and support for the industry. For a biannual event that only began a few short years ago in 2014, it is proving that the talented creatives behind the Georgian industry will stop for nothing – even a pandemic.

The event was founded by Georgian entrepreneur Sofia Tchkonia, an under-the-radar force to be reckoned with in the fashion world. After studying in Europe and the US, Ms Tchkonia took over the BeNext Foundation – a design festival that has uncovered some of Georgia’s rising fashion icons like George Keburia and Lado Bokuchava. In 2014, she set up Tbilisi Fashion Week, funding over 60 per cent of the show from her own pocket. And looking at the designs coming out of this month’s spring/summer 2021 collections, the investment has paid off.

For many Eastern European designers, Tbilisi Fashion Week is one of the most important events on the calendar, and at this year’s show, 20 selected collections made their debut on the catwalk. Due to Covid-19 restrictions, the show took place online, but this meant that the public, as well as many important stakeholders, had the opportunity to see the cutting edge designs, including the editor-in-chief of Vogue Poland Filip Niedenthal, the deputy director of Vogue Italia Sara Maino and the CEO of the American Council of Fashion Designers (CFDA).

While no replacement for the electricity of an in-person show, the digital platform also facilitated the creation of multi-media content such as interviews, backstage moments and virtual showrooms, providing a further glimpse into the creative process. Furthermore, many of the brands already have standing relationships with online retailers such as FarFetch, Browns and Net-a-Porter, making the digital sphere their domain, rather than a forced alternative.

In founding the event, Ms Tchkonia holds strong to her philosophy that, “In life and in fashion, we will have to learn to appreciate what we have and support each other first. And young designers will be forced even more than before to not only look for new ways to reach the customer, but above all to use their creativity even more. It’s time to push boundaries, step out of your comfort zone and be bold. I always say negativity kills creativity. There will always be someone who is better at something than you are. It is your job to be unique. Only the strongest and the most unique will survive in the new reality, and what we thought was valuable so far will lose its value. We’ve all needed a change for a long time. It is enough for us to draw appropriate conclusions from the current situation.”

Star of the show

For many fashion critics, the main star of the show was is 30-year-old stylist and designer George Keburia, who is quickly rising to become young fashion royalty. His SS21 collection built upon his well-established creative identity, featuring a heavy nod to 1960s Hollywood in a refined and mature expression. From chic suits to ostrich feather robes, Keburia maintained timeliness modernity while slightly testing the canonical expectations.

Another key player in the Tbilisi fashion scene is Lado Bokuchava, whose collection boasted strong and dramatic silhouettes, and disruptive takes on classic tailoring. Her use of leather and vibrant green tones to offset soft fabrics and structured form demonstrated much sophistication for the young creative.

A more alternative take was that of Tamuna Karumidze, whose creative expression knows no bounds. Making her name as a film director and multi-media artist, Ms Karumidze’s collection built on an attentive look at traditions from the Middle East and Asia – and then flipped it on its head. Her eclectic use of fabrics ranged from neoprene to crochet, a choice founded in sustainability.

“My goal is to create something beautiful by adapting what already exists to my needs, giving a new life to fabrics that would otherwise be lost and inserting as much as possible elements of the street world that belong to my creativity,” says Ms Karumidze.

For the designers at Tbilisi Fashion Week, the show provided not just an opportunity for a creative outlet, but to gain much deserved recognition for its alternative and cutting edge take on the industry.

This is something that Ms Tchkonia is passionate about. “ I strongly believe that fashion can be Georgia’s greatest and most important ambassador. Usually, I have really crazy ideas and I often hear that this is not the right time to implement them. However, I like to think outside the box and encourage others to do so,” she explains.

This year, Ms Tchkonia had plans to create a permanent space for these ideas, a studio-come-exhibition home. “For a long time, we have been looking for a space that would not only be a permanent home for the fashion week, but also for other initiatives related to fashion, art, and culture.” Fortunately, an old Coca-Cola factory provided the perfect location. And now, despite being slightly thwarted by the pandemic, the project will persevere.

On the same wave-length, Ms Karumidze heads a talent agency established for the sake of radical creativity and wild ambition, rather than a purely aesthetic determination of artistic value. In doing so, she ultimately tries to support young artists and models in the city.

It’s this kind of vision that contributes to Tbilisi’s status as a rising creative capital – hitting the sweet spot between an alternative underground and magnetic draw. In the Soviet era, the city gained a reputation as a popular creative spot, earning itself the name ‘Soviet Italy’. Now it’s fair to say a creative renaissance is upon Tbilisi, where a melting point of culture and ideas makes fertile ground for artistic inspiration.

Being led by a generation of creative youth, the Georgian capital certainly deserves to be on your creative radar.

Squatting Slavs: One of the internet’s best-known memes is evolving
Innovation in healthtech: How emerging Europe’s start-ups are turning Covid-19 challenges into opportunities
Comment