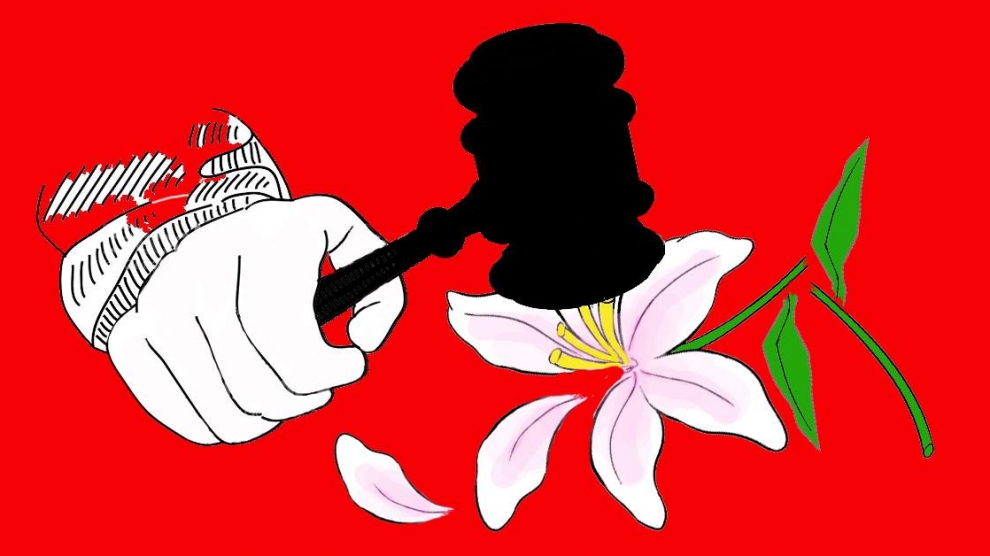 International Women’s Day, March 8, is a public holiday in some countries, an occasion for men to offer women flowers in others, and largely ignored elsewhere. In some places – fewer than ever – it retains its original significance as a day of protest for women’s rights, but in the majority it has simply become a day that celebrates the traditional role of women, that of mother especially.

“March 8 lost its meaning as the fight for women’s rights and was turned into Mother’s Day or just a celebration of women as ‘delicate flowers,’” says Carmen Radu of Asociația FRONT, a Romanian women’s organisation. “Not only are men hypocritical about it, but so are institutions and politicians. We always try to connect our campaigns to policies and institutions, because this is where real change comes from.”

For the past three years Asociația FRONT has run an online campaign designed to raise awareness about how hypocritical it is for otherwise misogynistic men to use March 8 as an opportunity to give flowers to women they do not respect as equals. Flowers are no replacement for equal rights, hence the hashtag #multumescpentruflori (thanks for the flowers).

The campaign started in 2017, and was the joint idea of a group of feminists, informal and very diverse: women from NGOs, visual artists, poets, writers, journalists, professionals. “We communicate via a secret Facebook group which currently has 164 members,” Radu tells Emerging Europe. “Our Feminism-Romania page centralises and coordinates the campaign. The creative input, the theme, the messages come from all of us. We brainstorm everything together, from texts to visuals.”

Besides the online campaign, Asociația FRONT has also been active offline for each of the past three International Women’s Days.

In 2017, the organisation demonstrated outside Romania’s Ministry of Justice in order to promote legal changes that would make it easier to issue restriction orders against the perpetrators of domestic violence. In 2018, the organisation protested at the Interior Ministry in order to push for the police (and not just the courts) to be allowed to issue such protection orders (a change which was made in January this year) and for electronic bracelets to be used to monitor abusers, a change not yet put into practice and “not in sight”, according to Radu.

This year on International Women’s Day, Asociația FRONT was present at Bucharest’s main courthouse to protest against judges who hand lenient sentences to rapists.

“A recent journalistic investigation revealed that there are judges who blame 10 year-old girls for being raped, because of what they were wearing. How the judicial system treats women and girls in sexual violence cases is unacceptable,” says Radu. 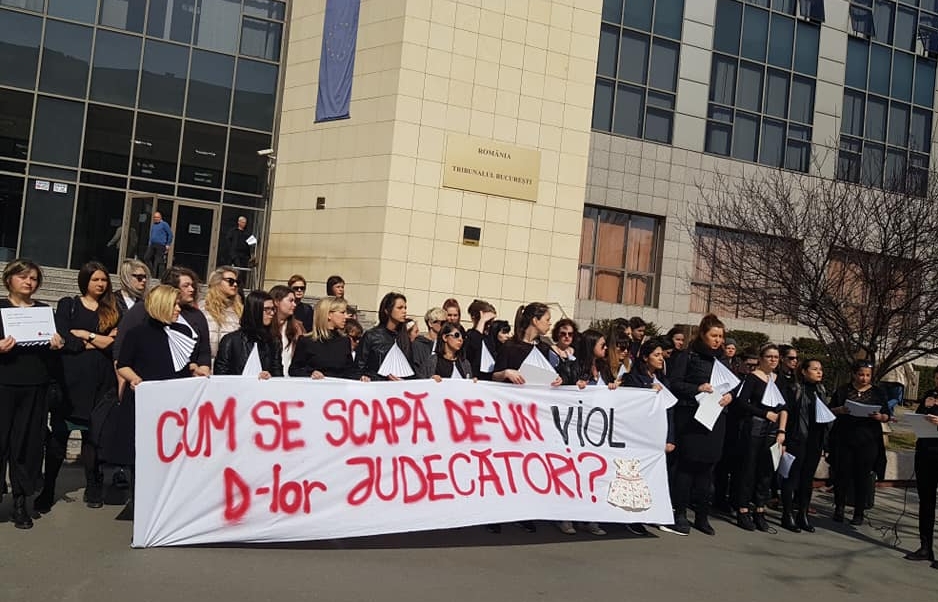 Feeling that women only get attention in March, the association also has taken International Women’s Day as an opportunity to promote concepts and ideas that are usually absent from public debate: inequality in domestic work, parental leave (which is only awarded to women in Romania), street harassment, violence and rape, abusive men, consent, sexual freedom, and the humiliation that women face in media and advertising.

“But above all, what we want the most is to start conversations with women, for women and among women, to nurture solidarity among women and to raise awareness about women’s issues,” Radu says.

“Women’s NGOs have advocated for years for legal changes that could improve the institutional response regarding women’s protection in the face of violence,” she adds. “The recent restriction order comes after huge advocacy efforts by the Network for the Prevention and Combating of Violence Against Women which constantly communicates with institutions and keeps the subject of violence on the public agenda, including by organising an annual march to raise awareness. This work has been done voluntarily for many years. However, we are worried about religious and extremist groups especially, because we feel they put a lot of pressure on institutions in order to stop progressive policies such as sex education in schools, parental education, and the implementation of the Istanbul Convention on combating violence against women.”

The scale of the problem facing Romania is huge. Between 2009 and 2016, 1,374 women were killed in Romania as a result of domestic violence. One in ten Romanian women suffers domestic abuse every year and, disturbingly, a recent survey revealed that more than half of the population believes such abuse to be justified in certain circumstances.

The country loses an estimated 1.6 per cent of its GDP – almost 3.5 billion euros – each year because of the negative impact gender discrimination has on labour market participation. What’s more, that the employment rate is significantly higher for men compared to women means, beyond purely economic terms, that the country cannot benefit from the leadership, innovation and creativity women could offer. Fewer than 10 per cent of the seats on the boards of Romanian companies are occupied by women and, although since January 2018 the country has had its first female prime minister, just 20 per cent of its MPs are women.

Radu is aware that in such a patriarchal, misogynistic society change cannot happen overnight, but is convinced that Asociația FRONT’s campaign can help women get their message across.

“Each year the campaign brings us more and more new followers,” she says. “We are creating a community that engages on these topics and helps make women’s voices a little bit more heard.”