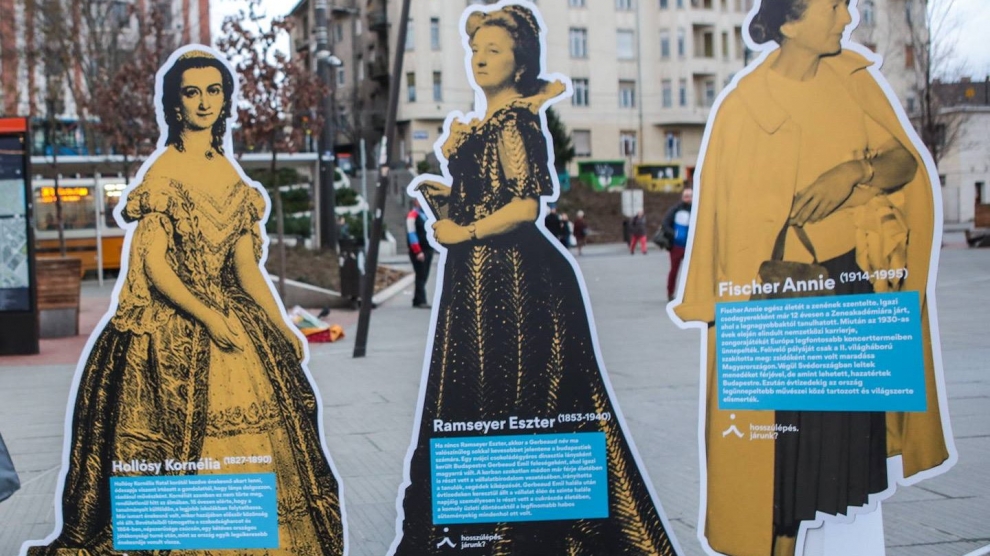 With Budapest’s cultural landscape dominated by statues of men, a Hungarian tour company has taken up the challenge of pushing for more statues representing female icons in the city's public spaces.

The time has come for us not just to walk, but to take meaningful steps.

Those were the words of Hosszúlépés (Long Step), a Budapest-based tourism company announcing its newest social project. In October, the company, which specialises in guided, themed walks around various parts of Budapest taking in the Hungarian capital’s iconic or lesser known historic, cultural, urban or gastronomic features, launched a campaign to raise awareness about women who left their mark on the country’s history. The aim of the project is to honour five women whose achievements have been an inspiration to both Budapest and Hungary with a public monument.

The company has selected 10 female figures from the Hungarian history some better known than others – who were active both in fighting for women’s rights and made Budapest a better place. Of the 10 women, five will be selected by online polls in which people can vote for whom they believe best deserves a statue in Budapest.

Among the candidates already selected are Alaine Polcz, a Hungarian psychologist, writer and the founder of the Hungarian hospice movement, Friderika Goldberger, one of the first iconic Hungarian businesswomen and Róza Bédy-Schwimmer, the world’s first female ambassador (of Hungary to Switzerland) and the founder of the Hungarian feminist movement. Two more places are still up for grabs in the painters and scientists categories.

Voting ends on November 17, the 146th birthday of the Hungarian capital.

“For International Women’s Day in 2019, we wanted to come up with a meaningful ‘gift’ for women in Budapest. We had noticed the lack of female statues in Budapest a few years ago while we were decorating some with balloons for the city’s birthday,” Borbála Koniorczyk, the company’s co-founder tells Emerging Europe. She recalls an article by Anita Kőműves, a journalist at Hungary’s Átlátszó blog, who pointed out that even animals have more statues in Budapest than historical female figures.

Earlier this year, Hosszúlépés set up cardboard sculptures of three extraordinary Hungarian women. The statues – of Anni Fisher, Eszter Ramseyer and Kornélia Hollósy – were only displayed for a day, but thousands of passers-by took an eager interest in them.

This success drove Hosszúlépés to launch a campaign called the Wonder Woman Mission.

“I do not think that if we add five or 10 more statues to the city, our job is done. We aim to continue the conversation about the female figures missing from our collective memory and public spaces,” Ms Koniorczyk says. According to her, “if female role models, who were able to achieve greatness despite their circumstances, are visible in the public space, there will be more girls who believe in themselves and more boys who support their dreams.”