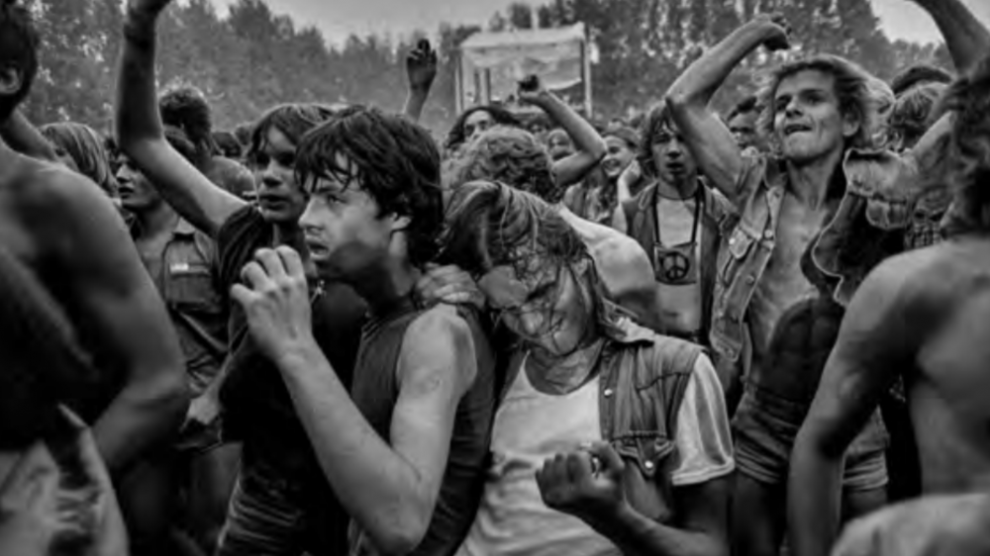 Bratislava is currently hosting the 29th edition of the International Month of Photography, which runs until the end of November at the Central European House of Photography and a number of other venues across the Slovak capital.

The event’s theme is built on the opposition between the home and nomadism. Some of the topics covered include Zen Knap’s observations on the passage of time in nature of life and British-Polish photo-reporter Chris Niedenthal’s authentic documentary photography of the struggle between Solidarity and political power during the 1980s in Poland.

On the occasion of the 30th anniversary of the Velvet Revolution, the organisers decided to also include, as a key theme of the festival, a selection of photographs reflecting the events of November 1989, and those authors who were opposed to communist power in the then Eastern bloc.

Some of the exhibitions will bring back memories of the communist era and the Velvet Revolution. This includes the Sametová/Nežná (Velvet) exhibition and another presenting Slušovice, a village in the Czech Republic, which used to be a Czechoslovak showcase owing to its huge and thriving collective farm.

“However, it will not be a tour of historical photographs,” said the festival’s director, Václav Macek.

Among the best-known artists whose work is on display is Czech photographer Vladimír Židlický, known for his experiments with the heritage of classical art disciplines, who has brought to Bratislava a large retrospective mapping his work over the past 50 years.

Mr Židlický also uses photography as a starting point for placing his fine-art and visual ideas in layers, creating attractive, multi-layered works. Up to 100 of these works are displayed at the festival.

The Month of Photography is an event that was created in 1991 thanks to the European House of Photography in Paris. France is the guest of honour of the 29th edition, represented by the works of two extraordinary personalities: Robert Doisneau, who perfectly reflects the joyful and optimistic era of the fifties and sixties and Bernard Plossu, who in the following decades looked for new forms of photography.

Spanish artist Joan Fontcuberta, who uses the medium of photography as the basis of his conceptual creation, will be the main star of the event, however. As a photographer, as a writer, editor and curator, he is most intensively devoted to the subject of photography and truthfulness. Two works in particular are worth looking out for in Bratislava: Gastropoda and Trauma. In both cases, the author approaches photography as a living organism.

“Photographs are subject to organic metabolism,” says Mr Fontcuberta. “They are born, grow, reproduce, and die to re-launch the life cycle.”

In the Gastropoda project, he deals with photo metabolism; in Trauma he observes what happens when a photograph stops showing reality due to degradation of light-sensitive chemicals.

Other collections include Maija Laurinen, a Finnish visual artist who works with moving image and photography as well as light and text, posing questions regarding time and becoming, darkness and silence or the transient nature of the present. Work by the Polish art group Sputnik, and Slovak photographer Martin Kochan, famous for creating images that are funny, ironical and critical reflection of the public space, will also be on display.

International Month of Photography continues to November 30 at the Central European House of Photography, Bratislava, and a number of other venues across the Slovak capital. More details here.