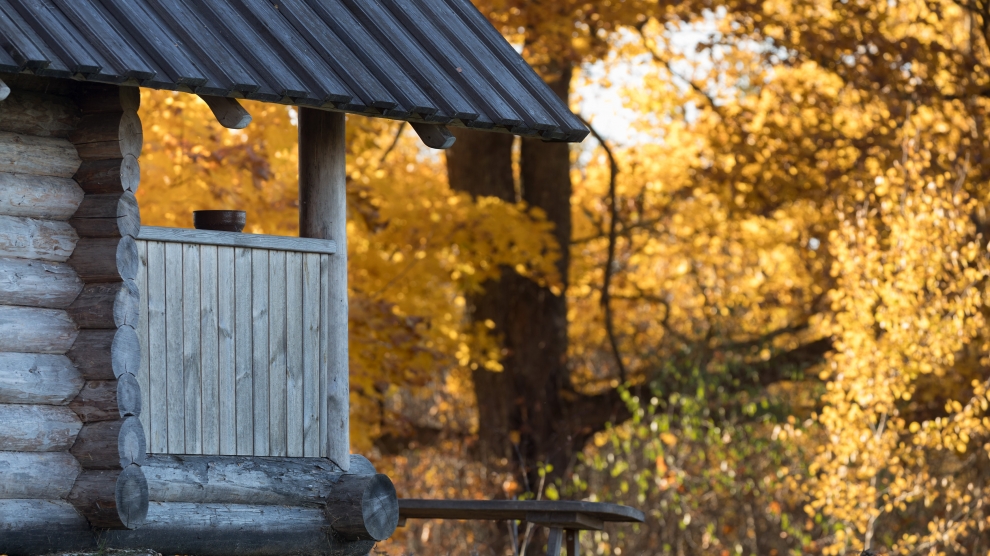 We are used to hearing about people moving from rural areas to big cities looking for more job opportunities. However, we have recently begun to see people moving in the opposite direction. Young people, tired of the busy city, are moving to the countryside in search of a better quality of life.

A mangalica farm in Hungary

“Living in the countryside in one word? Calmness,” says Zsóka Fekete, a young Hungarian who decided to leave Budapest to take care of a farm of mangalica, a Hungarian breed of domestic pig.

“The countryside is more calm, not crowded and people know each other, although this can also be a disadvantage – I have some experience with this,” she tells Emerging Europe. “But also, there is no air pollution, just fresh air.”

Zsóka had a comfortable job with an international company. And prior to that, she had travelled and studied abroad as much as she could.

Now her daily routine is completely different. She starts early in the morning and stays up until late to answer emails and do some paperwork. Fortunately, she can also count on her family: her father helps her with the animals and her mother often accompanies her to Lehel market in Budapest, where they sell the farm’s products every two weeks.

“It was a hard decision, to change life,” she recalls. “In 2012 I applied for the EU’s Young Farmers Support scheme and I got the chance to buy a stock of mangalica – 20 sows – for a very good price. But as soon as they arrived, the owner told me that more than half of them were pregnant so after only a week I found myself with more than 50 pigs. I used to spend weekdays in Budapest and the weekends at the farm. Until I decided to live my own life and start my own business.”

Zsóka has always been familiar with animals. When she was nine years old her grandmother bought her some little rabbits, destined to be cooked for Easter.

“I actually started to breed them,” she admits. “After one year I had more than 100 rabbits in our garden and I was earning money with them. Then I got ducks, chickens, geese, turkeys.”

She then lived in England, the Netherlands and Denmark. But she left it all behind to run a farm in northeastern Hungary.

“I’m an energetic person, with everything that comes with this word: I am motivated, crazy – in a good way – I never say something’s impossible.”

Now she would like to go even further and take her produce abroad, increasing the farm’s productivity as it cannot provide as much as its customers’ order.

“That’s my life,” she adds. “I love my life, I love mangalica and I hope I can offer customers my best products.”

Her only complaint? The distance between her farm and the market in Budapest.

Distance is also a challenge for Elin Priks, director of the Setomaa tourism board, in southeastern Estonia.

“To be independent you have to own a car, as public transport often does not exist or runs only a few times a day,” she says.

And everything has to be planned in advance.

“Let’s take, for example, changing the winter tires: everybody has to do it within two weeks and we all seem to wake up with this plan on the same day,” she adds. “Here people are working until 5pm and then it is over. In cities, during that season, they often work 24/7.”

But that’s counterbalanced by a more intimate feeling, almost like the one you find in a family.

“I like that in a smaller community, I know people’s names and faces,” she tells Emerging Europe. “In cities, people are more anonymous and often the talk is more superficial. In the countryside people seem to have more time, they are less driven by money and are more skillful.”

For Elin the countryside enlivens the senses: you can hear birds, animals, the sound of the rain. You can feel the air, so clean and fresh.

“As the cities become more nervous, the home of traffic jams and weird illnesses, young people have started to move to the countryside, to grow their food and work long-distance,” she continues. “Estonia is one of the best countries in the world for start-up companies and thanks to good wireless networks work can be done anywhere. Almost.”

Elin grew up in Tallinn where her family has been living for four generations. But she used to live close to the forest, so nature was always an important part for her. She defines it as her church.

“Three years ago I packed a few bags, took my foster cat and started the four hour drive to Setomaa,” she recalls. “I went alone, without knowing a soul there. Setomaa is a very small region in Estonia, bordering Russia. A very small and closed community. It is like Estonia but nothing like it! In some ways, it is like living with native people, who still have contact with nature, skills from their ancestors, patriotism, love for their land and pride in their cultural legacy. I somewhat knew this before and wanted to be part of it.”

She knew exactly what she was walking into and she embraced it. In winter she rents a small forest house from her friends, that is about 12 kilometres from where she works. The house doesn’t have electricity and she has to bring water directly from a well, and each evening she lights a fire.

“The food made on a real fire tastes so much better,” she says. “This is my absolute luxury. After a day of work, I read books with candles and flashlight. As there is also no network coverage, there is no interference. I haven’t had a TV for five years now and the closest cinema is about 50 kilometres away. The closest theatres, which I adore, are in Tartu, around 100 kilometres away.”

Elin also notes how moving to the countryside has become a trend in Estonia.

“People, especially young families, are tired of being nervous and busy all the time,” she explains. “Estonians like nature, local food, often self-grown. The Estonian government offers parental leave of up to two years during which time you can still receive a salary. So often in Estonia children grow up doing things with their parents – picking mushrooms, making jam and they continue living the traditions.”

It is not only the government which helps: banks have become more approachable and see that valuable real estate can also be bought in rural areas ,not only in the cities, and appreciate this future potential. As director of the tourism board, Elin can also testify how rural tourism can become a trend.

“Of course the most visited place is the capital, Tallinn,” she says. “It’s a well-known medieval Hanseatic town with a fairytale-like old city. Now visiting the city, I see it differently. And the city has changed so much. New houses, new places, old restored areas. Also, the summer capital and spa city of Pärnu is popular, as is Tartu, a university city. Among the rural areas in northern Estonia, close to Tallinn, the most visited places are the Lahemaa National Park and the coastline full of fishing villages. Hopefully, there will be more visitors who are interested in a rural lifestyle.”