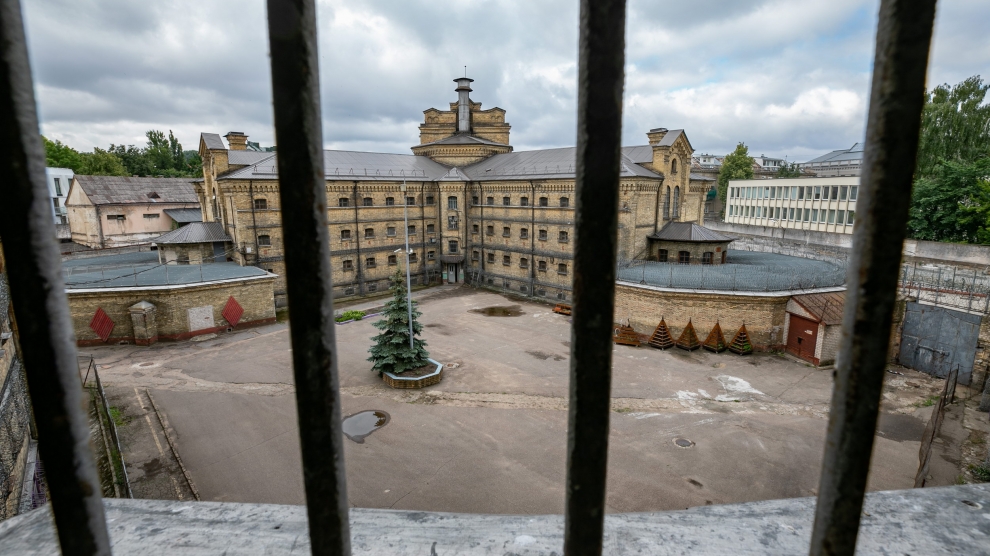 Lukiškės prison in the Lithuanian capital Vilnius – once a maximum-security place of confinement – has been transformed by artists into an alternative Christmas destination. The facility, built when Vilnius was part of the Russian empire, will welcome residents and visitors with light installations, a Christmas tree made of water and other objects of experimental art, all dedicated to the topic of metamorphosis.

Dubbed the Alternative Christmas Yard, the former prison, located in the centre of the Lithuanian capital, will host work which symbolises the transformation of the space and its search for a new identity. It will also play the role of an alternative meeting point and a substitute for traditional Christmas markets. Last year, a similarly experimental Christmas hotspot in Vilnius was built on the non-operating platforms of the city’s railway station.

“The Christmas spirit will invade a zone that for so long was beyond the reach of most city residents and guests,” said Remigijus Šimašius, the mayor of Vilnius. “The city sees this former prison yard as an open cultural space that may be used for events and other needs of citizens and businesses. The Alternative Christmas Yard initiative will become an impulse that can make this part of the city centre more attractive.”

Lukiškės prison used to be one of the least attractive spaces of the Lithuanian capital. Built in 1902, when Lithuania was under the rule of Russian tsars, it was initially designed as both a jail for pre-trial detention and a prison for punishment. More than 400 prisoners could serve their sentences there, while almost 300 people could be detained at the same time. In 1905 Saint Nicholas Orthodox Church was added to the complex, which also housed the administrative offices and even apartments of the prison officers.

Most of the regimes used Lukiškės prison not only for punishment of criminals, but for incarceration of political opponents as well.

Several years ago, the Lithuanian government took the decision to close the prison and relocate the prisoners and staff to other confinement facilities. The relocation was completed in the summer of 2019 and now, this once-grisly space is about to be transformed by an artistic experiment.

“For some time we have discussed this idea of light installations in unexpected locations. These installations symbolise that Vilnius is an open, brave city that is ready to face the gloomy parts of its history by transforming them into something completely different and unexpected. The closure of Lukiškės prison inspired the first installation of this kind, and I hope we will be witnessing the beginning of a new artistic tradition,” said Darius Kupliauskas, the coordinator of the Alternative Christmas Yard project.