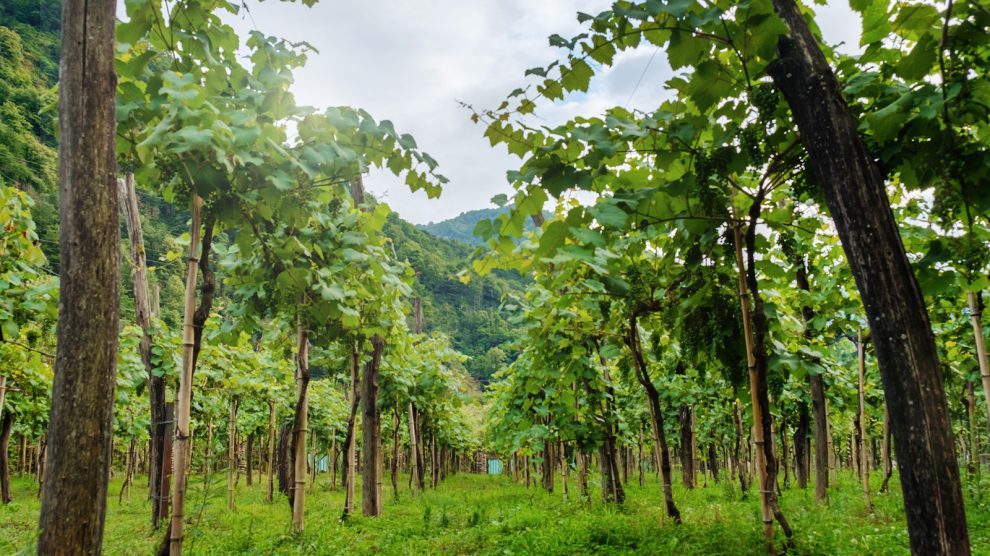 Georgia’s experiment with wooing foreign investors to boost its agricultural industry has had mixed results. However, it has led to an unlikely community settling in the country.

A decade ago, Georgia was looking for creative ways to revive its flagging agriculture sector.

Showing remarkable imagination, the Georgian government identified a community 5,000 miles away that could help them: the South African Boers.

Boer, meaning farmer in Dutch and Afrikaans, refers to South Africans of Dutch origin. Their agricultural pedigree is unquestioned, and around 40,000 Boers continue to own the majority of South Africa’s farming land.

However, since the end of apartheid in 1994, large numbers have emigrated, primarily to the United Kingdom, the Netherlands and Australia.

The fact that South Africans of European origin continue to possess the bulk of the country’s most fertile land has led to conflict with indigenous Africans.

This sometimes turns into violence. According to statistics from the South African government, there are roughly 60 murders of Boer farmers each year, just one example of South Africa’s overarching problem with violent crime.

Boers have also been concerned about their land being appropriated by the South African government in the name of reducing the inequality caused by apartheid.

In recent years, these fears have been heightened since the emergence of Julius Malema, a young, firebrand politician with inflammatory opinions about the European-origin farming community.

As such, it was easy for the Georgian government to present their country as a viable destination for Boers looking to relocate.

Georgia has a strongly pro-business environment, regularly scoring high on the World Bank’s Ease of Doing Business index. Crime rates are low, particularly compared to those in South Africa.

Furthermore, despite being blessed with incredibly fertile land and once an agricultural powerhouse, Georgia’s agricultural sector has been underperforming in recent decades, presenting an opportunity for skilled farmers to advantage of.

Less than half of Georgia’s arable land is in use. The country has half the number of cows it did in the early 1990s, when it declared independence from the Soviet Union. And while agriculture employs roughly half the population, it only accounts for eight per cent of the GDP.

In 2010, Georgian authorities offered 100 prospective immigrants a tour of the country. The Georgian government was also interested in the winemaking expertise Boers possessed – Georgia has for centuries been a major producer of wine, but with a few exceptions its domestic products have yet to find much commercial success on international markets.

According to Georgia’s former Minister of Economy and Sustainable Development Vera Kobalia, the initiative was heavily influenced by then-president Mikheil Saakashvili’s Dutch wife, Sandra Roelofs – Afrikaans, the language spoken by the Boers, has substantial similarities with Dutch.

While there are no official statistics ad to the exact number of Boers who have made the journey, according to boers.ge, a website set up by the Transvaal Agricultural Union of South Africa, Boers currently own about 10 per cent of arable land in Georgia. Jam-news, a news site focusing on the Caucasus, estimated that as of 2016, there were “several hundred” South African families now living in Georgia.

By all accounts, the settlers have acclimatised well to their new surroundings.

However, the programme to invite Boers to settle in Georgia has not been entirely well received my parts of the Georgian population. Some are frustrated that their government would take such extreme measures to invite and accommodate foreign farmers, but not do the same for Georgians.

Over 40 per cent of the Georgian population still lives in rural areas, relatively underdeveloped compared to the rest of the country.

Addressing a rise in rural discontent, in 2017 and 2018, the Georgian government passed legislation severely limiting the sale of agricultural land to any foreigners. This has restricted new migration from South Africa – according to the Transvaal Agricultural Union, there have been no new land purchases by South Africans since 2017.

Although the programme has largely now been brought to a halt by the legislation driven by the public backlash, it was around long enough for a decent sized South African community to form in Georgia.

Today, the Boers are just one of the myriad peoples living in the Caucasus.

And unlike your run of the mill expat community – they don’t plan on returning home anytime soon.