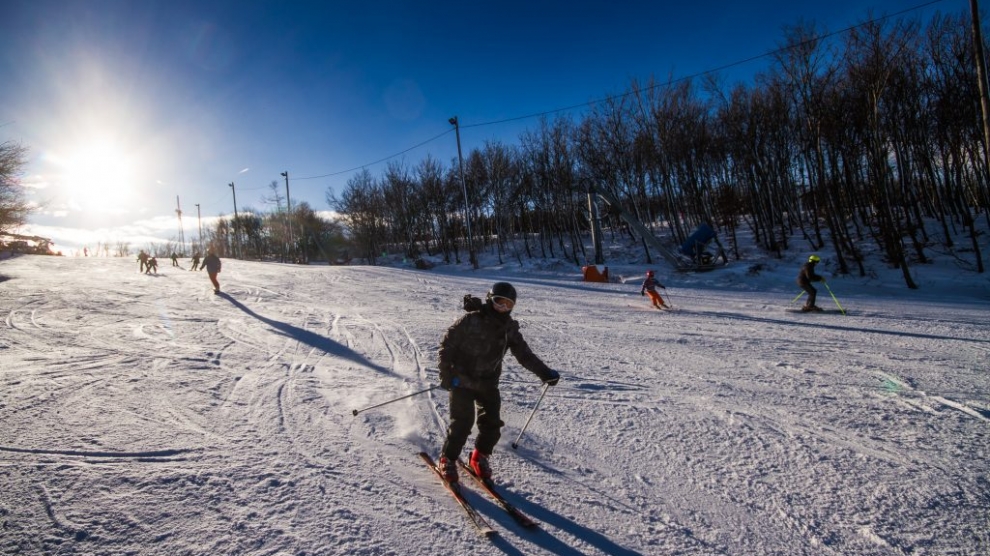 Did you know you can ski in Hungary? Until recently, I didn’t. And quite frankly, I had always made fun of Hungarians due to the fact that every hill over 200 metres in height is called hegy, which literally means mountain.

Let’s take for example Gellért-hegy. Every tourist has seen or in many cases climbed the 235-metre hill overlooking the Danube in Budapest, where from the Citadel which sits at the top it there are beautiful views over the city. Or János-hegy, the highest point in Budapest at 528 metres. It may sound ridiculous today, but a quarter of a century ago these little hills were used by fans of winter sports. Families with children would go sledging, while the most adventurous would ski.

These days it doesn’t snow a great deal. I remember my first winter in Budapest, when a week of temperatures that dipped below minus 20 degrees made me worry I had chosen the wrong country in which to live. It was probably the coldest winter in Hungary over the last three decades. Since then, things have warmed up. At one point this December the temperature reached an amazing 15 degrees.

But outside of the capital, you can still ski in Hungary.

Hungarians love mountains and alpine sports and have been busy developing mountain resorts. The resort preferred by the people of Budapest is the Eplény ski arena, just an hour and 20 minutes from the Hungarian capital. It has gained popularity thanks to its size (it offers almost eight kilometres of slopes) and its variety, offering something to keep both beginners and experienced skiers entertained. There are eight ski-lifts and 44 artificial snow cannons that ensure fresh snow throughout the season. Furthermore, in 2016 a snow park was built, for more experienced freestyle riders.

This season started quite early, at the beginning of December, due to a short period of cold weather and an abundance of snow. Then it got warmer but there was enough snow left, at least on the pistes. It was a little bit weird to ski surrounded by green trees and green plains. But for a beginner like me, it was a good way to practice before heading to the Alps. Every would-be snowboarder in Hungary appeared to agree: you had to be really careful to avoid them as they lie scattered over the slopes with their butts on the ground.

Eplény is nevertheless great fun and a good way to spend a Sunday with friends or family, although I have to admit it is a little bit overpriced. A daily ski pass cost the equivalent of over 30 euros, which is just a little bit less than some of the huge ski areas in the Dolomites or the Tatra Mountains in Slovakia.

I Dance Hungary: Online lessons aim to bring folk dance to the world
Six of the best: Emerging Europe’s restaurants of the year
Comment

As Prague emerges from lockdown, the city eyes a different kind of visitor

Kosovo gets a new government, but old problems remain