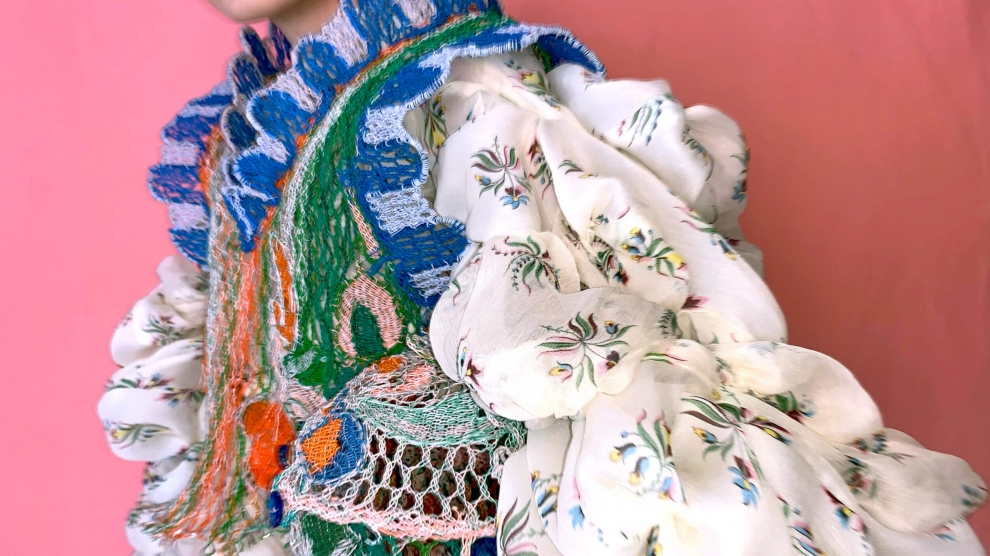 Romanian designer Alexandra Sipa wastes nothing, not that you would tell from looking at the 23-year-old Central Saint Martins graduate’s garments. Rather, her intricate and vibrant designs are more works of art than they are bell dresses or corset-like tops. However, it is this waste-not mentality that makes her graduate collection Romanian Camouflage, so visionary.

Part of her collection, and what has become her signature look, are designs made out of discarded wires. As obscure as this may seem, the idea arose out of a happy accident in her second year at the world-renowned London fashion school.

“I was researching for my sustainability project for school, and my headphones broke,” says Ms Sipa, “I noticed the wires inside were so colourful. It was also the fifth time I had broken my headphones that year, so I wanted to find a way to reuse them and thought about creating a fabric out from them.”

From this sprung her core concept, recycling meets fashion. This was in part inspired by her upbringing in eastern Romania.

“In Bacău, Romania, we don’t throw anything away. Here, the most mundane objects are treated like treasures. No matter the value, they are kept to last a lifetime,” explain the subtitles in her recent fashion film.

Trips to her grandmother’s house saw this concept flourish. “Her home is one of the most creative, colourful places I’ve ever been. She’s a very outgoing, confident, creative woman, and you can see that in everything that surrounds her,” says Ms Sipa. “She will make any object look like a treasure, no matter where it came from.”

Sipa’s designs are not only environmentally friendly, but their innovative approach to recycling makes for technically brilliant pieces.

The vibrant colour palette of wires, while futuristic, is paradoxically reminiscent of traditional garbs worn by Romanian women. The bursts of bright hues, mixing in with honeycombed and ornate tessellations act as a nod to her home country. 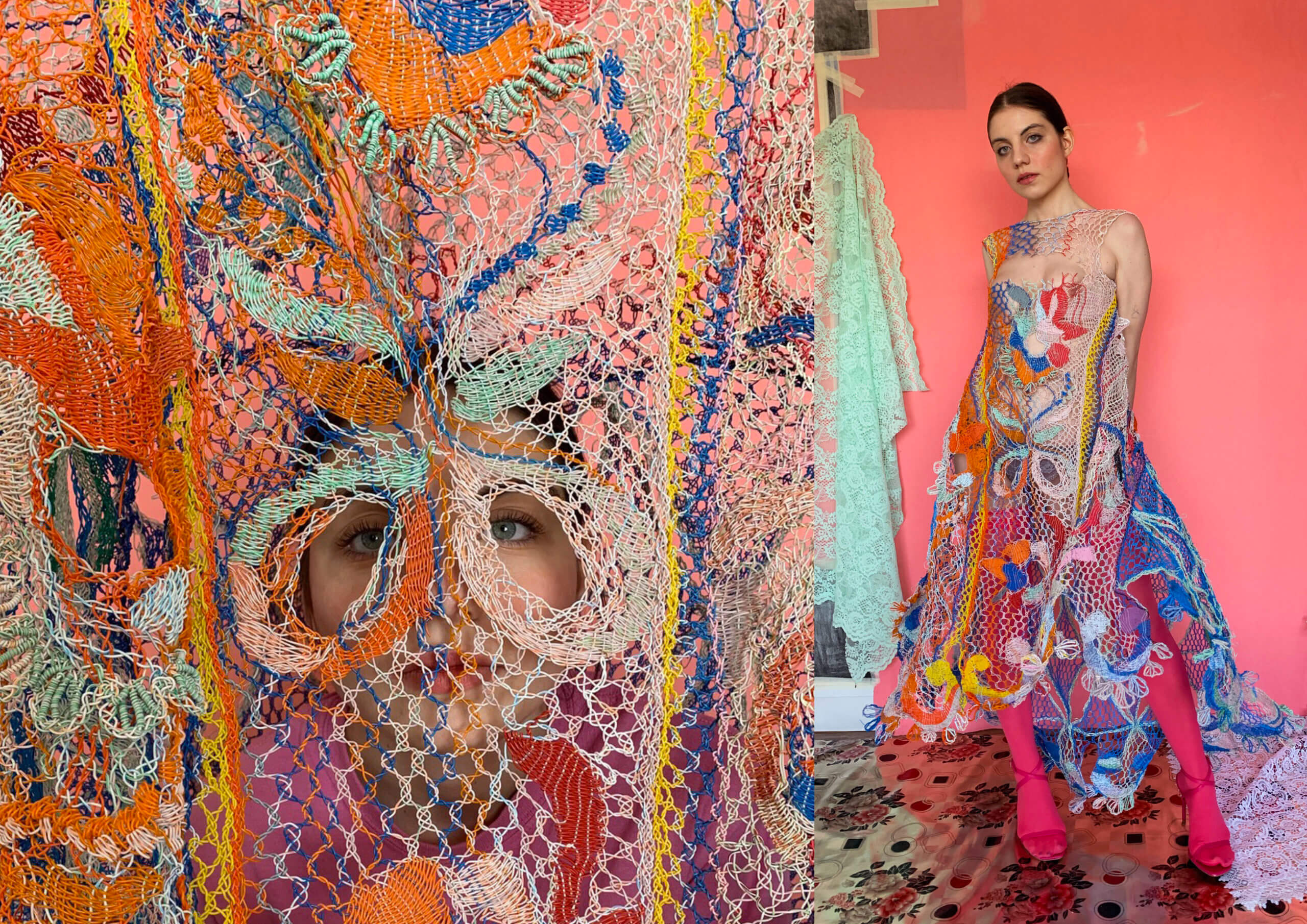 This too was influenced by trips back to Romania, particularly the oxymoronic nature of the capital, Bucharest, which combines an extreme austerity with heightened femininity.

“The aesthetic of Bucharest is a mix of French architecture, grey brutalist apartment complexes, and megalomaniac communist structures, like the Palace of Parliament,” says Ms Sipa. “The women are usually very careful about the way they look, getting all dressed up for a supermarket trip and loving the ultra-glamorous, ultra-feminine look.” It is this sort of dualism that is present throughout her designs.

However, her clothes are not austere in a hostile sense. Rather, Ms Sipa went through several trials to perfect her technique, so the clothes felt “safe and protective, like a shield,” rather than rigid and prickly. Instead, they enclose the body, as if an extension of human motion.

Ms Sipa was also influenced by her mother, a lingerie designer, who introduced her to fashion at a young age. “She made cardboard cutouts of Barbies for me to trace on paper and draw on top of and taught me how to hand-sew,” says the designer.

She explains that she was always attracted to the hyper-feminine. Throughout her childhood, she wore all-pink outfits, and carried her dolls around everywhere. This prompted laughter from family and friends, causing her to repress this side of her style.

Yet, when coming to Central Saint Martins, she re-discovered this vibrancy. Now “everything in the collection reminds me of something that brings me joy,” she says.

The collection also features eccentric fabrics echoing kitschy beach towels found by the Romanian seaside, adorned with prints of women in bikinis and cartoon dolphins. However, with Ms Sipa’s appropriation, the styles step over the kitsch and into the intriguing, where the fabric takes on a whole new life.

Her tributes to Romanian culture not only step into Ms Sipa’s finished product but also in the process. She employs a lace technique used all over Romania, notably in her grandmother’s tablecloths. One particularly stunning a-line dress took over 1,000 hours to make, all from recycled materials, and traditional techniques.

Now, after graduating, Ms Sipa is working on an online store, and to make clothing accessible and affordable. She also aims to continue developing ways to use recycled materials, particularly with new forms of innovative embroidery, giving discarded objects a new, fashionable, lease on life.

This is an issue close to her heart, where the fashion industry, notably fast fashion, makes up for considerable amounts of carbon emissions and landfill every year.

While she feels that awareness in the industry towards the climate emergency is increasing, she believes that “companies need to recognise the business opportunity in the circular fashion industry.”

And for Ms Sipa it is not just about environmental ethics, but political and social.

“Fashion needs to become more sustainable from the inside out, not only in the materials used but also ethically in the treatment and compensation of workers in the production chain and workers designing the clothes.”

It is this kind of forward-thinking, not only in designs but the holistic approach, that sets the young designer apart. After internships with giants such as Balenciaga, Ms Sipa has stepped out on her own path and is sure to carry a piece of her home country with her.