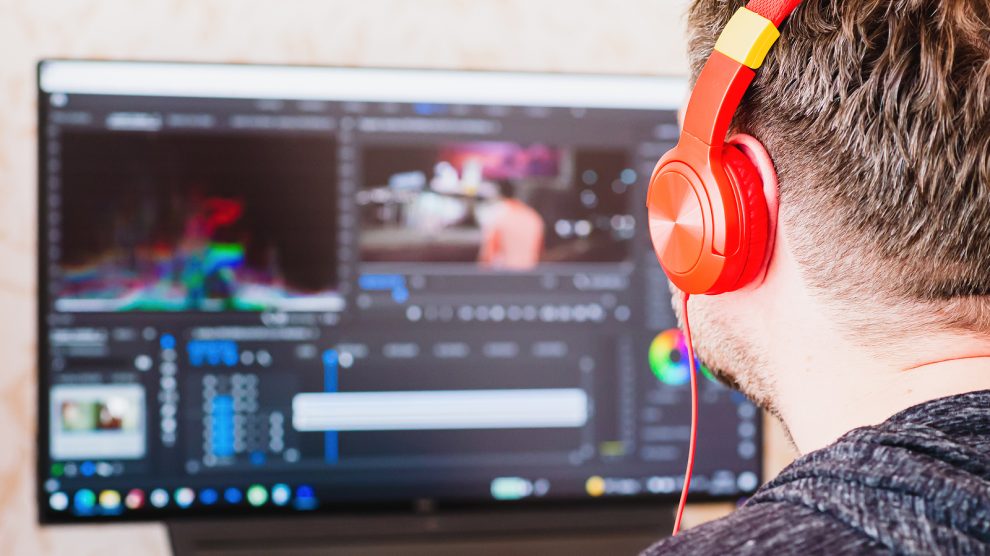 Ukraine’s IT sector has had to adapt to the realities of war but continues to operate at almost full capacity despite the extraordinary conditions: a sign of its, and Ukraine’s, resilience.

A month on from Russia’s full-scale invasion of Ukraine, the Ukrainian IT sector remains resilient, robust, and a crucial part of the country’s economy.

A stable source of foreign exchange earnings, the sector is also helping to ensure the digital security of the Ukrainian state: five per cent of IT workers have signed up for Ukraine’s cyber force, with an additional two per cent (mainly those with pervious military experience) have joined the armed forces.

“It is of great importance for us to continue delivering services and providing financial assistance to Ukrainian defenders, citizens and supporting the economy,” says Konstantin Vasyuk, executive director of the IT Association of Ukraine.

“Just within the first 10 days of the war Ukrainian IT companies managed to pay 6.3 million US dollars in tax in advance. This contributes to us winning the war as we finance the army, who are on duty, protecting Ukrainians, and giving Ukrainian business an opportunity to continue working and developing the industry.”

According to the IT Association of Ukraine, around 85 per cent of IT workers continue to deliver services for clients. Some 70 per cent are doing so from safe areas within Ukraine, while a further 16 per cent (mainly women) have relocated to other countries.

Those numbers are confirmed by Andreas Flodström, CEO of Beetroot, a software developer.

“We are currently working at around 85-90 per cent of our normal capacity and are able to meet our deliverables towards clients during March,” he tells Emerging Europe.

“Around 20 per cent of our team members have moved outside of Ukraine, mostly to Poland, Bulgaria and Romania, while the rest are still in Ukraine. We are partly able to hedge the capacity with the help of our partner teams abroad, as well as some team members in safer positions covering up for others. I am proud to work with such a resilient team of Ukrainians.”

Valery Krasovsky is the CEO and co-founder of Sigma Software Group, which has been providing IT services to enterprises, software product houses, and start-ups around the globe since 2002.

He says that from the first day of the war, the top priority of Sigma was the safety of its people.

“In line with our business continuity plan, we began the evacuation of our team and their families from Kharkiv and other cities to the western part of Ukraine and abroad,” he tells Emerging Europe. “Our company has made an incredible effort to relocate more than 2,800 people to work for the good of the country and help our defenders. Today, 95 per cent of our employees are working as usual.”

Incredibly, despite the dramatic situation, Krasovsky says that the company is actively growing.

“We are opening new offices around the world, attracting new clients, as well as receiving new projects from our current customers. We are continuing our recruitment campaign abroad, and we are keen to hire Ukrainian specialists who fled.”

“What’s also amazing,” he adds, “is that even in the situation when many of us were forced to leave our homes and quickly adapt to the new normal (again!), we find ways and resources to support those who need help.

“More than 320,000 US dollars was donated by our employees and transferred to the armed forces of Ukraine. Many of our specialists started assisting volunteer organisations, some joined the army and territorial defence forces, others are delivering food and medicine on their own.”

Sigma’s parent company Danir has additionally donated one million US dollars to help those who stayed in Ukraine and those who have decided to rebuild their lives elsewhere.

Jan Webering, CEO of Avenga, a global IT and digital transformation company, reports that he has also been hiring in Ukraine, despite the war.

“Our goal is not only to keep business stable but to continue growing it. And it’s working: in the weeks since the war started, we have hired more than 20 people in Ukraine alone,” he tells Emerging Europe.

Like so many other companies, Avenga had made contingency plans.

“As a company with partly Ukrainian roots and 1,200 employees in the country, the Russian invasion did not catch us unprepared,” adds Webering. “Today, exactly one month into the war, we know that our far-sighted business continuity planning of recent months has paid off. We have used all the opportunities available to us as a global organisation to combine taking care of our people and fulfilling the commitments to our clients.”

An essential part of Avenga’s contingency plans was transferring critical infrastructure and data to secure environments in the EU and the United States months ago.

“Today, this enables our employees to work via VPNs from wherever they are,” says Webering. “Our employees worldwide have demonstrated a unique team spirit in running our delivery and operation activities to make top-notch software products. In Ukraine, too, we continue to work on our clients’ projects, especially at our office in Lviv.”

Another Ukrainian IT company we spoke to about its operations since the war began is Amdaris, a software developer active across Ukraine, Moldova, Bulgaria, Romania, the UK and Dubai.

“Thanks to our multi-centre business model, we managed to swiftly relocate all our projects with minimal disruption and loss of velocity for our clients,” Olga Snegur, centre director Amdaris Ukraine tells Emerging Europe.

“All of our clients were contacted immediately and were fully supportive. We implemented our contingency plan quickly and our clients were impressed at the speed at which we were able to react.

“We’ve made two pledges of support to the wider software development community. Firstly, we’ve offered secure employment to any developer, QA or project manager with relevant skills who has been forced to leave Ukraine. Secondly, we’ve offered our support as an emergency supplier to any company working with Russian or Belarusian tech suppliers. We have already had several businesses take us up on this offer of help.”

Like all of the country’s IT companies, Amdaris remains committed to Ukraine.

“We have pledged to stand by Ukraine, now and for the future, and are committed to returning when we can to help rebuild and re-establish the country’s thriving software development sector. Until then, we are standing by the courageous Ukrainian people and trying to help in any way we can,” adds Snegur.

Liubov Mochalova is the CEO of the European Association of Software Engineering (EASE), a community of more than 6,000 IT industry representatives in Ukraine and Europe.

She says that the first week of the war was the hardest, “the need to overcome fear and figure out what to do next. The first thing we did was make sure the team was safe – most moved to western Ukraine.”

Then, she says, it became clear that it was necessary to change the model of work of the association, because the needs of companies changed dramatically.

“The team and I quickly set up work in the new reality: we communicated with companies and collected requests. We helped IT companies with relocation to western Ukraine and abroad, organised free consultations with a psychologist, helped with currency exchange and solved many coordination tasks.”

Mochalova says that in cooperation with the Ukrainian Ministry of Digital Transformation, she organised the delivery of Starlink stations, which helped to ensure uninterrupted internet for IT teams.

“But the biggest pain for the IT market during the war was the catastrophic loss of orders and customers. And something urgently needed to be done about it. Therefore, our team developed and recently released the EASE work platform. You can place your own free IT team on it, which European customers can hire for a project. We hope that the world will begin to place their projects there and find people for them here in Ukraine.”

Made in emerging Europe: Estonia’s 10th unicorn Glia, Naco, Sportening, and LitBAN for Ukraine
Fast turnaround is the name of the game in the warehousing industry
Comment