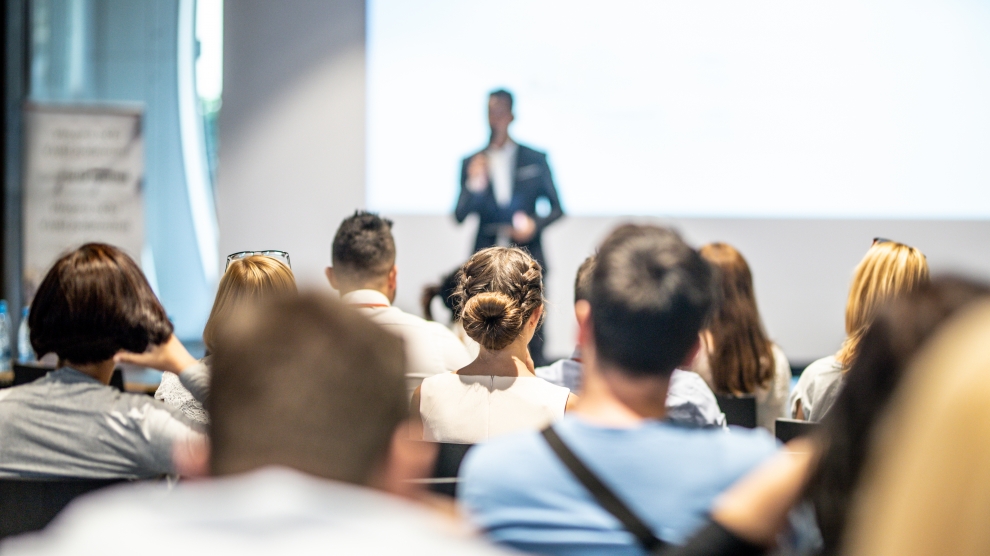 Higher education has traditionally been both strong and popular across emerging Europe. In 2005, for example, there were 1.95 million students in Poland, around 500,000 more than in the United Kingdom at the time — a significant difference considering the UK’s overall population was 50 per cent larger than Poland’s.

This has posed a number of problems for higher education establishments, especially in the public sector, who have had to reconsider their value proposition and learn to compete in a market economy: both at home and abroad.

According to Błażej Podgórski, vice-dean of the College of Finance and Economics at the Warsaw-based Koźmiński University, business partners are one of the reasons why his school is one of those that has been able to buck the trend.

“Accenture, Goldman Sachs, KPMG, BMP Paribas, S&P Ratings, and Microsoft are only a few examples of companies with whom we have created programmes,” he says. “They have helped us understand which skills will be needed in the market over the next five or 10 years. Over 70 per cent of our students now receive more job offers than they can take.”

For Jana Stehlíková, coordinator of foreign language programmes at the University of Economics in Prague, it’s a similar story.

“We have a network of over 50 business partners, for example: KPMG, Deloitte, EY, Accenture, ADP, Amazon, PWC, ČSOB, BDO, Plžensky Prazdroj, Škoda, Česká spořitelna, and once a year these partners come to our university and present their internships and offer part-time jobs,” she says. “Students just come to our school and a job is simply offered to them. At the same time our partners know that at our school they will find students with a good background.”

“The labour market and its demands have been the reference points for us since the beginning of the 1990s,” Piotr Karwowski, spokesperson for the Warsaw School of Economics (WSE), tells Emerging Europe. “We are a meeting point for both students and employers and are trying to create the best conditions for them.”

These favourable conditions seem to be working, especially for WSE graduates.

According to the Financial Times’ European Business Schools 2019 report, published in December 2019, salaries of WSE graduates increased by 122 per cent, which is the best score among the universities included in the research.

According to Iva Eibel, PhD programme manager and head of corporate communications at the IEDC-Bled School of Management in Slovenia, all IEDC participants are already experienced executives and normally have a leading position in their companies. “After completing their studies, 76 per cent of graduates report an increase in their earning power,” she says.

Grażyna Rembielak, EMBA and MBA programme director at the Warsaw University of Technology’s Business School, says that one of her university’s best-selling points is that it offers business trips abroad, including destinations like India, China and the US.

“We pride ourselves on having a very well-designed personal development programme, which helps students understand their strong points as well as those on which they need to work. We offer a professional competence diagnosis, individual leadership coaching sessions and substantial guidance through the whole process.”

“[The number of] quality programmes in the region has significantly grown over the past few years, which is best shown by the Financial Times’ European Business School ranking which now includes five business schools from the Czech Republic, Hungary, Poland and Slovenia,” Deborah Somers, regional director for Europe at the Graduate Management Admission Council (GMAC) tells Emerging Europe.

International accreditation brings with it prestige and exclusivity, which business schools can use to their advantage in their marketing messages. Ms Eibel of IEDC-Bled School of Management shares that, “In 2020, we are introducing a practical development focused doctoral programme — DBA or Doctor of Business Administration, accredited by the Association of MBAs (AMBA). It is one of just 10 DBA programmes around the world that have this accreditation.”

A large number of programmes can pride themselves on having acquired accreditations from the Association to Advance Collegiate Schools of Business (AACSB), the Association of MBAs (AMBA), EFMD Quality Improvement System (EQUIS), the Foundation for International Business Administration Accreditation (FIBAA). Koźmiński University has acquired triple accreditation, also known as the Triple Crown, a combination of accreditations held by less than one per cent of business schools in the world.

The Warsaw School of Economics has been offering joint MBA programmes with ESG University of Quebec at Montreal UQAM for almost three decades. The Corvinus University of Budapest (CUB) has recently added a finance-oriented EMBA double-degree programme with China’s Fudan University and in partnership with the National Bank of Hungary.

Poznań University of Economics and Business, recently named the best business school in the country by Poland’s Perspektywy Education Foundation 2019 ranking, runs an executive MBA programme with Georgia State University in the US, and there are dozens of similar examples across the emerging Europe region.

New, innovative programmes and more international students has resulted in what has been dubbed as internationalisation at home – a key objective for all universities in the region.

“It means that students from our country don’t have to go and study abroad to experience the international university environment. They have the same at our university,” says the University of Ljubljana’s Ms Sagir.

WSE’s Mr Karwowski adds that international students contribute greatly as they create added value and provide another perspective in a fast-changing, globalised world.

He identifies two major groups of students, those from Eastern European countries such as Ukraine or Belarus, for whom studying in Poland means acquiring quality skills and knowledge close to home; and those from around the world who want to learn about the region’s specifics.

György Walter, director of the Corvinus University of Budapest’s MBA Centre highlights the combination of these regional experiences and the general management knowledge. “What we offer, besides full international content, is more focus on special CEE-based and Hungarian case studies,” he says.

“Poland offers the know-how typical of a country that has undergone a social and economic transformation, which might be particularly useful for professionals working in other, less developed parts of the region as well as other economies across the world which are in a similar transition process, especially those combining elements of capitalism and central planning,” she says.

“Poland is still an emerging market, which gives students a lot of opportunities to observe dynamic changes and to participate in the development of local and regional companies,” says Anna Matysek-Jędrych, director of Executive MBA at the Poznań University of Economics and Business.

GMAC’s Ms Somers says that business schools in Central and Eastern Europe are well placed to educate talent to the business challenges that global companies need to address in these markets.

“They also have a competitive advantage in offering high-quality programmes at lower tuition fees compared to their counterparts in western countries,” she says.

Ms Somers believes that business schools in emerging Europe have the potential to attract even more international students once they start raising awareness of the region as a study destination.

“Working together to promote the region, identifying the right target groups and communicating effective marketing messages will help business schools attract talent to their programmes and support their recruitment process,” she says. “GMAC works collaboratively with schools around the world and provides market intelligence and research reports at no cost to graduate management institutions. A stronger collaboration with schools in emerging Europe would enable us to produce and share in-depth insights on the trends impacting programmes in the CEE region.”