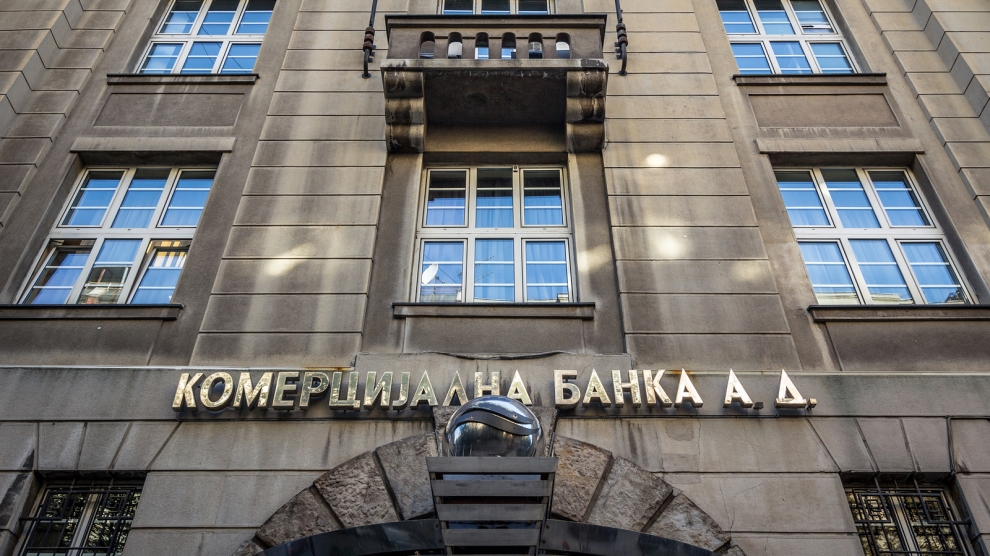 There has been a major shake up in the Serbian banking sector with the state selling off its shares in Komercijalna Banka Beograd (KBB) to the Slovenian banking group NLB.

Under the terms of the deal, NLB has acquired 83.23 per cent of the shares which used to belong to the state.

“This transaction strengthens the presence of NLB and also its focus on Southeastern European markets, which consolidates the position of the largest banking group headquartered in the region,” the NLB said in a statement about the sale.

The Central European Bank, as well as the Serbian and Slovenian central banks, will need to give their blessing before the agreed-upon sale can be finalised. This is expected to occur in the fourth quarter of 2020.

Until then, the state will gain interest at the rate of two per cent annually from January 2020 until the final close of the sale. According to expectations from the Serbian Ministry of Finance this will bump up the total profits from the sale to around 450 million euros.

Komercijalna Banka has long been plagued with uncertainty. Back in 2015 it was revealed that the bank lost around 31 million euros on loans it could not recover. These loans went out primarily to domestic companies run by local tycoons.

KBB did achieve profit over the last few years, but according to economic analyst Mijat Lakićević the full extent of the many losses the bank incurred were never fully ascertained.

Additionally, the bank has not paid dividends since 2015 because the Serbian National Bank would not approve them. This created an additional debt estimated at 60 million euros.

The sale has drawn a lot of criticism from within Serbia, mostly from opposition leaders.

“It turns out NLB practically got KBB for free. With the funds the bank is claiming as well as its securities and the large market share, it’s an investment for the buyer that pays for itself immediately,” Đorđe Vukadinović, a member of Nova Srbija (New Serbia) said.

Savez sa Srbiju (Alliance for Serbia) pointed out the actual profits from the sale are only around 131 million euros as the state spent an estimated 256 million euros last year to buy KBB shares from the European Bank for Reconstruction and Development (EBRD), the IFC Capitalisation Fund, Swedfund and DEG.

Critics have also called the transaction irresponsible because of the systemic importance of the bank for the Serbian market.

The EBRD, on the other hand, has voiced positive comments on the sale.

“We welcome the government’s efforts to end the uncertainty which has overshadowed KBB for too long. We believe that the sale of more than 83 per cent to Slovenia’s NLB will provide the bank with strong foundations and a sound basis to serve the local market as well as regional clients. For NLB this acquisition is a clear statement of commitment to Serbia and the region,” Miloš Kosić, a senior banker at the EBRD told Emerging Europe.

“We believe that under new ownership KBB will be able to further strengthen its performance and competitiveness. This will benefit commercial as well as retail clients who will enjoy better access to finance at affordable rates. More – and stiffer – competition will improve the Serbian banking sector,” he concluded.