Central European Media Enterprises (CME), which operates some of the most popular TV channels in Central and Eastern Europe, has announced that it is set to be acquired by an affiliate of PPF Group in a cash transaction valued at approximately 2.1 billion US dollars.

In a joint statement, Michael Del Nin and Christoph Mainusch, CME’s co-CEOs, said: “Over the course of the last six years, while transforming the business and delivering a continuous stretch of astonishing profitability growth, our primary focus has been on creating value for our owners. This transaction, which is the culmination of those efforts, is the right one for our shareholders and a satisfying conclusion to one of the most successful turnarounds of a leading media company in recent times. We are pleased that the PPF Group, with a strong track record as operators of businesses across many industries, shares our perspective on the importance of local content and its ability to attract large audiences to television.”

CME is traded on the NASDAQ Global Select Market and the Prague Stock Exchange.

PPF Group invests in multiple market segments such as financial services, telecommunications, biotechnology, real estate and mechanical engineering. Earlier this year, PPF, whose majority shareholder is the Czech billionaire Petr Kellner, pulled out of a deal to buy Bulgaria’s Nova Broadcasting Group from Sweden’s MTG. The move followed the rejection of the deal by Bulgaria’s anti-monopoly watchdog. 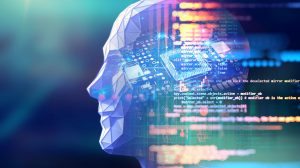 The future of tech in healthcare