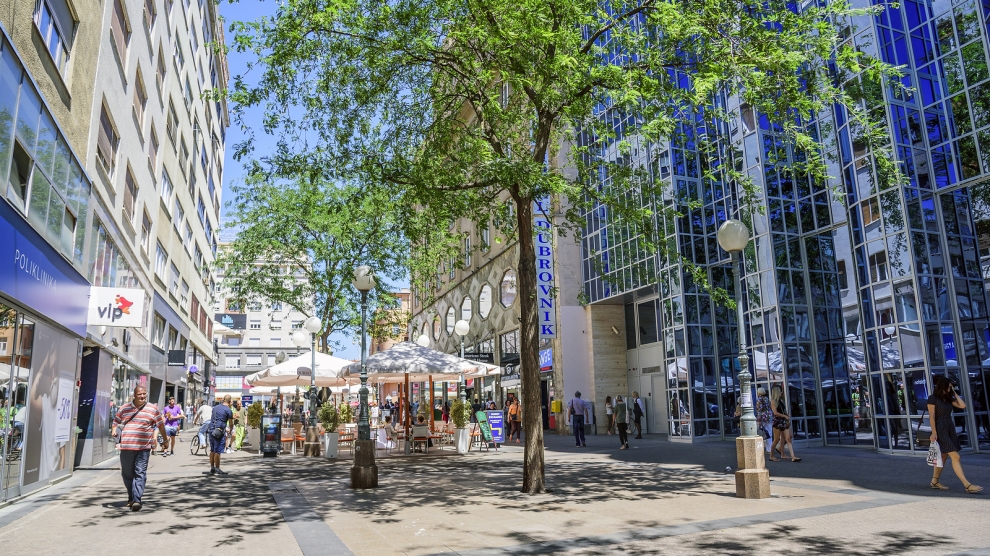 The people of Zagreb stand to benefit from a large investment in the modernisation of their electricity and heating supply under a joint effort by the European Bank for Reconstruction and Development (EBRD), the European Investment Bank (EIB) and the European Commission’s so-called Juncker Plan.

Loans totalling 130 million euros will finance investments in new electricity and heat cogeneration units in Zagreb to replace outdated oil- and gas-fired turbines and boilers. The loans will be used for the installation of two low-nox gas turbines, two heat recovery steam generators and one back pressure steam turbine producing heat and electricity at the Elektrana-toplana combined heat and power (EL TO CHP) plant close to the centre of Zagreb. The capacity of the new combined cycle gas turbine units will be 150 MW of electrical energy and 114 MW of thermal energy, with lower greenhouse gas emissions.

The new units will be fuelled by low-emission gas, and generate electricity for the grid and heat for district heating in north-western Zagreb, replacing obsolete, mostly heat-only, gas and oil-fired units. It is a critical part of Zagreb’s energy infrastructure and the investment will ensure implementation of a modern and environmentally friendly project satisfying the heating requirements of the city and all national and EU environmental standards.

The loan financing will be split between the EBRD (87 million euros) and EIB (43 million euros). The project will be implemented at Elektrana-toplana Zagreb, a power plant fully owned and operated by HEP Group.

A special feature of the financing is that the EIB loan will be guaranteed by the European Fund for Strategic Investments (EFSI), which is the central pillar of the Investment Plan for Europe (Juncker Plan). The EFSI support makes it possible to provide loan conditions aligned to the economic lifetime of the financed asset and is expected to act as a catalyst in bringing in private sector banks”

Vedrana Jelušić Kašić, EBRD regional director, Croatia, Slovenia, Hungary and Slovak Republic, said: “We are pleased to join forces with the EIB and the Investment Plan for Europe to deliver this investment, which is vital for Zagreb and the city’s population. The EBRD has a strong track record in progressing towards green energy and this is yet another important step in this direction.”

EIB Vice President Dario Scannapieco added: “This innovative operation supported by the EIB, the Investment Plan for Europe and the EBRD will improve the quality of life of the citizens of Zagreb by reducing pollution levels and ensuring reliable supply to the city’s district heating network. It will help reach efficiency targets and provide a source of electricity from highly efficient cogeneration.”

“As the EU transitions to a cleaner and more sustainable economy, it is crucial that we replace older, polluting power plants with climate-friendly versions,” said Commission Vice-President for Jobs, Growth, Investment and Competitiveness Jyrki Katainen. “This is precisely what this project will do: generate electricity for residents of Zagreb in a more sustainable way. With financing support from the European Investment Bank under the Investment Plan for Europe, as well as from the EBRD and national power company Hrvatska Elektroprivreda, this is a collective effort to modernise energy supply in Croatia and contribute towards the EU’s climate goals.”

Frane Barbarić, CEO of HEP, commented: “This project will be excellent in all ways – ecologically friendly owing to state-of-the-art systems and measures of environmental protection, a reliable heat supply for customers in the city of Zagreb and as an electricity source for the Croatian power system. Above all, it will be highly effective and energy efficient because based on the simultaneous generation of electricity and heat energy, its fuel efficiency will amount to 90 per cent.”