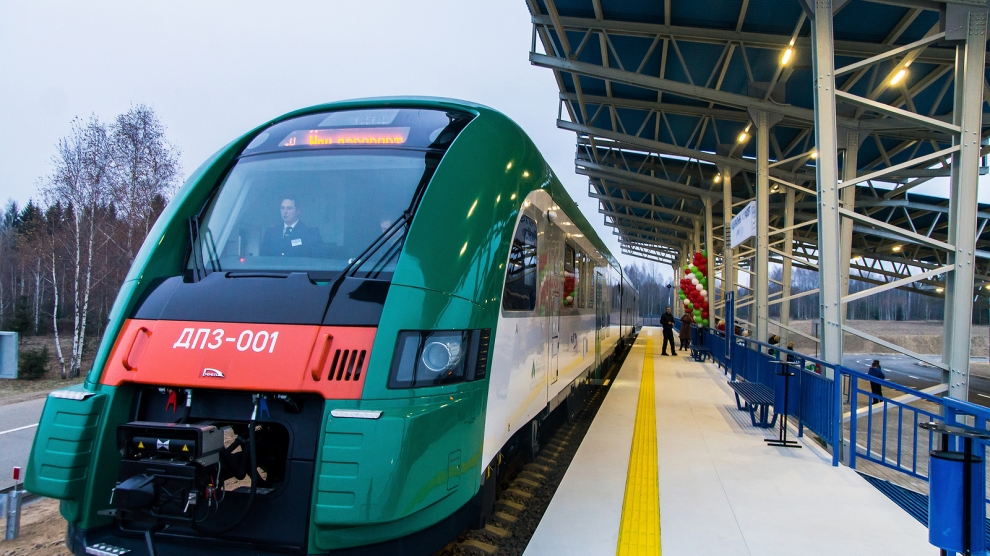 The state-run Polish Development Fund (PFR) has signed an investment agreement with PESA Bydgoszcz, acquiring an almost 100 per cent stake in the company for 300 million zloty.

“The railway industry plays a special role in Prime Minister Mateusz Morawiecki’s plans,” said Paweł Borys, president of the PFR management board. “The PFR investment in PESA Bydgoszcz is an important step in the development of this sector. We are convinced that this investment will bring positive social and economic effects to Poland. Our strategic goal is to further consolidate the railway sector, both in Poland and abroad, in order to build a significant industrial group on the global market, and then gain a private partner.”

Even though there was a public tender, the sale of PESA to PFR should not come as a surprise as the two groups have been working together for some time.

“We have been cooperating with PESA for two years, creating a joint company offering rolling stock leasing, which is why we are convinced that the industrial and managerial potential of the company gives prospects of its long-term development in Poland and in international markets,” said Marcin Piasecki, vice president of the PFR management board. “Our plan is to strengthen PESA as a leader on the domestic market and further develop exports. In a competitive process, we won against foreign industry bidders who, like us, recognised the value and potential of PESA. It also confirms that PFR is perceived as a credible and desirable investment partner.”

PFR’s investment will breathe new life into the company and help it expand on the European market, implementing a new strategy and refocusing energies as well as being selective when choosing new contracts and projects.

“PESA is a company with over 160 years of tradition,” said Zygfryd Żurawski, president of PESA Holding. “The last 20 years has seen the company transform from Rail Rolling Stock Repair Workshops into a modern manufacturer of rail vehicles. Thanks to the effort and competences of the company’s employees, we have managed to gain a strong position on the domestic market as well as successfully compete on the European market. Now, PESA needs a new opening with a financially strong investor, able to ensure further development of the company. It is an important day and I am convinced that both we, current stockholders, as well as employees can look calmly into the future.”