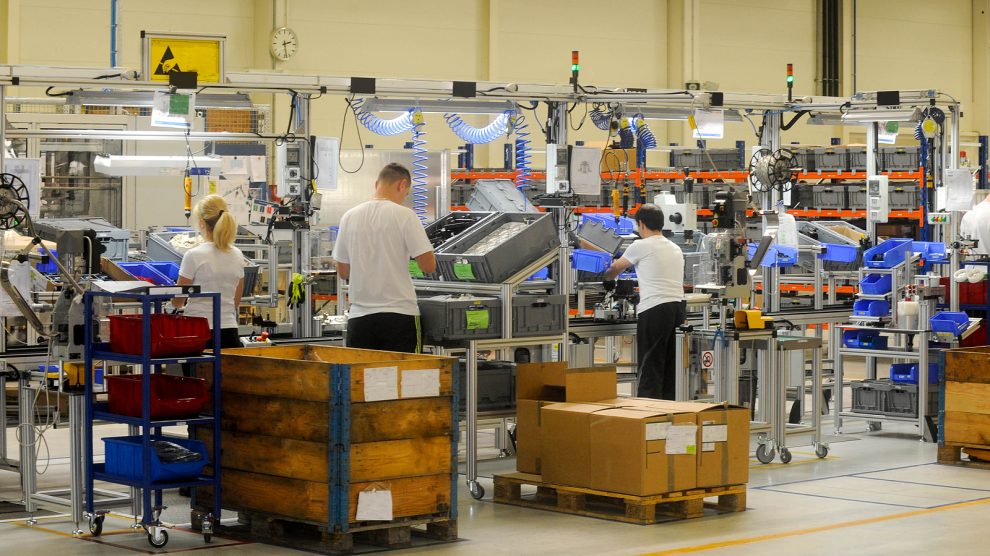 On paper, FDI levels in the Western Balkans are impressive. But closer analysis of the kind of investment being made suggests that the region needs to attract higher-value projects.

Foreign direct investment (FDI) in the Western Balkans is steady, and increasing each year. However, according to some analysts, when it comes to the profile of the investment, much of it still tends to be directed towards low-tech manufacturing jobs, some way from the lofty Industry 4.0 goals that the countries of the region have set for themselves.

The main issues and challenges around FDI in the region have to do both with its geographical location and with the strategies the countries have chose in order to attract investment.

In Serbia, which consistently shows good FDI numbers and is the regional leader, these issues remain a challenge, with a great deal of investment primarily resulting in the construction of factories which employ a relatively low-skilled workforce.

“If you look at the participation of German investors in our [Serbian] market, with a large number of their companies and tens of thousands of employees, the reality is that employment numbers are around 150 per company. This means that most of these companies are SMEs, with only a few of them being large enterprises, which means the services of these companies are more along the lines of craft rather than industry,” he explains.

The relatively low-tech nature of FDI in the region is tied to another issue, namely the relatively controversial policies of subsidisation that the Western Balkan countries are pursuing. Since the countries lack the highly-skilled labour that would be attractive to high-tech investment, they are forced to compete in different ways.

“Their [the Western Balkan countries] advantage over other regions is that they offer lower wages, lower taxes and generous support packages to foreign companies. These factors are important to the manufacturing, labour-intensive companies, but not so important to high-tech companies,” explains Mr Jovanović.

The policy of subsiding foreign investors has proven to be controversial domestically, to say the least. Mr Bušatlija takes a dim view of these policies, as he says that they have attracted speculative capital to Serbia, which affects the country’s investment ratings.

“Analysing the conditions over a longer period, it’s clear that subsidies mostly attract speculative capital, in volumes that are smaller than what is needed, while the rest is covered with funds from the state’s budget,” Mr Bušatlija says. “Investors take on the obligation to continue their main activities only for a certain time, which doesn’t guarantee that the increases in employment will be maintained.”

He adds that such a speculative kind of capital mostly incentivises the creation of jobs that are low-waged and low-skilled, with minimum wages and minimal contributions to health and pension insurance.

However, Mr Jovanović does point out that Serbia has recorded some relatively impressive FDI numbers recently. Specifically, in 2018 and 2019, FDI made up around eight per cent of Serbia’s GDP. And yet, in these two years GDP only grew around four per cent year-on-year, showing that FDI is not the be all and end all when it comes to economic growth.

Still, according to Mr Jovanović, despite the fact that generous subsidies have attracted investment, the way Serbia has gone about this does leave something to be desired, especially when it comes to transparency.

“It is also important to know the price of the policies for attracting FDI. Serbia is giving generous subsidies and support packages to foreign companies, as are many countries from the region. The government should be transparent about this and announce the support that each company has received,” he says. “Some countries from the region, such as North Macedonia, have done this and nothing terrible has happened. That would allow economists to do a cost-benefit analysis of the policies, and the public to make a better assessment of the work of the government.”

Finally, a question that has been nagging many experts in the region, is why haven’t the Western Balkan countries been as successful in attracting high-quality FDI as the Visegrád group of countries have been?

According to Mr Jovanović, there are multiple factors at play.

Geographic vicinity to Western Europe is one of them. The Western Balkans are simply just a bit too far away. It is easier for a German company to open up a plant in Czechia or Poland, than in Serbia or Montenegro.

Then there are the general economic conditions when each region first began vying for foreign investments. When the Visegrád four entered the EU back in 2004, the economic conditions of the “Great Moderation” were at play with economic growth high everywhere, and FDI too was on an upward trend.

Conversely, when the Western Balkans began, and tried to copy what the Visegrád four have done, the economic conditions were worse due to the recession of 2008. But there were other factors at play as well.

“Western Balkan countries tried to copy this [the Visegrád four strategy], but as usually happens when copying, they failed. The space was already taken by the Visegrád countries, they didn’t have anything new to offer, except lower wages, which didn’t seem to be enough,” Mr Jovanović points out.

Now, of course, a big new challenge faces the region as it does the entire world: the as yet unclear economic ramifications of the Covid-19 pandemic. With a deep recession expected, this is likely to impact FDI. According to Mr Bušatlija, the inflow of FDI to Serbia will mostly depend on how Germany and Italy, the two biggest investors, weather the crisis themselves.

“The fact that Italy and Germany are in a recession will play a big role in the expected slowing down of FDI inflows,” he explains.

One way that Serbia could be more flexible is through lessening the dominance of the European Union in its foreign investment mix.

“We have to pursue an economic policy that would be balanced by broadening cooperation with the United States, Russia, China, and Turkey, which would lessen the share of exchange with the EU, where most of the risk comes from,” Mr Bušatlija explains.

Overall, FDI remains an important source of capital and economic development for the Western Balkan countries.

However, the countries of the region need to work on increasing not only the quantity but also the quality of the investments it attracts by increasing the share of high-tech projects and being more transparent about the entire process.