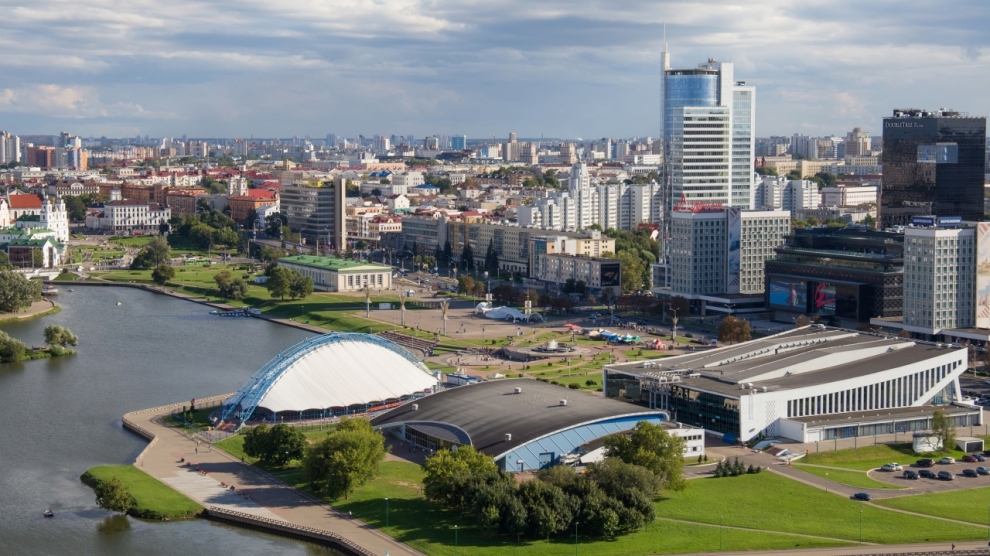 Slowly but steadily, Belarus continues to liberalise its regulations to attract more foreign investment. The country’s president, Aleksander Lukashenko, recently signed a decree on the development of the digital economy, thus making Belarus the first world’s jurisdiction with overall legal regulation of businesses based on blockchain technology.

“The main goal of the document is to create such conditions that would make world class IT companies want to come to Belarus, opening representative offices, development centres and creating popular products for the world. The second goal of the decree is investment in the future,” Mr Lukashenko said.

With the new law, “Belarus becomes one of the world’s most comfortable jurisdictions for IT business,” says Vsevolod Yanchevsky, director of Belarus Hi-Tech Park (HTP). “Besides, the country is creating favourable conditions for the development of blockchain technology and businesses based on it,” he adds.

Until recently, Belarus neither openly allowed nor banned the use of cryptocurrency in the country. The typical stance of the authorities was to advise against it, citing the reason that it could cause legal complications. Now, Belarus may become a highly lucrative location for local as well as international entrepreneurs to create bitcoin mines. Chinese miners, in particular, are likely to transfer their existing mines to the country in anticipation of a possible ban on cryptocurrency mining in China.

“The new law is a breakthrough for Belarus,” Vladimir Chernitsky, director at Exadel, tells Emerging Europe. “It gives us stability and certainty as the law will be valid until 2049. It allows us to extend our offer, as so far we have been able to produce software and will now be able to offer hardware too. And last but not least, it gives us new opportunities in the financial sphere by adding crypto currencies,” he says.

According to Ernst and Young, over 90 per cent of the 956.8 million US dollar Belarusian IT market is external and involves exports. In 2016, the share of IT exports, in the country’s total exports of goods and services, accounted for 3.25 per cent, up from 0.16 per cent in 2015.

But what is pivotal for foreign investors is that the new law also allows local IT companies to operate in part under English law.

“We regularly faced legal problems. When a Western company buys a Belarusian company they try to structure the deal outside Belarus,” said Denis Aleinikov, a senior partner at Minsk-based Aleinikov and Partners Law Firm, and the man who drafted the decree. “Investors don’t want to deal with Belarusian legislation,” he says.

By introducing smart contracts into jurisdiction and giving companies the right to use them in transactions, Belarus has become the first country in the world to legalise smart contracts at country level.

“Smart contract may solve the fundamental problem of all humanity which is a failure to fulfil what has been agreed on paper. A computer programme takes the function of a contract’s automatic fulfilment,” Mr Aleinikov adds.

“There are three main parts worth mentioning in this new decree,” Alex Demichev, CEO at Itransition, told Emerging Europe. “Firstly, evolution of the previously created ecosystem, a prolonged preferential tax regime everyone’s been hoping for, along with some long awaited legal procedure simplifications and many more things that were proposed by the IT community. Then there’s an experiment with select British law principles that will open possibilities for equity deals. And finally – the revolutionary part with regards to blockchain, smart contracts and such. Time will tell, but right now we’re expecting a massive inflow of both talent and money in the next 6-12 months.”

The decree is not the only business-friendly piece of legislation recently adopted in Belarus. Parliament has also passed a draft law cutting red tape for businesses by reducing the number of fines that can be imposed on firms for violations, and removing most grounds for property confiscation.

Now, according to the decree, HTP residents no longer have to get permission to employ foreigners who will receive a temporary residence permit under the simplified procedure and will be allowed to stay in the country for up to six months.

“We are a start-up in the process of very intensive growth. For us, the most important change that we can make use of straight away is that we will be able to employ developers from abroad, for example, from Ukraine,” Victor Kozlov, director of Y-Tech, the Minsk development office of the American Yonder music service, tells Emerging Europe.

This demonstrates that the country is opening its borders for international visitors. Currently, Belarus offers a visa-free regime for travellers flying in and out of Minsk airport and planning to stay in the country for up to five days.

“Our initiative is meant to facilitate Belarus-EU business contacts and promote the development of tourism. This is not the limit. We are considering extending the duration of visa-free stays in Belarus up to 10 or even 30 days. But we will do it gradually, step by step,” Vladimir Makei, Belarus’ foreign minister said in an interview in October 2017.

Interested in CEE’s ICT sector? Take a look at the Sourcing in Emerging Europe programme.