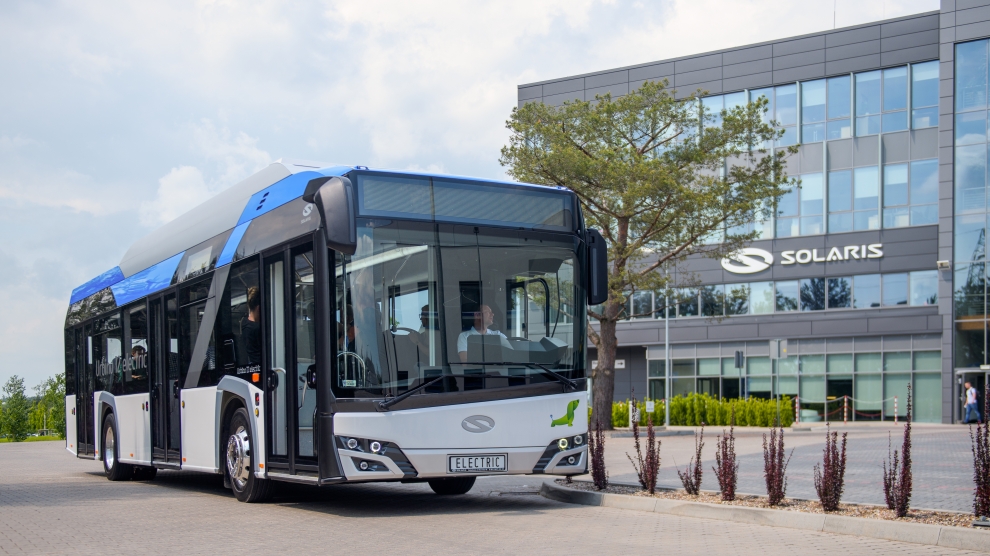 Polish passenger vehicle manufacturer Solaris Bus and Coach has announced that it will supply the city of Berlin with buses powered by electric batteries.

Solaris will deliver 90 of its Urbino 12-type electric, emission-free buses to BVG, Berlin’s public transportation company as part of a contract worth 61 million euros.

The order is the largest in the company’s history and follows three previous orders from BVG of 35 zero-emission buses between 2015 and 2019.

The buses will be delivered by spring 2020 and will bring the total number of Solaris electric buses operated by BVG to 125, close to 90 per cent of all electric buses running in operation in the German capital.

“It is very encouraging that Berlin has once again opted for the development of zero-emission public transport,” said Petros Spinaris, vice president of the Solaris Bus and Coach board.

Earlier this month, the company announced that it had won a public procurement offer to supply 12 hydrogen-powered buses to Bolzano, Italy.