Slovenia’s second largest bank, Nova Kreditna Banka Maribor (NKBM), has acquired state-owned bank Abanka for 444 million euros, completing a privatisation process that began in 2013 with a huge bailout of the banking system that required billions of euros in state aid.

“We are pleased to have successfully signed the Abanka purchase agreement,” said president of the NKBM management board John Denhof. “This historic moment is an incredible opportunity for us and for Abanka to create a stronger combined bank, which is positive for the Slovenian economy. With the acquisition of Abanka, we are making great progress towards realising our strategy, which is based, among others, on objectives such as growth, profitability and client excellence. We look forward to the successful cooperation with the Abanka management team, its employees and the regulators to close the transaction as soon as possible and realise the potential.”

NKBM will now hold a market share of 22.5 per cent, just behind the country’s largest bank Nova Ljubljanska Banka (NLB), which has around 23 per cent.

The completion of the privatisation procedures also means that restrictions on the banks imposed in 2013 by the European Central Bank will be lifted, giving them more room to grow.

The World Bank’s Doing Business report is no more. At least one country in Eastern Europe will miss it dearly 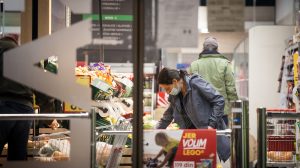 EU enlargement is not just about democratic values and the rule of law. There’s the economy to think about too