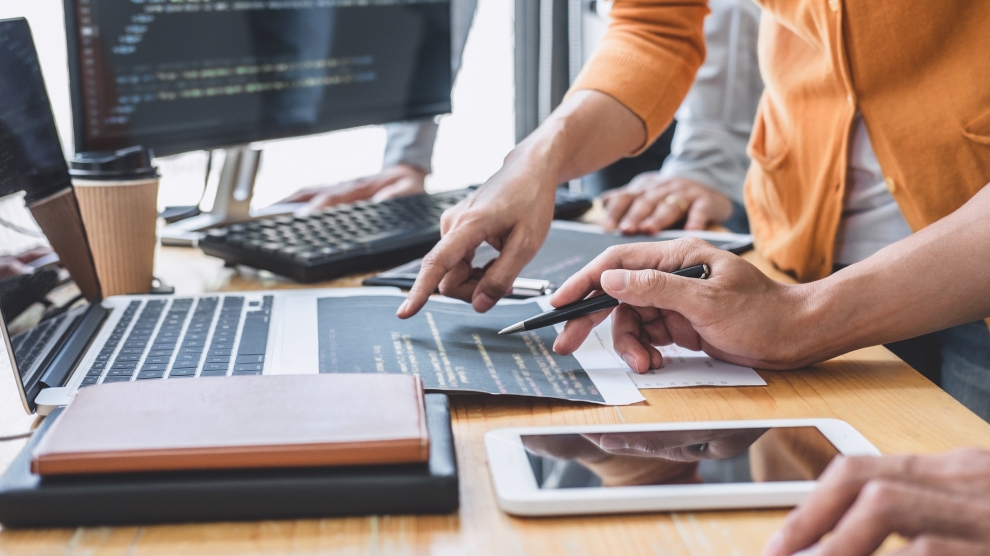 BabbleLabs, a company headquartered in the United States but with a significant engineering and research presence in Poland, is set to be acquired by than Cisco Systems, one of the world’s major players in networking and telecommunications.

The BabbleLabs tech, which uses artificial intelligence (AI) to separate human speech from background noise, will be integrated into Cisco’s own products where it should enhance video meeting offerings.

But perhaps even more important than a company with a strong presence in emerging Europe being acquired by such an important Silicon Valley player is what the deal says about the quality and competitiveness of the regional start-up and IT scenes.

According to Marcin Hejka, the co-founder and general partner and OTB Ventures, one of the companies that invested in BabbleLabs’ series A round, talent is the main competitive advantage of the emerging Europe start-up and IT ecosystem.

“Central and Eastern Europe is incredibly rich in talent,” he tells Emerging Europe.

Mr Hejka points out that start-ups from the region are becoming increasingly more successful internationally and more connected to global markets. BabbleLabs is an an excellent example, he says. While it is a US company, one of the founders, Kamil Wojcicki, hails from Poland and the company has also made the country a centre for its research and development.

This kind of multinational synergy puts companies and talent from emerging Europe on the global tech map, raising the profile of the region.

“It is a success story, which we hope is going to create sort of a spillover effect,” Mr Hejka says.

But while there are plenty of success stories, international expansion remains one of the largest issues for start-ups and scale-ups from emerging Europe. This is because the region is very good at producing technology but the region itself is a not big consumer of it. According to Mr Hejka, businesses simply have to go global in order to truly scale and become successful.

The region does appear to be getting better at growing internationally. Companies like BabbleLabs and UiPath are evidence of that.

UiPath, the robotic process automation company, is now headquartered in New York, but it started in Bucharest, Romania in 2005. It has been hailed by the Financial Times as the second-fastest growing tech company in America.

“But the region is still in our opinion punching below its weight,” Mr Hejka says.

Adam Niewinski, another founding partner at OTB, points out that for many start-ups in emerging Europe, there is no alternative to trying to be global from the very start.

“Estonia, which is a country where Skype, Bolt and a few other unicorns were born, has just 1.3 million people. Think about a tech entrepreneur in a country of 1.3 million people: there is no other way than to try to be global from the get go, because the local market is too small,” he explains.

This could actually be an advantage rather than problem, since according to Mr Niewinski, that is precisely the reason why so many globally successful tech companies come from this region, whereas in Western Europe, because of the bigger local markets, companies take longer to become truly international.

Mr Hejka says that from this point of view, the start-up and tech ecosystem in emerging Europe can be most readily compared to Israel. Israel, a relatively small country of around 8.8 million, has long exported successful tech and software to the world — Viber, which started in Israel before being acquired by the Japanese firm Rakuten, being but one example.

It seems that international venture capitalists are waking up to the fact emerging Europe offers good talent and lucrative opportunities.

But the region still has to play catch-up when it comes to venture capital, as VC metrics such as investment versus GDP are still significantly lagging behind Western Europe, the US, and Israel.

“Building an ecosystem is a marathon, not a sprint. And it seems to be well on the way here. But the potential is way, way bigger,” Mr Hejka explains.

One thing that is clear about emerging Europe is the quality of its talent. And one reason for that is the presence of large multinationals in the region. Samsung’s largest research and development centre outside of South Korea is in Poland. Amazon is also in Poland, and has a centre in Romania too. Mr Niewinski explains that these highly educated and skilled people are also potential entrepreneurs and start-uppers.

“The talent is here, and we see a lot of talent especially around AI, automation, machine learning, there’s a lot of talent around natural language processing, voice and speech technologies and BabbleLabs is a great example. The quality of talent is amazing,” Mr Hejka says

Overall, OTB is very optimistic about the potential for growth and development of the emerging Europe start-up and venture capital ecosystems.

“We are seeing that thousands of people are working at leading tech technology companies are more and more willing to start their own businesses, so we see a huge potential for further growth and expansion of this ecosystem,” Mr Niewinski concludes.

Emerging Europe Talks IT with Mike Beares
Is Poland’s wait for a car it can call its own nearly over?
Comment