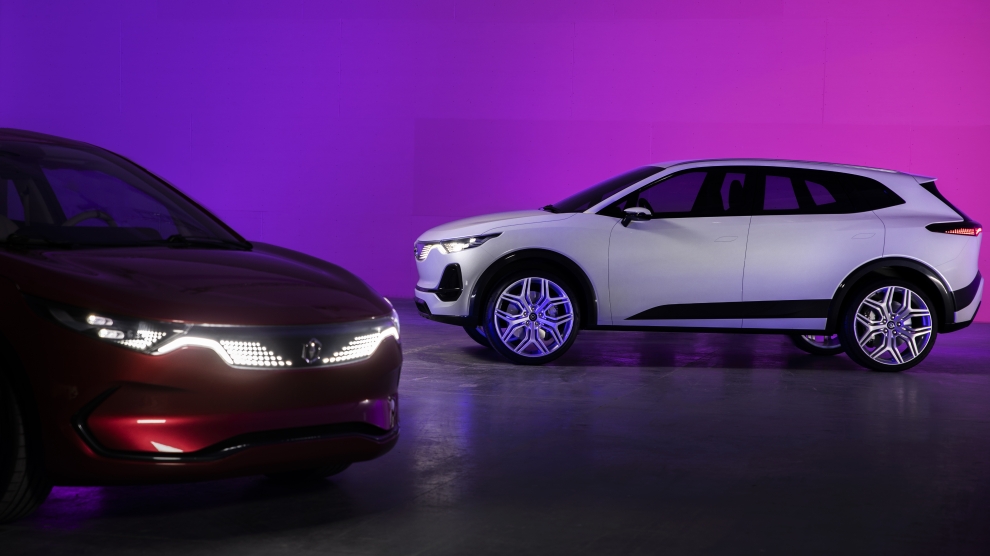 Ever since FSO, best known for its communist-era Polski Fiat and Polonez models, stopped producing automobiles in 2011, Poland has been without a car maker of its own.

The automotive sector remains, however, the second largest industry in the country, accounting for around seven per cent of Polish GDP and supporting hundreds of thousands of jobs in both production and related services. Fiat Chrysler, Opel (Peugeot-Citroen) and Volkswagen all have plants in the country.

A decade on from the demise of FSO, the wait for a car that Poland can call its own may finally be coming to an end. Last month, ElectroMobility Poland, a state-backed joint venture set up in 2016 by four Polish power companies, revealed two prototype vehicles under the Izera brand, which it hopes will be ready to enter production in 2023.

Both models, one an SUV and the other a hatchback, codenamed Z100 and T100 respectively, are fully-electric.

Both the SUV and the hatchback, which look good, promise satisfactory, though far from groundbreaking, performance. Zero to 100 km/h should take less than eight seconds while the driving range will reach up to 400 kilometres. Izera aims to offer two battery packs compatible with power wall home chargers as well as fast-charging stations. This could be crucial given that the country currently has just 1,194 charging points, compared with more than 27,000 in neighbouring Germany.

Obvious comparisons with the US-brand Tesla have been made in some automotive circles, but Łukasz Maliczenko, director for product technical development at ElectroMobility Poland plays these down.

“Izera electric cars are not meant to be luxurious goods but rather vehicles affordable by Poles,” he says.

Adam Sikorski, president of the Polish Automotive Group, who has high hopes for the project, prefers drawing comparisons with the FSO Polski Fiat 126, known affectionately as the maluch (little one).

“Coming up with a Polish electric car will give us access to the latest know how, whose further development can be continued by Polish companies in years to come. This is what happened once the Italians moved their Fiat 126 manufacturing site to Poland,” he says.

“Initially, the whole production was based on an Italian license and Italian components, but with the passage of time more and more Polish manufacturers were involved in the project. They laid the foundations for the present Polish automotive sector. We do hope that this success story can be repeated and the technology acquired through the project can be harnessed in other mobility projects. The Polish Automotive Group has been invited by ElectroMobility Poland to support the project on the supply chain side, as regards to parts and components. We will do our best to find stable local suppliers and high-quality parts for the project and we invite all interested entities to cooperate with us.”

The design of the Izera prototypes is the work of an independent Italian studio, Torino Design, while Tadeusz Jelec, a long-term Jaguar designer, was a project consultant.

“We wanted to emphasize the unique character of the car, so that everyone identifies the Izera brand as soon as they see the vehicle on the street,” says Torino Design’s Roberto Piatti.

“We spent long hours designing the appearance of the prototype. Browsing through the works of contemporary Polish artists, we looked for inspirations and reference points to underline the Polish character of our brand. At the same time, it was extremely important to us that the shape of the car evokes positive emotions. After all, this is supposed to be a family car,” adds Mr Jelec.

When the prototypes enter production, it is likely that they will feature some changes to the cars unveiled in July, although ElectroMobility Poland’s CEO Piotr Zaremba says the production models “will retain the characters of these vehicles”.

Poland’s nationalist government, led by the Law and Justice part (PiS), has been keen to promote and invest in local companies with the aim of creating globally-competitive giants ever since it took office in 2015. The government earlier this month announced plans to merge three of the four shareholders of ElectroMobility Poland (PGE, Enea, Tauron), into two groups as part of a planned reform of the entire energy industry. The fourth shareholder, Energa, was in April acquired by state-owned oil company PKN Orlen.

The development of Izera fits this trend, and the government hopes that it will boost research and development, as well as innovation, across the country.

“Building a Polish electric car brand will be a powerful and ambitious endeavour for the whole national research sector,” says Piotr Dardziński, CEO of the Łukasiewicz Research Network.

Poland’s electric cars are not merely for Poles, however. The project has international ambitions, as suggested by the name, which comes from the Izera Mountains in the south west of the country.

“With their mild hills and vast areas, the mountains are perfect for family trips and have a very distinctive character. Just like our car does,” says Paweł Tomaszek, director of the communication and business development office at ElectroMobility Poland.

“The Izera Mountains cross borders, located in both Poland and Czechia. Similarly, the Izera brand crosses both geographic as well as symbolic boundaries as the project involves a team of international experts. At the same time, the name sounds friendly and is easy to pronounce and memorise not only for Poles. After all, Izera has European aspirations and will be available also outside of Poland.”

With the exception of the two good-looking prototypes, the Izera currently exists only on paper. There is no factory, and neither the company nor the Polish government has so far given any real idea as to how the project will be financed. There is clearly a market for the vehicles, if they are priced well enough: Poland has fewer than 7,000 fully electric cars on its roads, although the country is a leader in the production of electric buses, with Solaris, based in Bolechowo-Osiedle near Poznań, producing vehicles for cities across Europe.

For Izera to match the success of Solaris will require enormous investment. And time is running out for its shareholders, and the Polish government, to commit enough cash if it wants to meet its 2023 target.

Werewolf: The Apocalypse – Heart of the Forest. Not for the first time, emerging Europe delivers a winner
Lithuania’s Trainer X: Disrupting the gym
Comment