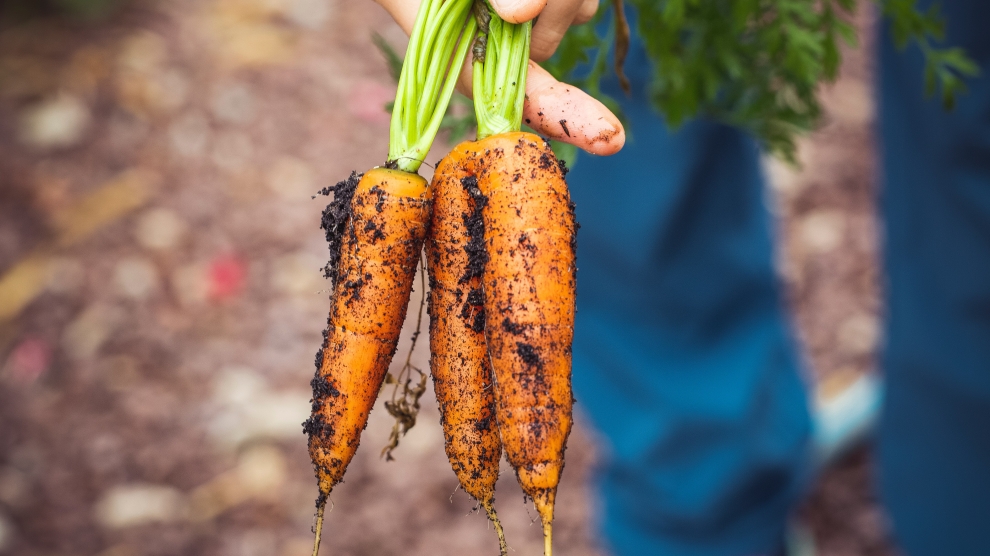 Yes, technically Britain left the European Union on January 31, shortly before the coronavirus outbreak – at that stage confined to parts of China – became a global pandemic. Under the terms of the Withdrawal Agreement, however, the UK remains bound by EU law until the end of 2020, even if – with no MEPs in the European Parliament, no European Commissioner and no seat on the Council of the EU – it no longer has any say in how the EU is run.

As such, EU workers can in theory still come and work in the UK as before. With flights grounded and many borders closed, however, the problem is that they are physically prevented from doing so. This is causing huge problems for the UK’s agricultural sector, which last week issued a stern warning that crops could go unharvested this year due a lack of manual labourers willing to work in the country’s fields.

The UK’s main organisation for farmers, landowners and businesses has said labour shortages caused by coronavirus could be “devastating”. It has called for a “land army” of local labour to step in and assist the sector, which expects to see its supply of workers cut by 75 per cent as restrictions on cross-border movement and the lack of flights prevent temporary workers from the EU from travelling to the country. Estimates of the shortfall range from 70,000-90,000.

To compound the problem, tens of thousands of workers from emerging Europe who were already in the UK – especially Romania and Bulgaria – are believed to have returned home since the outbreak of the coronavirus pandemic.

“A shortage of 80,000 workers is something we have never seen before,” says Mark Bridgeman, president of the Country Land and Business Association (CLA). “This is why we are calling for a ‘land army’ of workers to support farmers in feeding the country.”

Bridgeman says that without EU labour, the situation is dire for UK agriculture: “We need urgent government assistance to help source workers and advertise positions. Time is of the essence as many farmers will soon begin, or have already, begun planting or harvesting.”

In an ironic twist, fruit and vegetable pickers – until recently derided as low-skilled and unwanted – are now considered “key workers” in the UK. Last year, 98 per cent were EU migrants, mostly from Bulgaria and Romania. Other hitherto unheralded occupations also rebranded as key – at least for the duration of the coronavirus epidemic – include hospital cleaners, rubbish collectors, and carers. None earn salaries that come anywhere near the 25,600 UK pounds threshold that will be required for migrants wanting to work in the UK under the new, points-based immigration system set to be introduced from January 1, 2021. For migration purposes, these jobs have yet to declared key roles and therefore exempt from the salary threshold.

Just how many Britons will be prepared to fill the boots of the absent Bulgarians and Romanians in the UK’s fields is a moot point. There is no shortage of labour: at least 200,000 people are believed to have been made redundant, mainly in the leisure and hospitality sectors, since the beginning of the Covid-19 crisis. Supermarkets have hired many thousands to help keep their shelves stocked as waiters and other services sector staff reprofile, but will Britons be as keen to ensure that there are fresh fruit and vegetables to place on those shelves?

The response of the UK’s workforce to the call to the fields therefore looks set to be something of a test – a year early – for the ability of the country to cope with an absence of EU migrant labour once the Withdrawal Agreement expires and Brexit hits home for real. The UK government has so far, despite the coronavirus, shown no intention of extending the Withdrawal Agreement (any request to do so must be made by the end of June).

Employers are not convinced that too many Britons will fancy working in the fields.

Concordia, a leading supplier of fresh produce in the UK, has said that it is considering charter flights to bring in workers from Bulgaria.

Stephanie Maurel, Concordia’s chief executive, told The Guardian: “Our recruitment outside the EU is stalled which leaves us with Lithuania, which has closed borders, Romania with no aeroplanes, and Bulgaria which is our little beacon.”

Although Bulgaria is on countrywide lockdown, farmworkers are classed as key workers and can move around the country. But most airlines that operate in Bulgaria are grounded. Hence the charter flight plan.

There is no certainty that Bulgarians will want to come to the UK at this stage, however. The country has so far seen relatively few cases of coronavirus. One of the reasons is that anyone coming from abroad is forced to self-isolate for 14 days.

Indeed, there is increasing evidence that many migrants who have lost services sector jobs have gone the other way, a phenomenon which can also be seen in other parts of emerging Europe, including Bulgaria’s neighbour Romania. This could create a very different problem to that of the UK: a surplus of labour just as unemployment begins to rise for the first time in years.

For some time, governments across emerging Europe have been attempting – usually without much success – to attract their diasporas home. In many parts of the region, especially in areas which rely heavily on manufacturing, labour shortages have been viewed as a potential brake on growth.

Now, just as the coronavirus lockdown brings business in emerging Europe to a halt, with firms making their workers redundant, some countries could see an influx of returning migrants, made similarly redundant by the closure of businesses in Italy and Spain, as well as the UK.

Romania has gone so far as to tell its Italian diaspora to stay away, ostensibly to stem the spread of coronavirus, but possibly with one eye on alarming unemployment figures.

“We do want you back,” appears to be the new message, “just not now.”