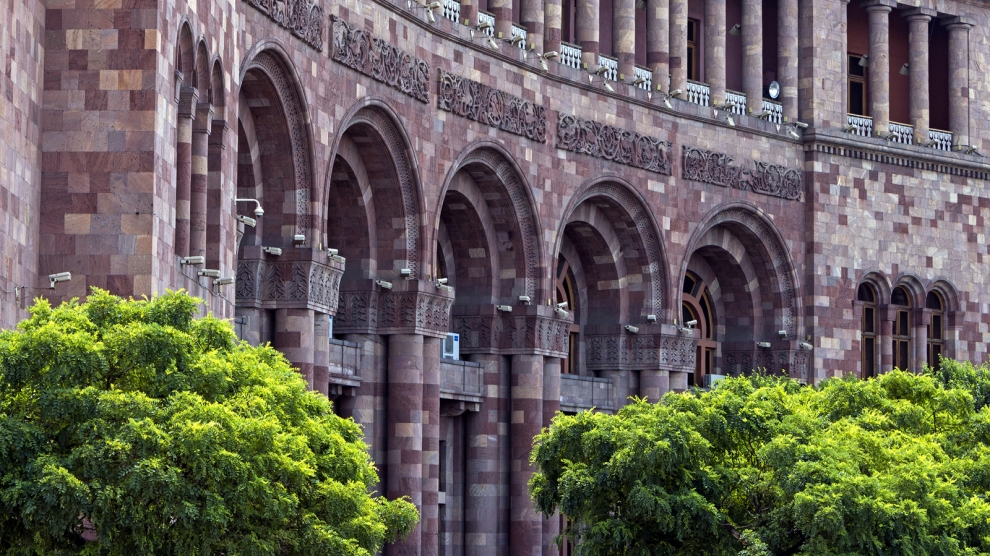 So says Narek Karapetyan, chairman of the board of Fora Capital, the managing company of the Investors Club of Armenia.

But there are uncertainties on the horizon following recent presidential elections, and a drastic reduction in the amount of foreign investment inflows.

Will he or won’t he?

The nominally independent Armen Sarkissian will be the new president of Armenia for the next seven years. For the first time since the modification of the Constitution in 2015, the president was elected by the country’s parliament instead of popular vote.

According to several analysts, Armenia is now moving away from direct democracy, given that the outgoing president Serzh Sarksyan nominated his successor as long ago as 2008. The presidency is now meant to be a largely ceremonial role, with power shifting to the prime minister and parliament. Public opinion believes that Mr Sarksyan will continue to pull the strings of power although he has waved away such suggestions.

“The biggest question is whether or not the president will want to become prime minister,” Yevgenya Jenny Paturyan, assistant director at the Turpanjian Center for Policy Analysis at the American University of Armenia tells Emerging Europe. “The man who has ruled the country for the past 10 years (under the old presidential system) is now rather unpopular. The hope is that he will leave the scene. The fear is that he will want to continue being the man in charge by becoming prime minister. If he does that, many are likely to feel cheated, because back in 2014, when suggesting the change from presidential to parliamentary system, Sargsyan said he would not become Armenia’s next prime minister. If he goes back on his word now, that is likely to utterly deplete the small reservoir of trust and goodwill still remaining towards the government.”

“Armenia’s membership of the Eurasian Economic Union, its close relations and arrangements with the European Union, the participation in many new international organisations and the latest positive changes in the economy, inspire confidence in the future of our country, indicating that at least my seven years of service as president of Armenia will be years of active work,” Mr Sarkissian said when meeting with the outgoing president, thanking him for his vision and the transformations initiated in Armenia over the past few years.

“Actually it’s a delicate act,” Yevgenya Jenny Paturyan. “The agreement is about the EU continuing to gently nudge Armenia in the direction, which means more democracy. How much will the nudging help? It depends on the political will of the Armenian government”.

During his mandate Mr Sarksyan has been the promoter of many initiatives. These include the opening of a free trade zone on the Iranian border in Meghri, which will increase the global competitiveness of the national economy. With financial and technical support already in place Armenia can become a hub for interactions with Iran, and for the Eurasian Economic Union.

On the other hand, in 2017 many promises were not kept. Prime Minister Karen Karapetyan announced an investment programme totalling 3.2 billion dollars would be developed. It never happened. As such, there are clear discrepancies between the country’s foreign policy successes and their reflection on economic conjecture, forcing investors to ask themselves where and why they should invest in the country.

In fact, one of the reasons for the Armenian economy’s instability is the fact that many investments have been withdrawn over the past few years. To give just one example, according to the National Statistical Service of Armenia there was just 3.84 million US dollars worth of FDI from the UK in 2017. The previous year the figure was 67.13 million US dollars. In fact, even Armenian entrepreneurs do not risk basing their businesses in the country.

PicsArt, the well-known image editing application with over 100 million monthly active users worldwide, was founded by the Armenian entrepreneur Hovhannes Avoyan, who then established the company’s headquarters in the US.

“In 2015, I brought on investment from Sequoia Capital (in Silicon Valley) and also opened an office in San Francisco. This was done to be close to our US investors and also to build a high performance US team of entrepreneurs and experienced talent. More recently, I’ve started building a team in Los Angeles to complement our San Francisco office and enable us to work more closely with brands, celebrities and the entertainment industry,” he continues.

“I’ve been a serial entrepreneur much of my career as well as an investor in other startups. PicsArt is my sixth company,” Mr Avoyan explains. “I started it after an episode of online bullying that left my daughter in tears after she shared artwork online. I wanted to build a safe space where all creatives could share their work without fear of judgement and come together to collaborate in meaningful ways. That was the basis of PicsArt – an open, non-judgmental environment that inspired creativity and promoted education and community support.”

In the Armenian capital Yerevan the IT sector is flourishing. “The local universities have dramatically elevated their curriculums and are producing top global IT talent. Many engineers are coming out of school looking for new and innovative places to work. This enables PicsArt to recruit and retain great IT talent. We’re actively teaching local students AI and machine learning (among other disciplines), and we’ve gone on to hire many into full-time positions,” he says.

According to Narek Karapetyan from the Investors Club of Armenia, qualified people are one of the main reasons why Armenia today ranks 47th in the World Bank’s Doing Business Index, better than the European average.

“The development of information and communication technologies, renewable energy and tourism is spearheading with global ambitions,” says Mr Karapetyan.

“But the most significant resource here are people, of course, whose literacy rate is 99.8 per cent, and whose young actively seek the best education worldwide, studying in the most prestigious universities in the world and immersing themselves into the best educational traditions, and for whom work is one of the most esteemed values. For any western investor interested in investing in the huge territory comprising the Middle East, Iran and the EEU, Armenia is an embassy, which makes things easy to understand. It’s safe, comfortable and familiar,” he adds.

The next serious challenge the country faces is to ensure that Armenia has a legal system which meets international standards.

“Judicial and legal reforms in general, as well as corruption, are the main topics of discussion in Armenian social-political life,” Mr Karapetyan adds. “Armenia has already started implementation of the Comprehensive and Enhanced Partnership Agreement, signed with the European Union in November 2017, and the justice system and corruption are among the key areas the agreement targets. Armenia is not rich in natural resources. But we will make up for this scarcity by ensuring the best conditions and environment for doing business here, a goal we have already started to accomplish.” 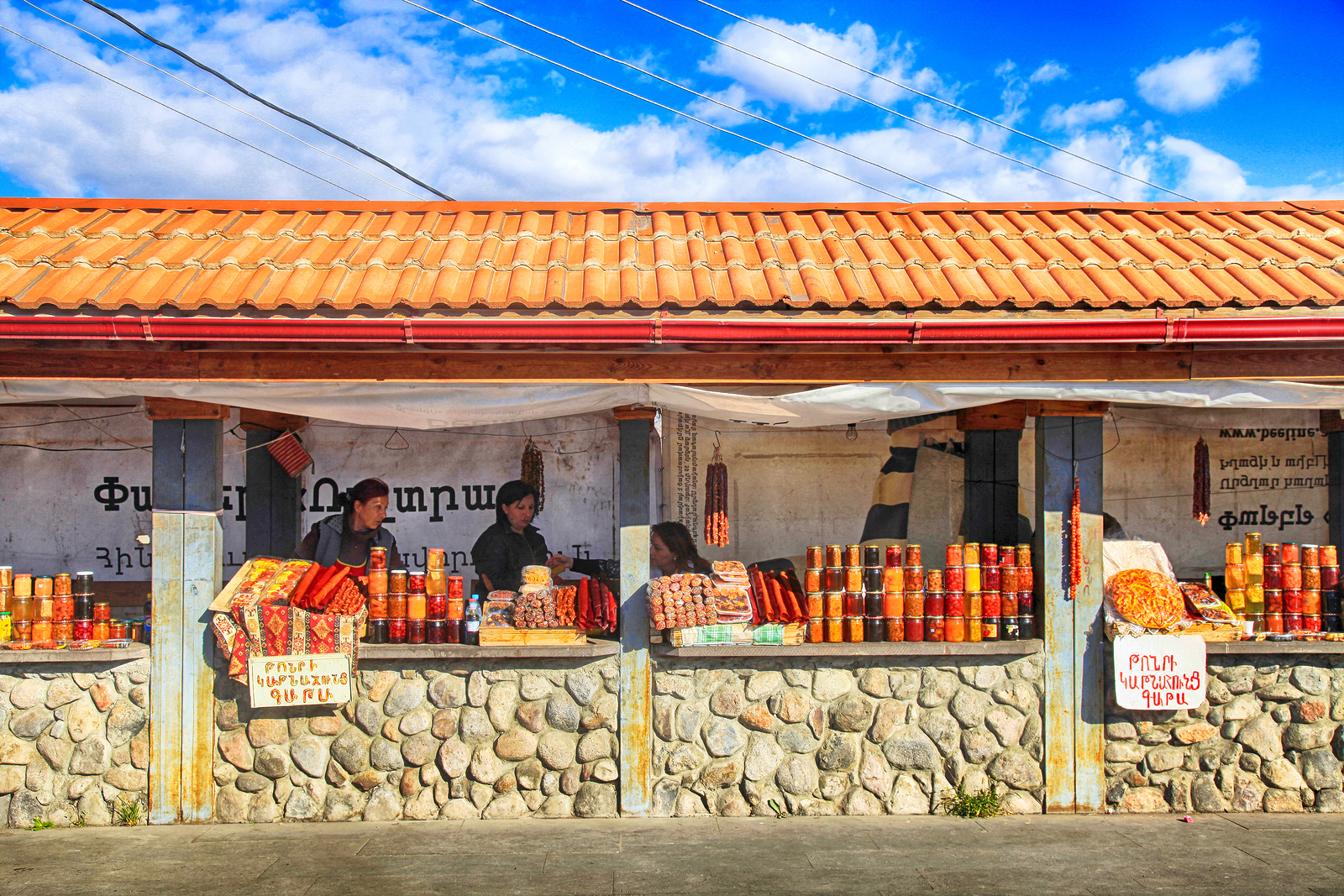 It’s easy to get started

According to AM Law Firm, despite the challenges a number of measures have already been taken, with many key changes to the judiciary being made as part of the amendments of the constitution in 2015.

“Among other innovations, a new Foreign Investment Law has been drafted in order to legally strengthen investors protection, to offer them guarantees and the highest international standards,” Grigor Minasyan, managing partner of AM Law Firm, tells Emerging Europe. “One proposal aims to provide investors with the opportunity to apply to international arbitration in case of disputes, in order to expedite their rapid solution and avoid long-term judicial processes.”

As things stand now the legal environment in Armenia is relatively friendly to foreign investors, as the country’s main goals are to form a favourable investment and business environment, to allow the country’s competitive advantages to shine, guided by principles of international best practice, such as an open-door policy, liberalisation of investment activities, application of national and most-favoured-nation regimes for foreign investors and proper investment protection.

“We can confirm that starting a business in our country is easy,” Mr Minasyan says. “Armenian legislation is liberal in terms of investment access. As a rule, there are no restrictions on entry processes (preliminary checks, special registration and so on). Moreover, Armenia’s legislation is quite advanced in terms of business registration and other related procedures, which has a positive effect on investment projects.” During the first half of 2017, AM Law Firm set up more than 100 new companies in IT, trade, service, agriculture, and other sectors.

Getting a lot right

Instability in Armenia — and the reduction in foreign investment it brings — is likely to continue until we discover if President Serzh Sarksyan does indeed become Prime Minister Serzh Sarksyan.

Either way, Narek Karapetyan is keen to stress the positive: Armenia is getting a lot of things right.