The new Ukrainian government has outlined an ambitious agenda for the country’s future. With expectations high, much will depend on whether the new Ukrainian leadership will be able to fix the economy, move closer to Europe and bring an end to the Donbas war.

Much is at stake for Ukraine’s new leadership. After Volodymyr Zelensky’s decisive win in a presidential election earlier this year, his Servant of the People party became the first political formation ever to win a majority in the Verkhovna Rada, Ukraine’s parliament, during snap elections in July. Only a few months in the job, both Mr Zelensky and Oleksiy Honcharuk, the country’s youngest ever prime minister, are expected to deliver: they will have to do soon to keep the support of the public whose optimism, however, has been decreasing over the past few months.

Opinion polls also show that the issue of the Donbas war, as well as rising prices, inflation and corruption are the top concerns for Ukrainians, which make it clear which areas should be prioritised by both the president and the government.

When outlining an ambitious five-year action plan shortly after taking office Mr Honcharuk pledged that he wanted the economy to grow by 40 per cent during the course of the next five years: by five per cent in 2020 and by at least seven per cent in 2021-2024. In order to achieve this, the government will need to raise 50 billion US dollars in investments.

According to Yehor Kyian, an economic analyst at Ukraine’s International Centre for Policy Studies, the government has declared itself libertarian in outlook, and yet has at the same time tried to preserve the social orientation of the economy to support those on low incomes. Besides the ambitious growth plans, achieving a minimum monthly salary of 174 US dollars is also among the government’s goals.

“While we have a conflict in the eastern part of Ukraine and high military expenditure, it will be difficult to combine and achieve these goals,” Mr Kyian tells Emerging Europe, noting that as a consequence, we should expect a mix of market-oriented and society-oriented policies.

“Reforming the energy sector, opening the land market, the gambling business, privatisation and other reforms can facilitate the pro-market agenda. However, these policies may pose some risk of losing control over the situation,” he continues, noting that in some cases – such as energy reform – Ukraine will need the support of the EU and other international partners. “Without their support, we all may fail,” he adds.

One example of such support is the country’s next cooperation programme with the International Monetary Fund (IMF). “It will reassure Ukraine’s partners that it is credible and can meet its obligations, even if currently it seems to be influencing perception more than offering real help,” Mr Kyian says, noting that Ukraine has decent amount of gold reserves in case of trouble. “Nevertheless, the positive image and the adoption of the IMF’s requirements show Ukraine’s readiness to change and implement reform. That should be appreciated, taking into account the difficult situation in the country’s east.”

The much-discussed IMF programme serves as a guarantee for Ukraine, but the ultimate aim is for the country to go its own way: the Ukrainian finance minister Oksana Markarova has said that the country should no longer rely on cooperation with the IMF by 2023.

While Ukraine’s macroeconomic stability has strengthened, foreign portfolio inflows have increased significantly and economic growth has remained resilient despite pressure from the election cycle. The European Bank for Reconstruction and Development (EBRD) notes that the progress of reform has been mixed: financial-sector reforms and public finance reforms have continued as planned, but anti-corruption efforts have suffered a setback, posing an old-new challenge for the government.

In its latest country-specific report, the EBRD expects the Ukrainian government to implement key reforms such as the privatisation of state-owned enterprises and banks, further anti-corruption measures, the digitalisation of public-sector services, the unbundling of the country’s gas transmission system operation from Naftogaz (Ukraine’s national energy holding) and the opening of the country’s land market. The latter two initiatives appear to be moving forward, although the government’s land market reform plans will likely lead to political disputes as the majority of Ukrainians continue to oppose the initiative.

Although reforms should progress, we must not forget about the risks along the way.

“The quick adoption of reforms may lead to negative consequences. As such, international stakeholders, whilst pushing for reforms, must understand the specifics of Ukraine’s development, otherwise not the national, but personal interests will be lobbied,” Yehor Kyian warns, stressing that a clearer stimulus should be offered by Ukraine’s foreign partners, taking into account the high price the country has paid for restructuring its economy while simultaneously trying to cope with the Donbas war.

All eyes on the next Normandy summit

“Mr Zelensky is still learning how to be a politician, to deal with the different power bases that surround him, and fully understand that complex issues hardly ever have easy solutions, particularly when the Russians are involved,” Amanda Paul, a senior analyst of the European Policy Centre tells Emerging Europe, adding that “this is definitely the case when it comes to the conflict in the Donbas.”

Vitalii Martyniuk, the acting executive director of the Centre for Global Studies Strategy XXI, a Ukrainian think tank, shares a similar opinion. “At the beginning of his presidential term Mr Zelensky thought he could easily end the war. Mr Poroshenko was equally naive in 2014. The president’s first plan – to stop shooting, withdraw forces and reintegrate territories – has failed. Despite some positive results and withdrawal at some points, a ceasefire has not been kept,” he argues, noting that the president’s mistake is that he has not yet insisted on the withdrawal of the Russian troops and weapons without which peace cannot be reached.

Discussing the so-called Steinmeier formula, a peace process plan endorsed by the president which would grant permanent special status for Donbas if local elections are conducted under Ukrainian law and follow international standards, Mrs Paul says that the plan has exposed the president’s political inexperience, along with that of his team which failed to manage the fallout correctly. Mr Martinyuk adds that the formula should not be the primary step to achieve peace, but “rather the third, after ceasefire and the withdrawal of Russian forces, as the formula concerns local elections, which could not be organised in the absence of security.” According to him, elections are the way to solve an internal conflict, not a Russian-waged war.

After months of hesitation from the Russian side, Ukrainian and Russian leaders are again set to join their French and German counterparts for peace talks in Paris. Mrs Paul believes that the remarks of the French president Emmanuel Macron, who called for reengagement with Russia, have been “extremely unhelpful.”

“They have added weight to concerns that France and Germany are pressing Zelensky to move ahead with the Steinmeier formula in order to improve relations with Russia. Given that it is Russia which has troops on Ukrainian territory, the pressure should be on Moscow,” she says, noting that any belief Mr Zelensky could have ended the conflict on his terms was naive, as Russia is “ready to play the long game.” 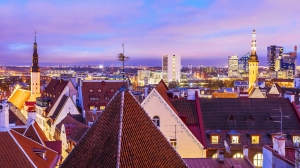 The Top of Europe 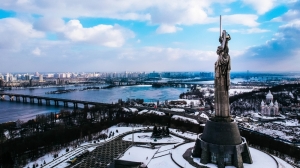 The Silk Road Group: Linking East to West via investment, wine and music