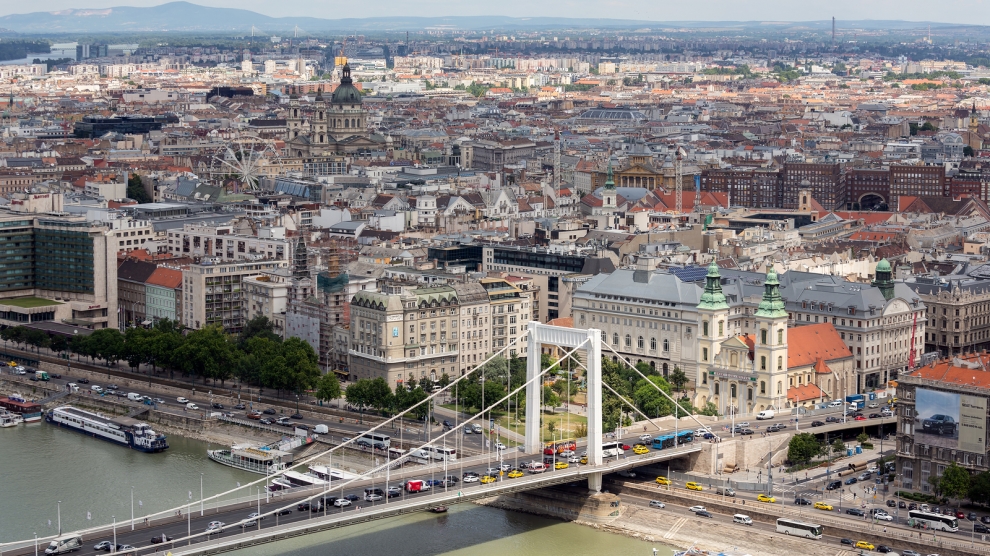 Select Vantage is the only trading firm in the world that marries human judgement with advanced technology on a global scale. Offering a common trading, education, risk-management, compliance and surveillance platform to traders in 50 countries. Its operations centre in Budapest, Hungary, has been key to the company's success.

When Daniel Schlaepfer established Select Vantage Inc (SVI) in 2011, he conceived of a next generation proprietary day trading firm powered by the potential of human insight over algorithms. Built from the ashes of another company, Daniel salvaged components that showed huge promise – technology, infrastructure and talent – and combined it with a new focus on sophisticated compliance and surveillance tools. He instilled a new managerial culture that prioritised the development of razor-sharp analytical skills in his traders.

“Select Vantage had its roots in another firm, but what we did in 2011 transformed it into an entirely new beast” Schlaepfer tells Emerging Europe. “I changed the format and I eliminated the problems, because it had some issues regarding compliances and regulators. I introduced different technologies to alleviate those problems. This world is all about compliance, so you need the right technology.”

Schlaepfer was named in the National Post’s ‘Top 40 Under 40’ of Canada 2019, and Concordia University’s prestigious ‘50 Under 50 Shaping Business’. He is also an established thought leader on capital markets, finance and international regulation, and is adamant that the human element remains crucial in what is an increasingly automated, globalised economy. This is perhaps why Select Vantage is the world’s only trading firm that focuses on individual human traders, while many other companies are automated.

“We have to remember that humans are still the ones making decisions,” says Schlaepfer. 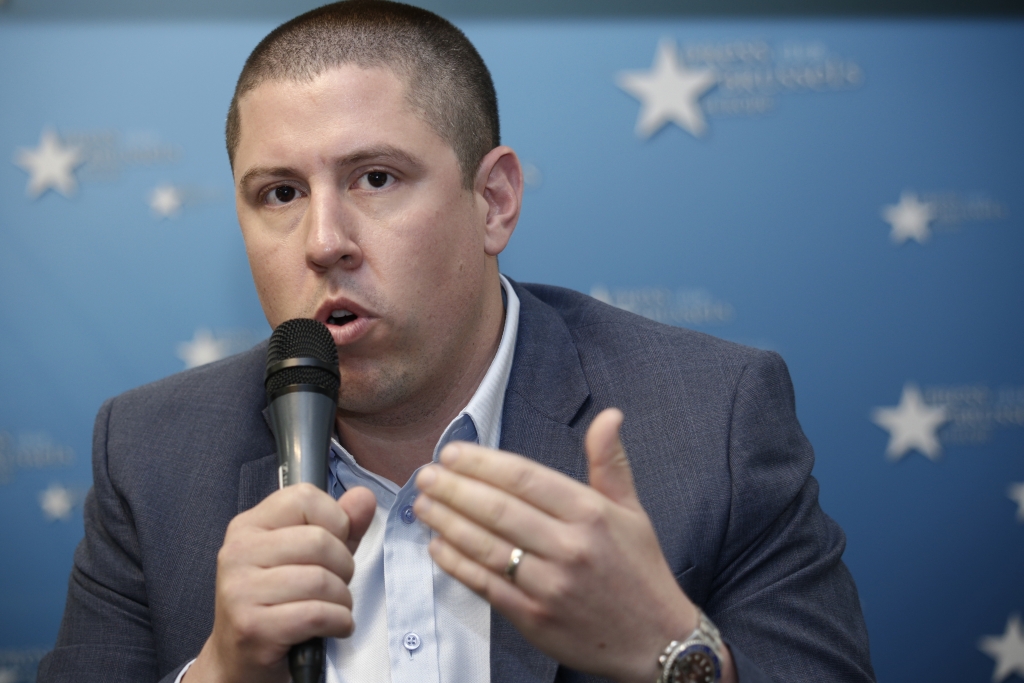 A key Select Vantage operational hub can be found in the Hungarian capital, Budapest, which is also home to one of the company’s managing directors, Laszlo Ujvari. The company also has a presence in Gliwice, in Poland. In total, SVI employs over 2,700 specialists worldwide, who trade up to three billion US dollars daily.

Schlaepfer began doing business in CEE over a decade ago and has seen the regional economies grow from strength to strength. He was initially taken aback by the plentiful supply of local and highly educated specialists in applied sciences and mathematics that helped build his businesses. These young, ambitious and hard-working Hungarians and Poles also had strong linguistic skills – particularly in English and Mandarin – that gave SVI a cutting edge in markets.

“We have 20 people based in Budapest,” says Schlaepfer. “Operating in CEE gave me people with a set of skills that was exactly what I was looking for. The economy has spiked like crazy, especially the tourism sector. I think that the economic outlook is pretty good.”

Schlaepfer admits, however, that he got some strange looks when he first suggested basing operations in Hungary.

“The margins of the trading business have shrunk, so we have scaled, and we made a conscious decision to set up operations in Hungary. At the beginning people were looking at me like I was crazy when I told them that I was working in Hungary, as it’s not considered to be a place to do business. Then they realised how qualified people were, and how motivated they were. That’s why we keep hiring in the region, and why I am also filing a new business in Budapest.”

SVI was a front runner in setting up in Budapest – larger firms were nowhere to be seen at first, but quickly moved in on the action after outfits like SVI set up shop.

“The company in Budapest is based on trust. The mother company must trust its subsidiaries and its people. I met Daniel 10 years ago, so we knew we could trust each other,” he tells Emerging Europe.

Ujvari says that the Hungarian company was initially set up for the typical reason why companies open branches in CEE: it is cost-effective but there are highly qualified people.

“In our specific case, the Budapest’s office was born as the night shift of the American operations. We work until 3pm CEST, then people in Toronto take over. Also, Hungary is closer to China, which is an important market considering half our business happens there. That’s also why most of our business must be done in Mandarin, and we have people speaking Mandarin and many other languages here,” he says.

Ujvari says that in Budapest “you can find all the languages you need.” Not only among Hungarians, but also amongst expatriates who, for many reasons, moved to Hungary.

“And IT people are important too. There is a shortage of workers these days, but we haven’t felt it. We haven’t seen big fluctuations amongst staff, and we have had the same people working for us for years.”

When it comes to hiring staff, Ujvari says that he prefers to hire beginners or new graduates.

“If they are open minded, they can learn anything and that’s enough. It is not easy to find people familiar with what we do here, so they just need to be willing to learn and we train them. They always start with e-learning, but after a few days new employees learn from the example of the senior ones. But everybody learns to trade. We use simulations of course, but we all know what traders are going through. That way we can help solve their problems easily.”

Ultimately, Ujvari says that he is building a team that is like a family: “People like the mood in the office, the familiar environment we create, so they remain.”

Piotr Surdel operates a trading office in Poland under the name Akademia Daytradingu, utilising Select Vantage systems, back office functions and its network infrastructure. It is responsible for the hiring and training of day traders in Poland, as well as providing ongoing, real-time support to their activities. Employees also work on a range of trading and vital back office operations.

“They help expand SVI’s global reach and deepen its intelligence on CEE markets to ensure SVI traders are deploying sophisticated strategies,” Surdel tells Emerging Europe. “The EMEA region is an important addition to Select Vantage trading operations in North, Central and South America. SVI is now paving the way for more traders to enter European exchanges because Brexit, US trade wars and other geopolitical challenges have potential to bring massive volumes of trades to the major stock exchanges across the European continent.”

“The development of our office activities in the EMEA region was supported by Select Vantage technical staff and a solid compliance surveillance effort run by Hugo Kruyne in Toronto, which is important for engaging multiple stock exchanges where different market rules are imposed” adds Surdel.

“Over the years, we witnessed the extraordinary growth of the regional economy and has seen other major firms following SVI’s lead, by establishing new operations. Although many proprietary trading companies are entering Poland, SVI maintains a leading role mostly because it has the most attractive offer both in terms of wide market access and the lowest costs for a trader.”

Akademia Daytradingu were propriety daytrading pioneers in Poland. As one of first companies of this kind to open in Poland, it brought to Polish traders a possibility to daytrade North, Central and Southern America, Europe and Africa alike. Although the business faced several challenges – and still does – Surdel sees a bright future.

“I’m glad we went this way. Developing and keeping our current performance would be way much more difficult if not impossible were it not for Select Vantage’s support and assistance, especially when it’s needed most. I think the strong moral spine and high standards of Select Vantage staff – as well as great management – make an important difference. It makes Select Vantage stand out and is the main reason we are not looking to cooperate with any other proprietary trading firm,” he concludes.