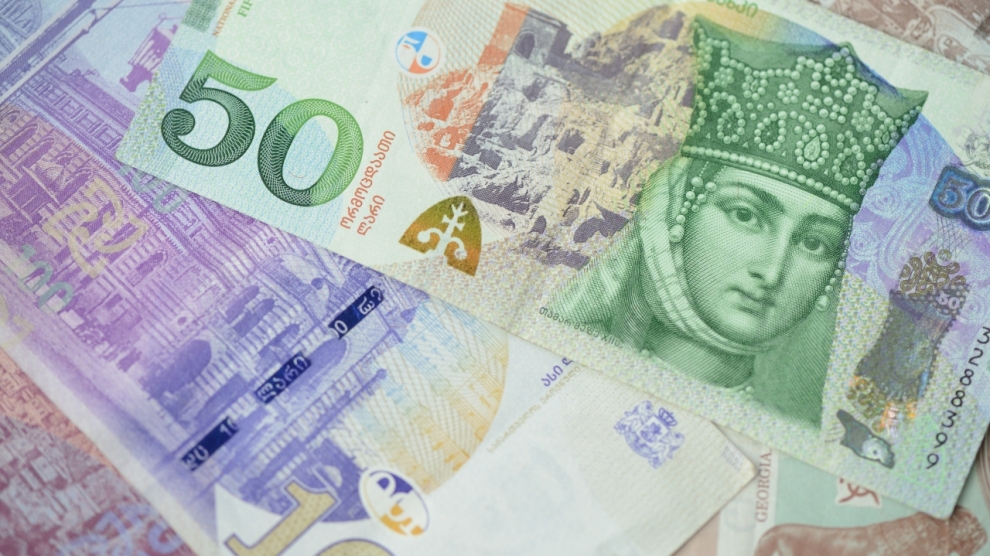 The boss of Georgia’s National Bank, Koba Gvenetadze, is in reassuring, even bullish mood, as he speaks to Andrew Wrobel, suggesting that the economic future is bright for a country which has managed to absorb many a regional shock.

Georgia is expected to have the highest growth in the region? What strengthens that growth?

The Georgian economy is currently in a phase of recovery following the external shocks of 2014-15. Economic growth has accelerated in 2017 and is expected to exceed 4 per cent for the year, higher than previously estimated. An improved external sector, extensive infrastructure projects and an increase in consumer confidence have contributed considerably to the growth of both investments and consumption.

A positive trend in the export of goods has been accompanied by a strong service account largely due to a big rise in the number of tourists. Increased government capital spending on basic infrastructure is also stimulating economic activity. The outlook for economic growth is even more favourable for the next few years.

The country has overcome several regional crises quite well. How has it managed to do that?

The Georgian economy operates under a flexible exchange rate. This has proven to be an important adjustment mechanism during periods of crisis. In 2015, for example, the Georgian economy faced significant external shocks: global appreciation of the US dollar and a drop in external demand caused by economic problems suffered by our main trading partners. This put pressure on the exchange rate.

For small open economies with floating exchange rates like Georgia, the shock absorber role of the exchange rate is important as it helps to restore an equilibrium. After the depreciation of the currency, we noticed that the external sector began to adjust as demand for imports declined and the economy gradually started to recover.

What are the current risks to financial stability?

The Georgian financial sector is sound and has continued to perform well even during recent regional turbulence. Georgian banks remain well capitalised, with a high level of liquidity and a low share of non-performing loans. Most banks maintain capital buffers well above the regulatory minimum, and the National Bank of Georgia (NBG) preserves prudent supervisory requirements and insists on high standards of credit. The household and corporate debt burden is moderate in relation to similar economies and government debt remains at a sustainable level.

How is the high dollarisation issue currently being tackled?

Dollarisation is still the main challenge for Georgia’s economy and for its financial system. In recent years, the NBG has actively worked to promote de-dollarisation or, as we call it larisation. Maintaining low and stable inflation as well as a floating exchange rate regime are essential for enhancing confidence in a national currency.

Additionally, in 2016, the NBG and government of Georgia came up with various measures to help the process of de-dollarisation, all of which took into account the best-practice experience of several other countries. A number of policy instruments offer favourable treatment to the lari and place certain restrictions on foreign currency in as market-friendly a way as possible.

However, we do understand that building trust in a national currency obviously needs time, and we view de-dollarisation as a long-term process. That said, the level of dollarisation has seen a sharp decline since the end of 2016, which makes us believe that we have chosen the right course. We now expect dollarisation levels to decline even further.

What is the bank’s inflation target for this and next year?

We believe that in the long-term the optimal level of inflation for Georgia is 3 per cent. When we introduced inflation-targeting back in 2010, we began with a higher target because inflation forecasts were higher at that time, and the instruments of monetary policy available to us were simply not developed enough.

Since then the NBG has been gradually lowering the inflation target, which for this year is set at 4 per cent. Next year we will reduce it again to the long-term optimal level of 3 per cent.

Currently, inflation is above the target, mainly because of a series of one-off factors, not the least of which was an increase in excise tax on a number of consumer goods applied at the end of 2016. This has only a temporary impact on inflation and will fade out by the end of this year. We, therefore, expect inflation to return to its target level by the beginning of 2018.

What are the challenges for the Georgian banking sector going forward?

Similar to other developing countries, Georgians do not currently save sufficiently. This, combined with high investment demand, drives interest rates up, making borrowing expensive. A shortage in local funding is compensated by external borrowing in foreign currencies, including the deposits of non-residents. The development of other components of the financial system, including the insurance sector and the capital markets, is also lagging at the moment.

The local stock market is almost non-existent, fuelling further expansion in bank lending. To address this, the NBG is implementing a capital market development strategy, prepared jointly with the government. We hope that the upcoming Pillar II pension reform, as well as a number of other initiatives, will help boost those markets.

How do you see the capital markets developing in Georgia?

Capital market development is one of the priorities for the country in general and the NBG in particular. We want to create a well-functioning financial market to help improve economic growth in Georgia. We understand that these markets can’t develop overnight, but we do aim to move forward, albeit gradually and at a steady pace. We believe that markets should develop from simpler to more complicated instruments, with the former providing the foundations on which the latter can be built.

We have created an intergovernmental working group which published a strategy paper on the issue, and which is also in charge of implementation. The NBG is playing an active role in this process. The reforms are complex and they affect every aspect of the financial markets including legal foundations, the drafting of new laws and regulations and the updating of existing ones; upgrading infrastructure for trading, settlement, risk management and reporting; building supervisory capacity; educating players on the market.

Our efforts are delivering results already. The government bond market is growing and improving consistently, with Moody’s recently having upgraded our sovereign rating to BA2 from BA3. Corporate bonds are likewise picking up momentum (for example, the NBG recently issued lari-denominated euro bonds of 500 million lari), while the IFIs have been active in issuing local currency-denominated bonds both on and offshore. The interbank repo market has become increasingly active. The International Capital Market Association published a positive legal opinion about Georgia last year and Clearstream now offers Georgian government papers and IFI bonds to its vast client base.

The Georgian market is open and welcomes non-resident investors. To support further growth we are completely overhauling post-trade infrastructure, capitalising on an already state-of-the-art system used for government papers. All the reforms are aimed at making Georgia more familiar and bringing international markets and investors closer to us.

What are your FDI expectations for this and next year?

We are expecting FDI inflows to be around 9-11 per cent of GDP both this year and next. For the Georgian economy, FDI is the major source of external funding. Over the last year, FDI has been concentrated in transport, communication, energy, construction and real estate. FDI inflows in Georgia are strong and should continue to increase as macroeconomic stability and an improved business climate attracts foreign investors.