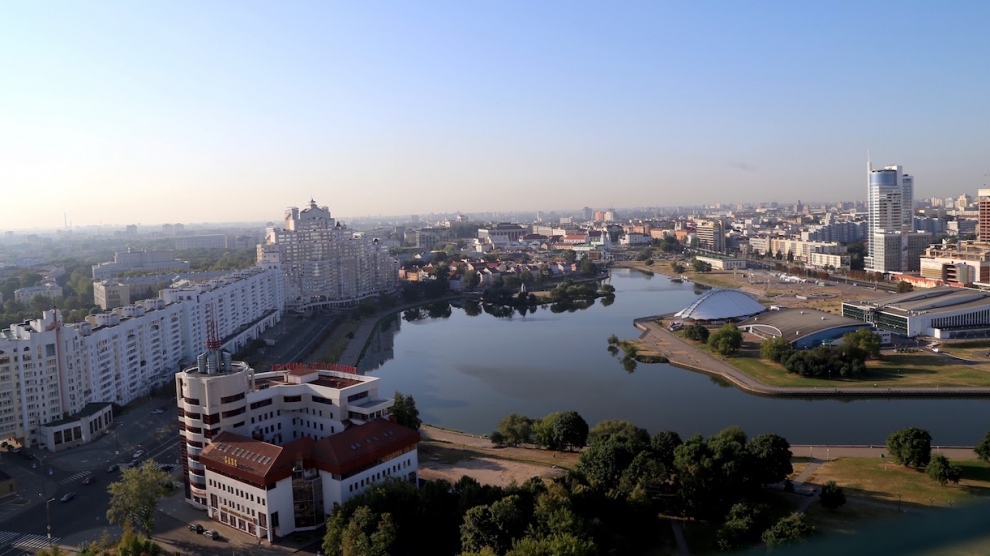 There are about 4,300 free economic zones across the world and more are constantly being added. Belarus, with its population of close to ten million and area of slightly over 200,000, sq. km, has six regional zones. It also has the Great Stone Industrial Park which is located near the country’s capital, and which is meant to take full advantage of the One Belt One Road initiative.

Dr Mohammed Alzarooni, Chairman of the World Free Zones Organisation, based in Dubai, spoke to Eva Keller about the advantages of free zones over possible costs and about the strategic position Belarus holds in the One Belt One Road scheme.

Free zones have been instrumental in developing the economies of many countries around the world. Many countries in Central and Eastern Europe use the concept as part of their development. What is the role of free zones in emerging markets?

It is indeed well recognised that free zones have been instrumental in developing many countries’ economies. While free zones and their activities have expanded rapidly in developed economies for a variety of reasons, we at World FZO firmly believe that the concept of free zone is much more applicable to emerging markets. By their very nature, emerging markets are, well, . . .  emerging.

Free zones offer a way to accelerate the development of these markets and their ability to move towards their destination, which often is a developed market status. Free zones help foster economic activity, improve competitiveness, encourage trans-border trade, contribute to globalisation and support progress in human development indicators. For these reasons, I would say emerging markets must embrace the idea of free zones quickly and must reap the attendant benefits.

Creating free economic zones is not without cost and, sometimes, if governments grant incentives or create better conditions in those special economic zones they don’t bother to improve the business environment in other parts of the country. How do we avoid that?

Well, it is certainly not the norm, but it could be an exceptional case that a government supports special economic zones while paying less attention to the domestic tariff area. Progressive governments and policymakers do not usually discriminate; but surely, if the priority for the country is accelerated economic growth, higher investment, more job creation and expanding foreign trade, the idea of special economic zones automatically wins.

In the end, all round economic growth is what will deliver prosperity to the entire country and that is the most desirable outcome. Yet, the role of free zones as islands of excellence will surely serve to exert a ‘demonstration effect’ on policymakers and other businesses.

China’s ambitious One Belt One Road (OBOR) idea seeks to connect several Asian economies almost seamlessly and is trying to bring about a major transformation in the region, in terms of connectivity, infrastructure development, investment and trade. The spin-off benefits are likely to be tremendous in terms of job creation, income generation, trade flows, and investment flows and so on.

As enclaves of excellence, free zones are in a unique position to contribute to the OBOR initiative in terms of production and supply of goods and services, as well as providing technology inputs. As part of the global value chain, free zones have ready access to the 0raw materials, technology and finished goods that the massive OBOR project would need. At the World FZO, we see it as a ‘win-win’ opportunity for all.

The Great Stone Industrial Park is the newest free zone in Belarus and has recently become a member of the World Free Economic Zones Organisation. It’s a large endeavour that brings companies from China and the European Union closer together. As Ansgar Rudolph from InSite Bavaria told Emerging Europe, Great Stone is a new trans-national model of a free economic zone, which provides a common ground for international companies. What is your opinion of the Great Stone model?

Indeed, Great Stone is a voting member in our organisation. We believe the Park is a great initiative that brings two large players in the world arena together, namely China and the EU. Both have their strengths as well as their market needs.

Belarus is strategically located to cater to their mutual needs. By facilitating the two giant economic entities’ coming together via the Great Stone Industrial Park route, Belarus has set an example for others to follow.

Survio – The Czech Start Up Creating 1.5 Million Surveys
Brexit Makes Waves Across the European Union and Beyond
Comment