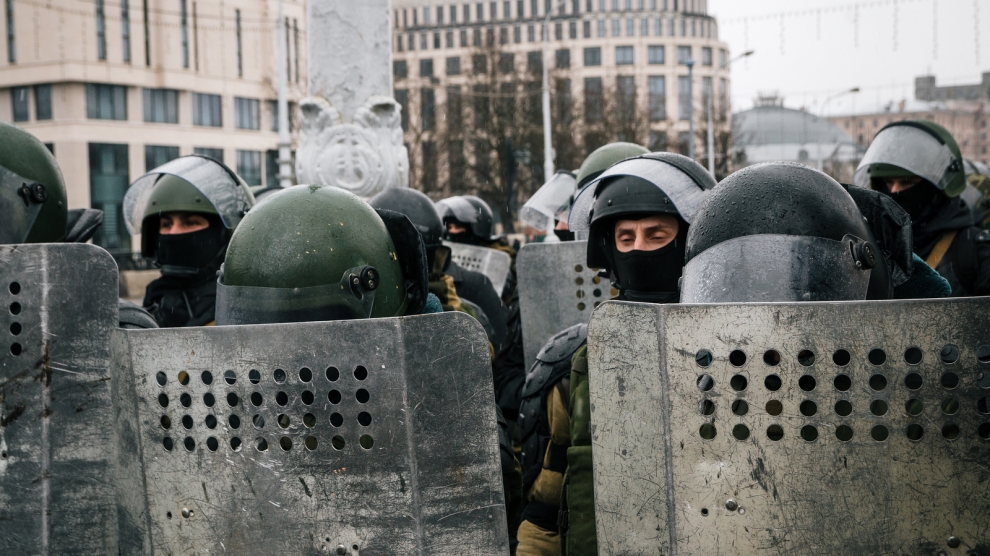 Riot police in Minsk have detained at least 15 opposition activists, including politicians, who were protesting against the removal of crosses at a memorial commemorating Soviet-era oppression.

On April 4, bulldozers and excavators started removing wooden crosses from Kurapaty, an area of the outskirts of Minsk, where the NKVD, the then-secret police of the USSR, executed up to a quarter of a million Belarusians during the 1930s and the 1940s.

On the same evening, hundreds of Belarusians attended a prayer meeting denouncing the move, an event at which several politicians and activists were detained. Among those are former political prisoner and co-chair of the Christian Democratic Party Paval Sevyarynets, former leader of the Youth Front movement Zmitser Dashkevich and activist Nina Bahinskaya.

Although no official administrative unit has claimed responsibility for removing the crosses, president Aleksander Lukashenko recently criticised protestors who demonstrate with crosses.