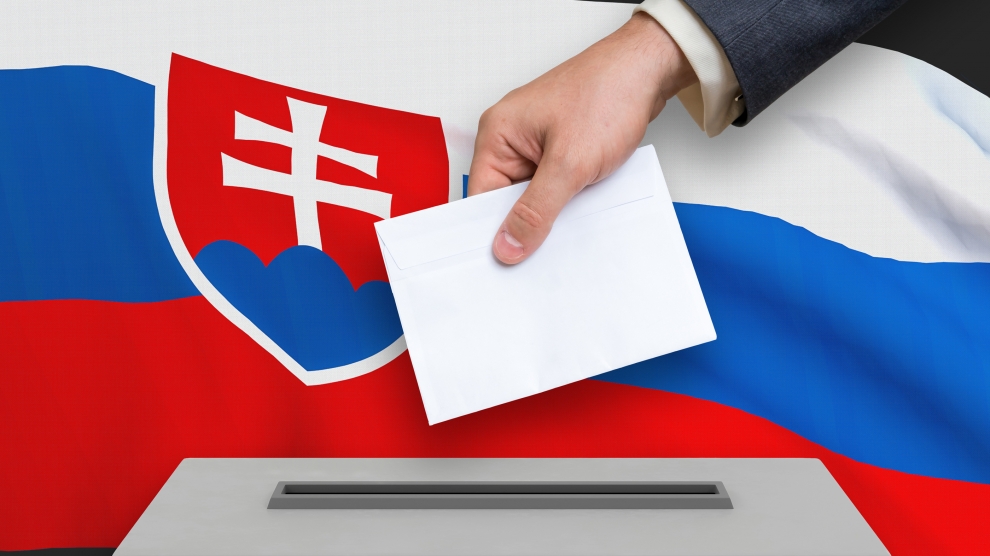 Slovak voters head to the polls on February 29 to elect 150 MPs to the National Council, the country’s parliament, under a proportional election system that will have far-reaching implications for the Central European country.

The election’s biggest loser is likely to be the ruling SMER party, which has been in power since 2012. In the last parliamentary election, SMER secured 33 per cent of mandates in the National Council and formed a coalition with the far-right SNS party and Most-Híd, a political grouping of Slovaks and ethnic Hungarians.

However, the past four years have seen a decline in support for ruling social democrats, with SMER – according to the latest opinion poll, published by the Focus Agency on February 13 – standing at 17 per cent, while none of the minor parties in the governing coalition are forecast to pass the five per cent threshold needed to enter the Slovak parliament.

Slovak law prohibits pollsters from publishing their findings in the two weeks prior to an election. However, a leaked poll from the Focus and AKO agencies conducted between February 20 and 24 reveal that SMER is now the second largest party in the country, having been overtaken by OL’anO (Ordinary People), a Christian democratic and conservative party led by Igor Matovič, which has support of 19.1 per cent. The same poll suggests SMER stands at 15.6 per cent, with five other parties likely to gain enough votes that can be turned into parliamentary seats. A significant proportion of votes – at least 15 per cent – are likely to go to parties that do not make it into parliament.

The fall in popularity for SMER is no surprise: the party is accused of widespread corruption, and support collapsed in the aftermath of the  murder in 2018 of Ján Kuciak, an investigative journalist, who exposed the corruption of former Slovak interior minister Robert Kalinak and was about to publish a story linking the Italian mafia with Slovak government officials. Mr Kuciak was shot dead together with his fiancée allegedly on the orders of Marian Kocner, a well-known Slovak businessman, currently on trial for ordering the killing.

In the wake of large protests which followed the murder – the largest in Slovakia’s history as an independent country – then prime minister Robert Fico was forced to resign in favour of SMER party colleague Peter Pelligrini.

Centrists in, Hungarians out?

The election will most certainly see two new entrants to the country’s parliament: the Progressive Slovakia party that successfully supported Zuzana Čaputová, an environmental activist, who was last year elected president, and which is now running as part of an electoral coalition with Together, another centrist formation. The centre-right Za L’udi (For the People) party of former president Andrej Kiska is also likely to send MPs to the National Council. Support for the centrist coalition stands at roughly nine per cent, while Mr Kiska’s party is polling at six per cent.

According to Nikolett Garai, a researcher who focuses on the V4 countries at Hungary’s Institute for Foreign Affairs and Trade, the PS-Together coalition is highly likely to pass the seven per cent threshold set for two-party coalitions. “This is a great achievement for PS considering that it was only established in 2018 and is still one of the youngest parties in Slovakia,” she tells Emerging Europe.

Garai suggests however that the success of Mrs Čaputová might not be translated into support for her party.

“The presidential election is a different type of political event, in which Čaputová’s personality and credibility was more important than her party affiliation. If PS gets into parliament, it will be a great performance in itself,” she says, noting, however, that since Mr Kiska’s Za l’udi party entered the race, support for PS/Spolu has fallen, while Za l’udi has been gradually strengthening.

Ms Garai explains that ethnic Hungarian parties, which represent some 450,000 ethnic Hungarians living along the country’s southern border, are facing a difficult situation.

“There is a strong likelihood that for the first time in the history of independent Slovakia, Hungarian ethnic interests will not be represented by ethnic Hungarian parties in the Slovak parliament, let alone be part of the government coalition as was the case in the recent years. Both the mixed Slovak-Hungarian party, Most-Híd led by Béla Bugár, a member of the current government coalition and the Party of the Hungarian Community (MKP), which is running in the election together with other ethnic Hungarian political forces under the name of Hungarian Community Alliance, has lost support in recent years,” she adds.

A wild addition to the European far-right

Radical, right-wing and eurosceptic parties are nothing new in Slovak politics, but this election threatens to reshape not just the country, but also increase the populist pressure Europe is facing.

Polling among the top four parties is the People’s party – Our Slovakia (L’SNS), an openly neo-fascist formation led by Marian Kotleba. The party secured eight per cent of the vote and 14 MPs in 2016 and is now looking to strengthen its position. The nationalist Sme Rodina party is also likely to enter the National Council.

The rise of Mr Kotleba’s party corresponds with a pattern seen elsewhere in Europe where far-right forces have either joined governments – as in Estonia where the right-wing EKRE party is part of the governing coalition – or in the other three Visegrád countries that are run by either populist or radical right-wing parties. Still, his positions are so extreme that he stands out even when compared to the ruling Fidesz party in Hungary, Poland’s ruling Law and Justice party or the populist ANO party of Czech prime minister Andrzej Babiš.

Mr Kotleba, who is a great admirer of Jozef Tiso, Slovakia’s Nazi-allied leader from the 1940s who sent some 70,000 Slovak Jews to concentration camps, is running on a platform that refers to ethnic Roma people in the country as “social parasites”, and describes NATO as a “terrorist organisation”, wants to create paramilitary groups and relax gun ownership laws.

Current polls expect that the L’SNS will secure some 9-14 per cent of the vote.

“Around a third of the Roma people in Slovakia live in extreme poverty, and they present an easy image for the ‘other,’” says Pavol Hardoš, a lecturer at the Institute of European Studies and International Relations at Comenius University, adding that the real danger is that “[Mr Kotleba’s] ideas, or the ideas of the radical right, are already very much normalised in Slovak discourse.”

A grand coalition could take over

Although the ruling SMER party has seen a great decline in electoral support, Ms Garai argues that it could still win and take around 17 per cent of the vote. “The real question of the election is whether SMER-SD will be able to form a coalition government with right-wing parties, maybe with the far-right L’SNS or not,” she says, pointing to the current coalition that also includes a right-wing party.

“Alternatively, it is also possible that a politically diverse coalition will be established by the centrist-liberal forces with the support of Christian-democratic parties without the participation of SMER-SD. However, such a formation could be very fragile and unstable.” A similar government led by Iveta Radičová that included four centre-right/liberal parties collapsed after just a year in office in 2011.

For this to happen, centre-right formations such as the OL’anO and Mr Kiska’s Za L’udi party will have to reach across the ideological aisle and join forces with the libertarian SAS party and PS/Together coalition. However, Mr Matovic, OL’anO’s leader, also considered a populist, has a number of long standing disputes with other formations on the political right.

“Nonetheless, we should be prepared for interesting situations too, such as the case in Czechia where the ANO party formed a minority government with the social democrats and established a political alliance with the Communist party,” Ms Garai concludes.

Kosovo set to lift import tariffs on Serbian goods
What’s next for the ‘Friends of Cohesion’ in EU budget talks?
Comment