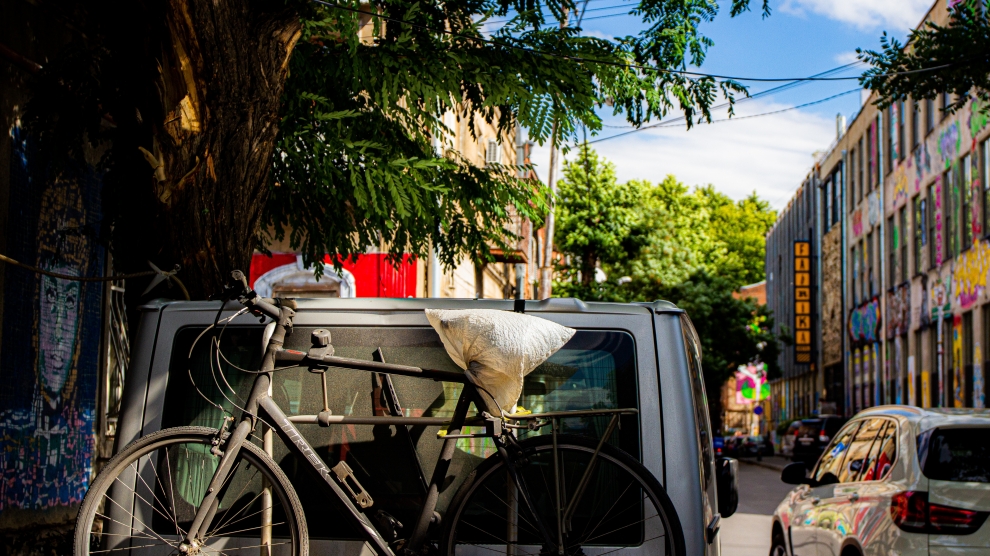 A letter from Tbilisi

During my visits to Tbilisi this year, I immediately noticed an abundance of signs in Roman script and many speakers of English. Gone are the days of counting Metro stops because of my inability to read Georgia’s uniquely beautiful alphabet of elegant curves—while metro signage is now bilingual, I also can read and speak some Georgian.

In Hungary, Viktor Orban showers money on stadiums, less so on hospitals

The Pancho Arena stands about 20 yards from the country home of Viktor Orban, Hungary’s prime minister. The professional soccer stadium has a heated pitch, a museum, a spotless medical clinic and 3,814 seats, double the population of the surrounding village.

Grumpy eastern Europeans aren’t as gloomy as they seem

Have the people of Eastern Europe really benefited from the fall of the Berlin Wall? This may seem a nonsensical question – of course they have! But according to a survey conducted in seven post-Communist countries by George Soros’s Open Society Foundations, many people there don’t feel they’re living in functioning democracies, or even living much better than they did before 1989.

Hero or double agent? An encounter with Lech Walesa

Lech Walesa is probably the most famous of all the thousands — actually millions — who struggled against the oppression of Communist rule in Eastern Europe and the Soviet Union. The only person with a similar level of fame is Vaclav Havel in what was then Czechoslovakia.

A pivot towards the West is simply not in Armenia’s best interest.

First there was the priest sentenced for allegedly plotting to poison a top church official. Then there was the other priest who alleged that Georgia’s prime minister and a billionaire businessman wanted to kill the church’s revered spiritual leader. Oh, and don’t forget the priest who nearly got into a fight with clergymen and who, after being forcibly thrown out of an extraordinary meeting, accused the church’s leader on live TV of being “possessed by the sin of pederasty and sodomy.” It’s high drama and low politics in the Georgian Orthodox Church these days, experts say.

Time for a Balkan reboot

French President Emmanuel Macron’s non to starting accession talks with Albania and North Macedonia has killed a key EU strategy for transforming the region. Not only has membership of the European Union become more remote for the two Balkan nations, it has also dimmed the hopes of others in the region.

The execution of Romanian dictator Nicolae Ceausescu and his wife Elena on Christmas Day 1989 remains among the most shocking images from the demise of communist rule in eastern Europe.

Can the European Union tackle corruption and state capture?

A key aim of the EU’s eastern enlargement was to improve standards of governance and the rule of law in Central and Eastern Europe. Yet as Dimitar Bechev explains, the last 15 years have produced a mixed record. He argues that while the EU cannot offer any silver bullets, it is still a badly-needed ally in strengthening the rule of law in the Balkans. But for enlargement to make good on its original promise, the EU should take a robust stance and call out egregious cases of corruption.

Estonia has a new way to stop speeding motorists

Drivers can now take a “timeout” instead of a fine, waiting for 45 minutes or an hour, depending on how fast they were going when stopped.