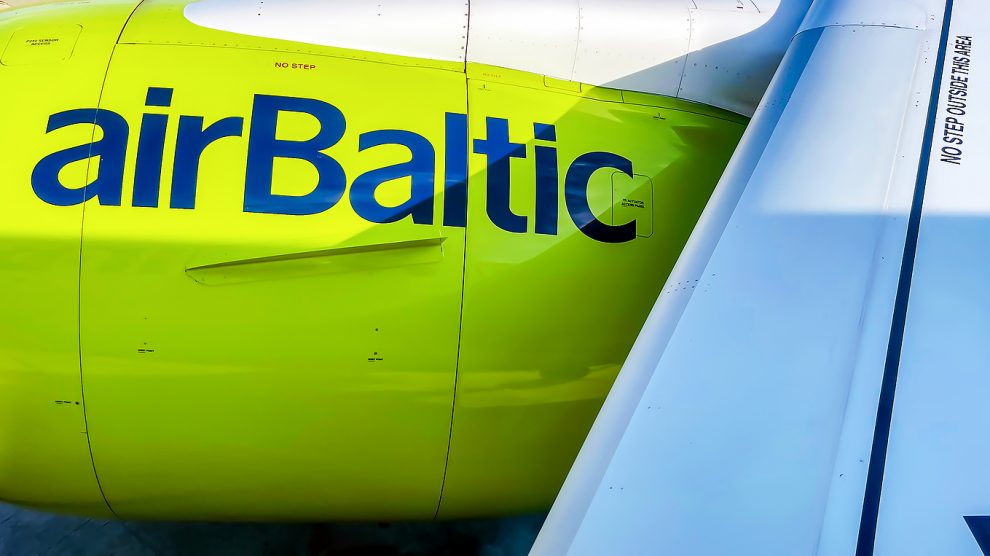 The European Union’s highest court on Thursday advised that a mechanism linking financial disbursements to respect for the rule of law is compatible with EU legislation and that Hungary and Poland’s objections to the mechanism should be dismissed. The European Court of Justice’s (ECJ) Advocate General Manuel Campos Sánchez-Bordona said the mechanism “was adopted on an appropriate legal basis” and that it does not overstep the competencies of the EU and its central institutions as laid out in the bloc’s treaties.

The Czech president, Miloš Zeman, on Sunday appointed the leader of a centre-right alliance, Petr Fiala, as prime minister in a ceremony he performed from a plexiglass cubicle after testing positive for Covid-19. Fiala leads a bloc of five centre and centre-right opposition parties that won an election in October, ousting the incumbent Andrej Babiš and his allies.

Polish chemicals firm Synthos this week completed the purchase of a synthetic rubber plant in Germany from Trinseo, for an enterprise value of around 460 million US dollars. The deal, first agreed in May and given the green light by the European Commission last month, is part of a major expansion worth more than one billion euros by the Polish firm, which has also in recent years bought a synthetic rubber plant in Czechia, and expanded polystyrene facilities in France and the Netherlands.

Poland will begin vaccinating children aged five years and above against Covid-19 on December 13, the government has announced. The health and education ministers have sent parents a letter encouraging them to register their children for the jab, citing scientific evidence for its safety. Children aged 12 and above have already been able to receive Pfizer vaccines since June, and 1.6 million have already done so.

Bulgaria’s interim government plans to propose a 2022 budget draft targeting a fiscal deficit of 2.9 per cent of economic output, the interim finance minister said on Thursday. Valery Beltchev said the small and open economy is likely to end 2021 with a balanced budget, or even a small surplus, outperforming plans to end the year with a fiscal shortfall of 3.6 per cent of GDP.

Hungary’s central bank raised its one-week deposit rate by 20 basis points to 3.1 per cent at a weekly tender on Thursday, its fifth rate rise in less than three weeks as it tries to curb rising inflation amid a strong economic recovery. The bank has pledged to continue its monetary tightening as long as necessary and flagged a “more extensive and longer lasting” tightening to anchor inflationary expectations.

Konzum, the largest supermarket chain in Croatia, is now accepting payments in cryptocurrencies. The company officially announced on Monday that it now accepts nine cryptocurrencies for payment in its online store, allowing customers to use crypto to buy groceries, hygiene products and household supplies. According to the announcement, the supported cryptocurrencies include Bitcoin, Ether, Bitcoin Cash, EOS, Dai, Ripple, Stellar, as well as stablecoins like Tether and USD Coin.

Ukrainian President Volodymyr Zelensky on Wednesday called for direct negotiations with Russia to end an eight-year war with pro-Russian separatists in his country’s east. “We must tell the truth that we will not be able to end the war without direct talks with Russia,” Zelensky said during an annual address to lawmakers. His comments followed the foreign ministry saying Tuesday that Russia has massed 115,000 troops around Ukraine, on the Crimean peninsula — which Moscow annexed in 2014 – and in two eastern regions occupied by pro-Russian separatists fighters.

The European Union proposed on Wednesday curtailing some rights of migrants at its borders with Belarus, including letting asylum seekers be held at border camps for up to four months and allowing for faster deportations. The proposals are the latest EU attempt to deal with what it describes as a crisis manufactured by Minsk. It accuses Belarus of flying in migrants from the Middle East and pushing them to cross through the woods into Poland, Lithuania and Latvia.

Amnesty International has reiterated its call on Belarusian authorities to immediately to release the dozens of human rights activists who have been arbitrarily detained since a disputed presidential election in August 2020, and put an end to their “relentless persecution” of civil society groups. Over the past 18 months, said Marie Struthers, the London-based human rights watchdog’s Eastern Europe and Central Asia director, the regime of authoritarian ruler Alexander Lukashenko “has effectively outlawed the country’s entire human rights community.”

The leaders of Armenia and Azerbaijan have expressed a willingness toward progress on border delimitation and improving economic and transport links after Russian President Vladimir Putin hosted trilateral talks in Sochi. Azerbaijani President Ilham Aliyev, Armenian Prime Minister Nikol Pashinian, and Putin began their three-hour meeting last Friday by saying that “a lot has been done” since last year’s Moscow-brokered cease-fire ended 44 days of intense fighting over the breakaway region of Nagorno-Karabakh and nearby districts. A deadly flareup last week has rekindled fears of a return to large-scale violence.

China has lashed out at Estonia after two of its lawmakers visited Taiwan, where they voiced their support for democracy on the island. Ruling party members Juri Jaanson and Madis Milling arrived in Taipei this week as part of a Baltic delegation for the 2021 Open Parliament Forum, attending meetings with Taiwan’s president, prime minister and foreign minister. Their actions sparked an outcry from China’s embassy in Tallinn, which issued a statement on Tuesday, saying actions taken by the lawmakers were condemnable and “grossly interfere in China’s internal affairs”.

Serbia’s government said on Tuesday it would put a cap on prices of food staples including sugar, milk, pork, sunflower cooking oil and flour for the next two months to curb inflation. Year-on-year consumer price inflation in Serbia stood at 6.6 per cent in October, above the top-end of the central bank’s target range of three per cent plus or minus 1.5 percentage points.

Albania’s President Ilir Meta has welcomed Bulgaria’s proposal that Albania and North Macedonia’s EU accession path be decoupled, allowing Albania to progress. Albania’s EU path has so far been linked to that of North Macedonia, meaning that the veto by Bulgaria against the latter over culture, human rights, and language issues, has prevented Albania from progressing to the first intergovernmental meeting, marking the formal start of negotiations, despite getting the OK from all 27 member states. Last week, Bulgarian EU Ambassador Rumen Aleksandrov said that his country would not be lifting the veto on North Macedonia, but that Albania should be uncoupled and assessed independently.

About 7,000 miners will return to work at Bosnia’s seven coal mines after securing a deal with the government and state-owned Elektroprivreda BiH (EPBiH) power utility on wages and pensions, officials said on Wednesday, bringing to an end a nine-day protest. The miners halted work last week in support of colleagues who were protesting in the capital Sarajevo against what they said were violations of work and pay regulations.

Opposition parties in Kyrgyzstan are crying foul after an automated count bedevilled by technical issues showed them losing in a parliamentary election. Dozens of supporters of four opposition parties gathered outside the offices of the Central Election Commission (CEC) in the capital Bishkek on Monday, with police watching on. Results based on a near-complete automated count on Sunday evening showed six parties entering parliament, with most expected to be loyal to the government of President Sadyr Japarov.

A lifeline for many people in Turkmenistan is about to be cut off, as the family members of Turkmen migrant workers and prisoners will lose access to subsidised food amid growing poverty, inflation, and food shortages in the authoritarian Central Asian country. The new rule will come into force early next year, several sources familiar with the issue told RFE/RL. Turkmenistan has increasingly limited its citizens’ access to state-owned grocery shops that offer essential foodstuffs at subsidised prices, up to 10 times cheaper than in private stores.