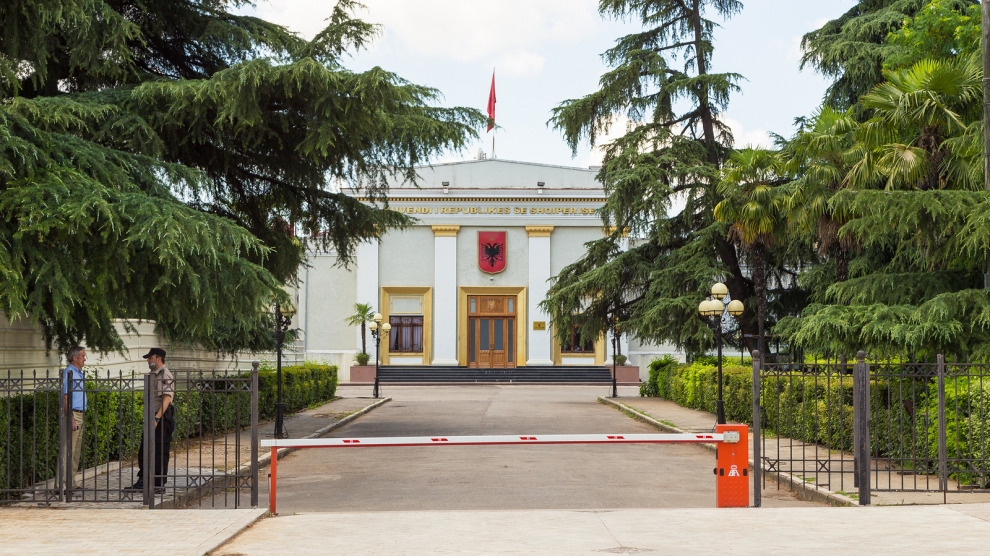 Thousands of protesters supporting Albania’s opposition surrounded the country’s parliament on February 21 and demanded the resignation of prime minister Edi Rama and his government, claiming that it is corrupt and has links to organised crime.

Despite concerns that the protest could become violent, the demonstration was peaceful. At a previous opposition rally on February 16, protesters tried to force their way into the prime minister’s office. Police used tear gas to keep them away.

The protest culminated in a march led by the head of the opposition Democratic Party, Lulzim Basha, to hand over signed statements by opposition MPs renouncing their mandates. Mr Basha has called for a new general election. “We will now lead a civic, peaceful and democratic battle to restore legitimacy and democracy in Albania,” he told a reporter from the Associated Press.

Before the protest, the EU issued a statement calling for calm.

“In view of the protests in Albania today, we reaffirm the right of citizens to engage in peaceful demonstrations as an essential feature and a core value of democracy, but we strongly denounce any rhetoric by political leaders calling for violence,” said the EU High Representative for Foreign Affairs and Security Policy Federica Mogherini.

Expressing concern about the decision of the opposition to withdraw from Parliament, the Secretary General of the Council of Europe, Thorbjørn Jagland said: “In a democracy the legislature is the first instance where political issues affecting the whole country should be debated and solutions should be sought. The Albanian opposition should not abandon parliament. All parties should refrain from violent rhetoric and violence on the streets. The right of assembly and demonstration should be exercised peacefully.”

Suspicions emerge that Ukraine is importing coal from the Donbass, via Belarus
Opposition to Polish Sunday trading ban grows
Comment