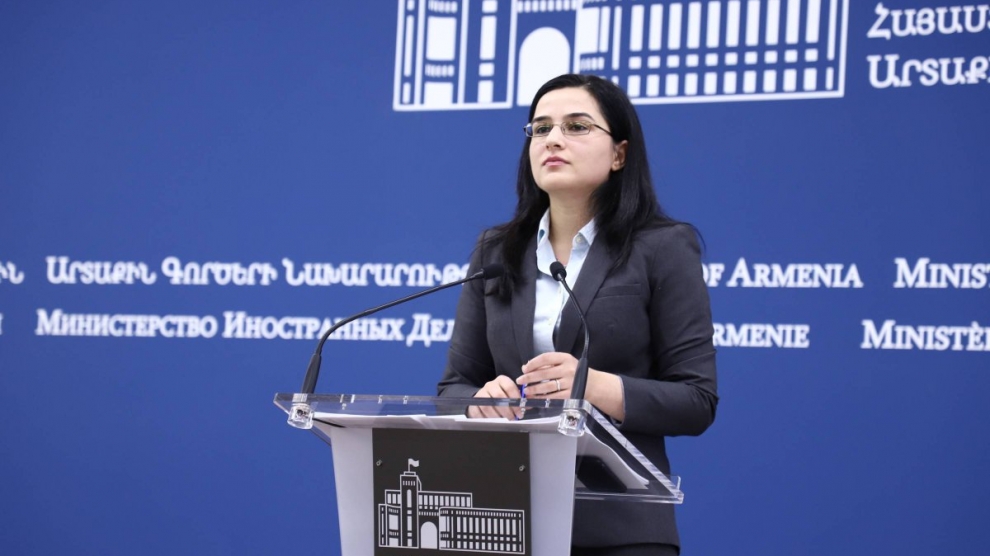 Armenia’s foreign ministry has condemned the recent remarks of the Turkish president Recep Tayyip Erdogan, who said that the long disputed Nagorno Karabakh (Artsakh) region lying between Azerbaijan and Armenia, which is claimed by both countries, was under Armenian occupation, RFE/RL’s Armenian service has reported.

Speaking at the Turkic Council summit on October 15, Mr Erdogan stressed that Turkey would “do its best to ensure the territorial integrity” of Azerbaijan, adding that the Karabakh region is an “ancient” Azeri land.

“Azerbaijan’s and Turkey’s distorted perceptions of and approaches to regional security based on racism and discrimination hinder peaceful resolution of conflicts and contribute to instability in and outside the region,” said a spokesperson for the Armenian foreign ministry, adding that the security of Armenians in the disputed regions remains a top priority for them.

The spokesperson also condemned the remarks made by Azerbaijan’s president Ilham Aliyev, who said that Armenia’s southeast Syunik region “historically” belonged to Azerbaijan.

“After Turkey’s president tried to justify in his statement on April 24 the [1915] genocide of the Armenian people perpetrated in their historical homeland, any further statements by him on this subject do not deserve a response,” the spokesperson continued, referring to Mr Erdogan’s earlier statement that Turkey “has never committed civilian massacre in its history.”

Armenia and Azerbaijan also came out differently with regard to Turkey’s recently launched operation in northwest Syria. While the Armenian government strongly condemned the Turkish move, warning of a potential humanitarian crisis, Azerbaijan voiced support for the military campaign.