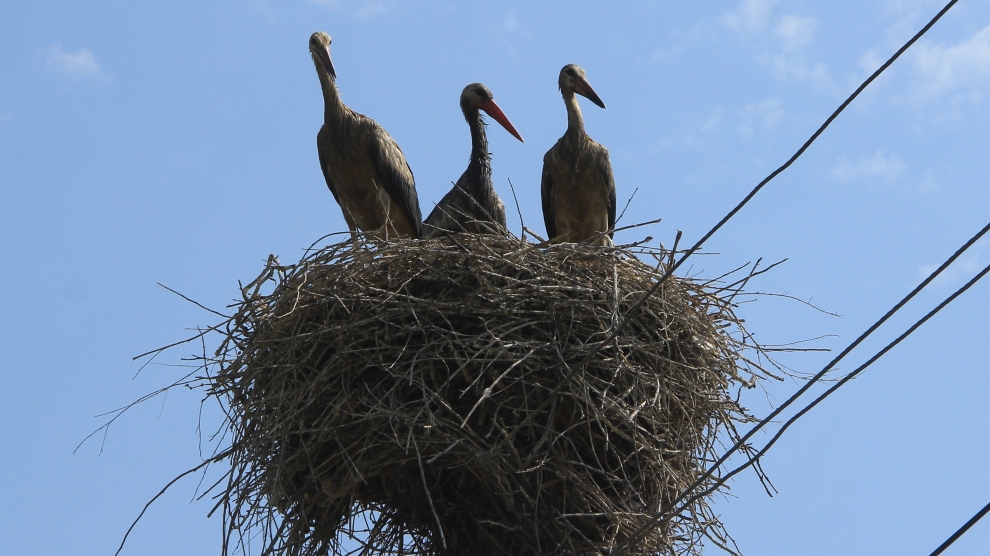 Images of oil-covered storks have surfaced online in Armenia, prompting environmental activists to once again raise the alarm over the fate of birds in the country.

Fisheries are to blame, according to environmental groups, which pollute the areas where the birds feed.

A group of activists from the Armenian Environmental Front visited the affected areas, the villages in the Ararat and Armavir provinces, on July 4 where they identified 65 birds covered in oil.

The country’s environment ministry has also suggested that fisheries are the cause of the problem. In a statement on July 7, the ministry reported they are monitoring the villages with stork populations and were able to track where the birds feed and the possible pollution sources.

“Based on preliminary data, it has become clear that the majority of the polluted birds go near the fisheries to feed which is the probable cause for the oil covering,” the statement reads.

Pollution is a serious threat to birds in the Ararat and Armavir area, with the ministry’s research showing that 60 per cent are affected.

The fisheries could soon find themselves under investigation by Armenia’s Inspectorate for Nature Protection and Mineral Resources. The inspectorate has announced that it has sent samples of contaminated feathers for laboratory testing and that it will inspect several businesses near stork populations.

This is not the first time that oil-covered storks have caused concern in Armenian environmental circles. In 2019, local residents in Ararat and Armavir discovered storks covered in what appeared to be oil. Even after cleaning the birds, some couldn’t take flight and died as a result. Activists in Yerevan managed to capture and clean some 22 birds, but they could not save them all.

When the oil-covered storks were first discovered, analysis of the feathers concluded than at least 20 per cent of the substance was made up of oil that comes from food production.

The contamination caused a sharp drop in the number of storks, according to the Scientific Center of Zoology and Hydroecology, which says that as many as one hundred storks could have died as a result.

Storks feature prominently in Armenian folklore as a symbol of prosperity and wealth. An estimated number of 300 birds stay in the country during the winter, nesting most often on rooftops and electrical poles around villages in the Ararat and Armavir provinces.

Until the 1970s, storks nested in Armenia only temporarily before continuing on to Africa, but since fisheries were introduced, a small local population emerged that is now endangered by pollution.

Does the EU’s anti-money laundering strategy ignore the (Russian) elephant in the room?
EU leads calls for Armenia and Azerbaijan to de-escalate border conflict
Comment