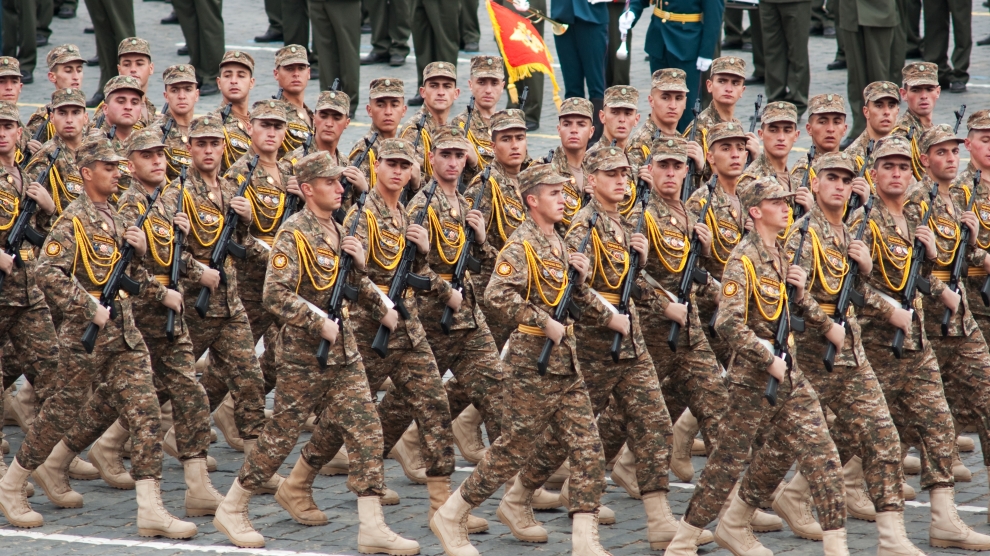 The European Union has called on Armenia and Azerbaijan to immediately de-escalate their deadly border spat following two days of armed clashes on their shared border.

Azerbaijan claims that four of its soldiers were killed and three others injured on July 12 when Armenian forces violated a ceasefire and targeted positions of Azerbaijan’s army in the northwestern Tovuz district. Armenia has blamed Azerbaijan for the conflict, citing “provocations”.

Azerbaijan says that its army launched counterattacks on July 13, targeting Armenian positions. According to a statement from the Azerbaijan defense ministry a military radar station, vehicle depot, tanks and armoured vehicles were hit, and that more than 20 Armenian army personnel were killed. Armenia however has said that just three of its soldiers and two police officers had been wounded.

“The EU urges both sides to stop the armed confrontation, refrain from action and rhetoric that provoke tension, and undertake immediate measures to prevent further escalation,” the European Union’s External Action unit said in a statement. “In this context, both sides should make use of their mechanism for direct communication, the established format led by the OSCE Minsk Group Co-Chairs, as well as the Personal Representative of the OSCE Chairperson-in-Office. This serious ceasefire violation highlights the urgency of resuming the OSCE monitoring on the ground, as soon as conditions allow.”

The EU called on both sides to strictly respect the ceasefire, devote energy and resources to fighting the coronavirus pandemic, meaningfully re-engage in substantive negotiations under the auspices of the OSCE Minsk Group Co-Chairs and prepare their populations for peace.

While the two countries have been locked in a conflict over Azerbaijan’s breakaway region of Nagorno-Karabakh for three decades, with skirmishes common, the recent clashes took place far from Nagorno-Karabakh and directly between the two nations, something which occurs rarely.

Armenian Prime Minister Nikol Pashinyan told a cabinet meeting on July 13 that Azerbaijani “provocations will not be unanswered”.

Armenia’s Defence Minister David Tonoyan added that Yerevan “will be reacting to Azerbaijani actions, including by taking advantageous positions” in their territory.

He said Armenian forces “do not shell civilian targets in Azerbaijan and only target the engineering infrastructure and technical facilities of the Azerbaijani armed forces”.

Turkey’s foreign ministry has backed Azerbaijan, promising “to continue, with all its capacity, to stand by Azerbaijan in its struggle to protect its territorial integrity”.

War between the two countries could drag in regional powers including Armenia’s military ally Russia and Azerbaijan’s patron Turkey, which compete for geopolitical influence in the region.

UN Secretary-General Antonio Guterres meanwhile said he was “deeply concerned” by the conflict.

“The Secretary-General urges an immediate end to the fighting and calls on all involved to take immediate steps to de-escalate the situation and refrain from provocative rhetoric,” said Stephane Dujarric, the UN chief’s spokesperson.