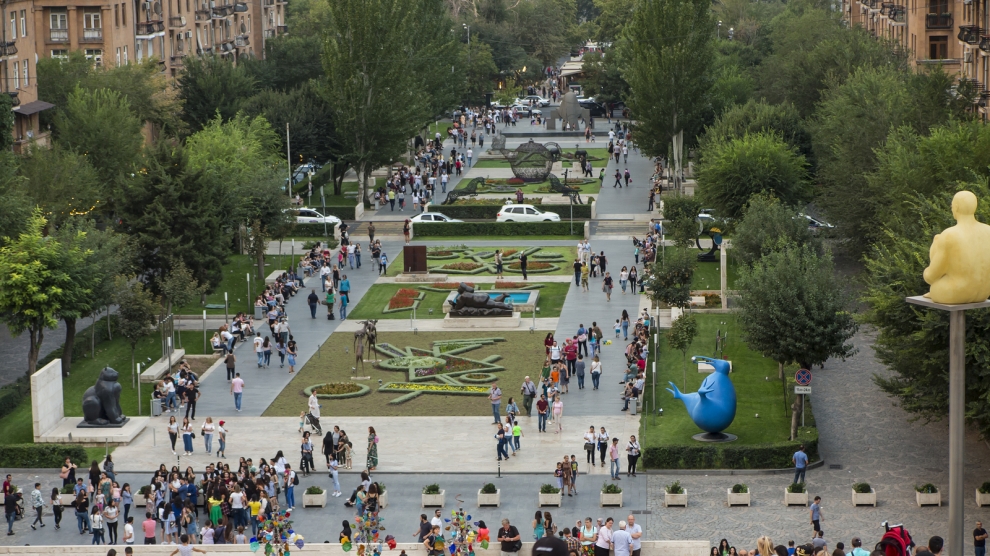 The Central Bank of Armenia (CBA) has said that it expects the Armenian economy to grow between 4.6 and 6.1 per cent in 2019, with private consumption predicted to make the largest contribution to the economy’s expansion.

However, CBA president Artur Javadyan said that the central bank expected a more modest growth in investments compared to the previous year, adding that “the impact of export and fiscal policy on economic growth will be restraining to some extent”, conditioned by the growth rates of imports in line with exports, as well as the decline of Armenia’s budget deficit.

“In the predicted horizon, which in our case is 12 quarters, economic growth is within a 3.8-5.9 per cent range. But in the medium- and long-term, economic growth will be greatly determined by the expansion of economic production capacity, the structural reforms being carried out by government and potential levels of economic growth forecast in partner countries”, the CBA president said on June 3.

The CBA shows an optimistic outlook on Armenia’s GDP growth compared to that of the IMF and the EBRD, both of which estimate growth at 4.5 per cent for 2019.