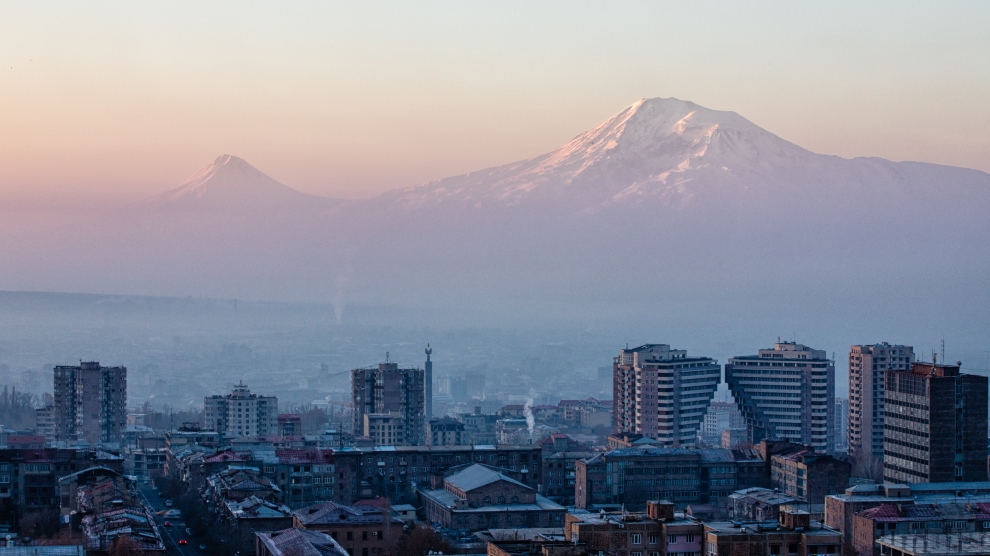 Armenia is actively working to better position itself on the investment map by creating a more attractive business climate. Foreign investment will be crucial for maintaining the economy’s so-far robust growth rate.

“Armenia is no exception to the global foreign direct investment trend. Investment flows are struggling to recover from the heights reached before the financial crisis. A wait-and-see attitude prevails among investors, who have reacted with caution to the recent political transition,” the United Nations Conference on Trade and Development’s (UNCTAD) recent investment policy review finds. After a significant hike from 184 million US dollars in 2015 to 334 million US dollars in 2016, FDI in the country stood at 250 million USD in 2017 and grew by just 1.6 per cent last year. For Armenia, attracting investment remains a key challenge.

The latest edition of the World Bank’s Doing Business report ranks Armenia’s economy 47th in its list of 190 economies, down from its historic high of 41st place in 2018. While far from welcome, the drop does not signify a change in attitude towards investors. Far from it: the country is pushing to become an attractive market.

“On the ease of the doing business score, which assesses a country’s absolute level of regulatory performance, Armenia’s score went up from 73.2 in Doing Business 2019 to 74.5 in Doing Business 2020,” says Sylvie Bossoutrot, the World Bank’s country manager for Armenia, adding that “the country is indeed continuing to narrow the gap with the global regulatory frontier which is a positive and promising development.”

According to Mrs Bossoutrot, the country has achieved “substantive improvements” in the business regulatory framework of four key areas over the past year: construction quality control was strengthened by the government’s imposing of stricter qualification requirements and the country strengthened the protection of minority investors by requiring independent reviews, immediate public disclosures of transactions, as well as by increasing shareholder rights and their role in major corporate decisions.

In addition, Armenia made the payment of taxes easier by extending refunds of VAT to cases of capital investment while exporting was made faster by allowing the online submission of customs declarations.

Aside from the overall World Bank ranking, Armenia made it into the top 10 countries globally when it comes to starting a business. It also ranks higher than any other country in the Commonwealth of Independent States, a positive signal for those seeking access to former Soviet republics.

“If you ask me why you should invest in Armenia, my answer will be the following: investing in a small country with a global network and skilled labour force is promising,” claims Armenia’s prime minister Nikol Pashinyan.

Is this the case?

“Armenia’s efficiency profile is characterised by a well-educated workforce, strong skills heritage and competitive salary levels,” UNCTAD’s investment policy review says. While costs related to the workforce are affordable, much attention should be paid to transportation costs: Georgia is the only transit route for Armenian goods due to embargoes from Azerbaijan and Turkey.

The UNCTAD report claims that several industries can aim for a billion US dollars in export sales in goods and services during the next 10-20 years: hi-tech, data science, deep technology, tourism, textiles and garments.

Promoting investment amid a global slowdown

Less than a year after Armenia’s Velvet Revolution, Mr Pashinyan in February announced an “economic revolution” which, amongst much else, was aimed at creating a better business environment, fighting corruption and protecting the rule of law – all three being crucial for those wishing to invest in the country.

“We see a strong will to reform institutions, fight against corruption, bolster the rule of law and improve the quality of human capital,” says Marina Stefani, the director of sovereigns at US-based international ratings agency Fitch Ratings, which in May affirmed its B+ rating for Armenia. Earlier this year, Standard & Poor’s also affirmed the Armenian economy with a stable outlook while Moody’s changed the country’s outlook from stable to positive.

Dimitar Bogov, the regional lead economist of the European Bank for Reconstruction and Development (EBRD), who claims that the authorities moved towards greater transparency, adds that a major tax-reform programme was carried out which included cutting corporate taxes from 20 per cent to 18 per cent, from next year. The tax on dividends for non-resident organisations will also halve, to five per cent.

“Reforms need to be institutionalised in a way that does not negatively affect regular operations of the private sector,” the EBRD warns, noting that “strengthening the tax administration and further increasing the fairness and transparency of the tax framework would facilitate the private sector’s ability to drive future growth.”

If the latest projections of the International Monetary Fund (IMF) prove correct, Armenia can be the growth champion of emerging Europe in 2019: it expects the country’s economy to grow by at least six per cent this year, with the EBRD also projecting six per cent growth. While the global economic slowdown, which seems more inevitable and is likely to impact the whole of emerging Europe, will also impact Armenia, the country’s growth rates will remain significant on the short term.

The IMF has agreed to provide Armenia with 248.2 million US dollars over the next three years, within the framework of a precautionary stand-by arrangement to support the government’s efforts to strengthen Armenia’s economic fundamentals.

However, as Yulia Ustyugova, the IMF’s resident representative in Armenia points out, consumption-led growth may not be entirely fortunate, since it is investment that is “the key building block” for growth in the future.

“So the challenge remains how to generate sustainable, long-term growth that is driven by investment and exports, rather than consumption,” she concludes.

As the Baltics continue to lead the fintech scene, other CEE countries search for new strategies
Slovenia moves into the blockchain big league
Comment