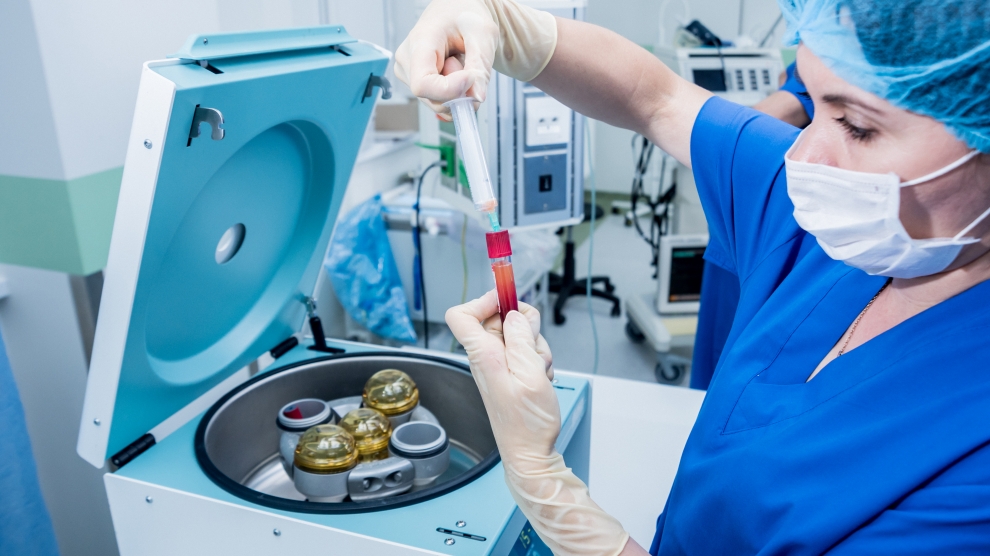 Production of the first batch of a Polish anti-Covid-19 drug derived from convalescent blood plasma began yesterday at the laboratories of Biomed Lublin, one of the biggest pharmaceutical companies in the country.

The drug will contain isolated antibodies, the immunoglobulins G (IgG) against the virus which causes Covid-19 — Sars-Cov-2. In the production of the drug the raw material is human plasma, which has been used in medical applications for years and is considered safe.

However, the drug will still have to be clinically tested before it is approved for wider use against Covid-19.

“After conducting clinical trials, we will fully know the effectiveness of the therapy,” says Professor Krzysztof Tomasiewicz from Lublin’s main hospital (SPSK 1), where the first phase of the clinical trials is set to take place.

Biomed Lublin has already received the relevant certification from Poland’s chief pharmaceutical inspector, authorising the company to being producing the immunoglobulin for the clinical trials. Production is expected to take around a month.

Some medical centres in the country, including SPSK 1, have already used convalescent blood plasma to treat Covid-19 patients, a treatment that is approved by both the World Health Organisation and Polish Ministry of Health.

“Current scientific reports indicate that treatment with the plasma of recovered patients alone brings results. It can therefore be assumed that clinical trials will confirm the effectiveness of our drug,” says Piotr Fic, the COO of Biomed Lublin.

While raw plasma has a limited shelf life, the new drug can be stored and used as needed if any additional waves of infections occur at a later date.

More importantly, in transfusion therapy it is necessary for blood groups of the donor and receiver to match. A drug can be given to anyone and will be standardised, allowing medical personnel tailor the dosage to each patient.

With the race to produce the first effective Covid-19 vaccine still ongoing – few appear to have been impressed by Russia’s claims that it has one – a drug that can help Covid-19 patients recover is essentially the next best thing.

The first steps in creating the Polish drug were taken in March when Grzegorz Czelej, a doctor and senator, and Waldemar Sierocki, a member of the supervisory board at Biomed Lublin, held a meeting to develop the concept of the drug.

Last week, Biomed Lublin received the last batch of plasma from its suppliers: the regional blood donation and hemotherapy centre.

“We would like to thank the regional blood donation centres and all the honorary plasma donors. Their attitude saves lives,” says Marcin Piróg, CEO of Biomed Lublin.

The exact amount of ampoules that can be created from the collected plasma will be known in early September, but the first 3,000 doses have been secured for Poland.

After the trial is complete, Mr Piróg hopes Biomed Lublin will be able to produce the drug for international use too.

“If Biomed Lublin has access to an appropriate amount of plasma, it can produce blood-derived drugs not only for the Polish market, but also for the foreign market,” he says.

“I am asking the European Union and the parliaments of individual countries to increase resources for the collection and storage of plasma with antibodies. The 50 million euros that the EU has allocated for this purpose is far from sufficient and, apart from the central budget, it would be good if individual countries would also find funds for this purpose in their budgets,” he said.

Nagorno-Karabakh: A peace process with little peace and little process
Stalemate in Belarus as both dictator and revolutionaries dig in
Comment