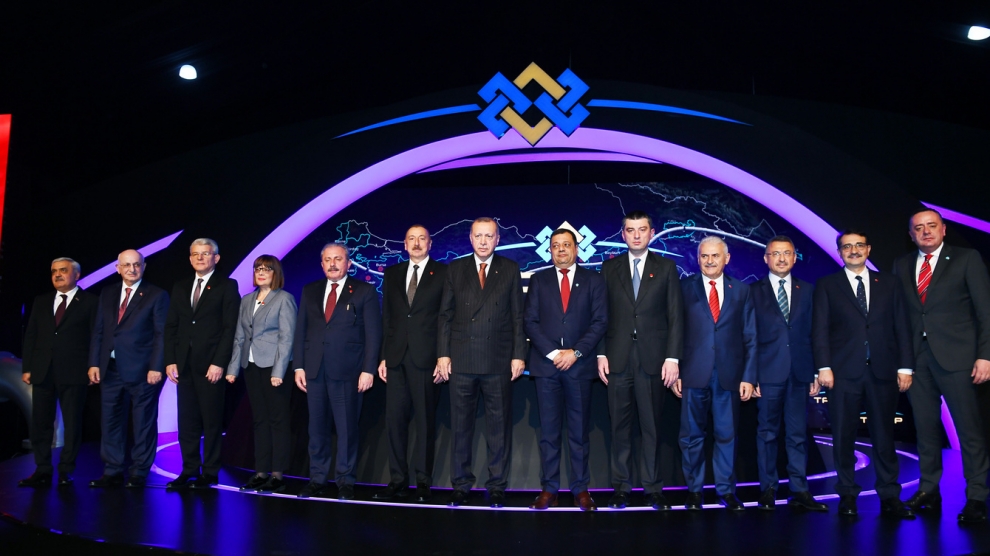 Azerbaijan’s president Ilham Aliyev and Recep Tayyip Erdogan, his Turkish counterpart, have inaugurated the Trans-Anatolian Pipeline, the longest element of the Southern Gas Corridor which will supply Turkey and Europe with natural gas from Azerbaijan.

Speaking at the inauguration ceremony in Ipsala, Turkey, Mr Aliyev said the inauguration was a historic day for the two countries, adding that TANAP will bring benefits and progress to not just Azerbaijan and Turkey, but the neighboring nations, as well.

“A dream of supplying 16 billion cubic meters of Azeri natural gas to Turkey and Europe has come true,” the Turkish president told the audience, noting that the project will contribute to Europe’s energy security. Non-EU countries such as North Macedonia, Albania, Serbia and Bosnia Herzegovina would also benefit from the pipeline, which Mr Erdogan called a project of “regional peace.”

“The wealth coming from the depths of the Caspian will touch the lives of millions in all corners of Anatolia and Europe,” Turkish energy minister Fatih Donmez said, noting that the seven-billion US dollars investment will deliver six billion cubic metres of gas to Turkey and 10 billion cubic metres to Europe per year..

“This project will bring more opportunities for our people and will strengthen our region’s role as an East-West energy corridor,” Georgian prime minister Giorgi Gakharia said in a tweet.

The Trans-Anatolian Pipeline is the central element of the so-called Southern Gas Corridor, an ambitious EU initiative from 2008 aimed at reducing energy dependence on Russia.
The Corridor consists of three main elements: the South Caucasus Pipeline (SCP) running from Azerbaijan’s giant Shah Deniz gas field through Georgia to Turkey which was inaugurated in May, TANAP running through Turkey to Greece and Bulgaria, and the Trans-Adriatic Pipeline. The latter, connecting the Turkish pipeline with Italy through Greece is expected to be finished this year, while the first gas deliveries are planned to be launched in early 2020.

As well as SOCAR, both Turkish state energy company BOTAŞ and British oil and gas giant BP have stakes in the project (38 per cent and 12 per cent respectively).