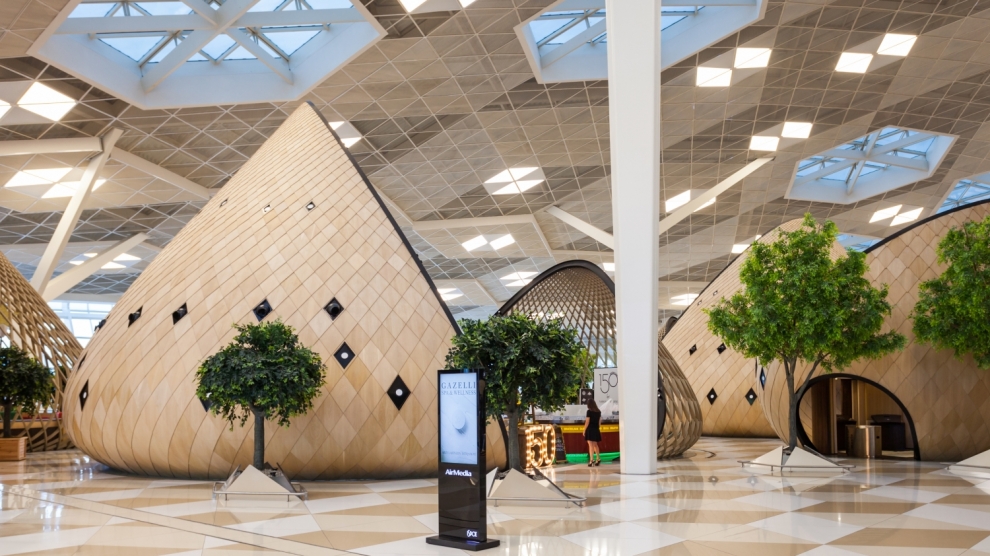 Airports across the world may be empty, flights cancelled and aircraft parked indefinitely, but the current lull in air travel has not stopped Skytrax from revealing its top aviation hubs for 2020.

The awards, voted for by customers in a global airport customer satisfaction survey, were originally scheduled to take place on April 1 at the Passenger Terminal Expo in Paris, which was canceled due to the Covid-19 pandemic.

Instead, the 2020 award announcements were made on May 10 through a virtual ceremony that took place live on YouTube.

“Having deferred the award announcements for nearly six weeks, we felt it was now right to try and bring some cheer into the airport industry in these difficult times,” said Edward Plaisted, CEO of Skytrax.

Indeed, amongst airports serving fewer than five million passengers per year, Baku was again rated by frequent fliers as the world’s best.

“Baku Heydar Aliyev Airport has established itself amongst the world’s favourite regional airports, and clearly continues to delight passengers on each journey. Certainly, within the region, the airport is a leader for terminal design, passenger comfort, and facilities which is a big factor in the support it receives,” added Plaisted.

Baku’s current terminal was opened in 2014 and designed by Turkish style gurus Seyhan Özdemir and Sefer Caglar, founders of Istanbul design practice Autoban, who were given the simple brief of “make every passenger feel like a VIP”. Working around the idea of comfort and privacy, the duo designed cocoons that bring the human scale back to the core of the huge project. They also created areas of different ceiling heights to break the internal volume of the immense terminal.

In order to anchor their design inside the vast airport, Özdemir and Caglar applied rigorous geometry to their design, using a motif of triangular patterns to shape the cocoons, the floor and the overhead lighting system.

Baku served 4.73 million passengers in 2019, up seven per cent on 2018, but still modest given that the airport’s capacity is far higher. Last year a lack of direct flights from Western Europe caused problems for football fans wanting to attend to the Europa League Final, held in the city.

Baku Heydar Aliyev remains, however, the busiest hub in the Caucasus, both for passengers and freight, and an architectural gem. Like Baku itself, it deserves a wider audience.