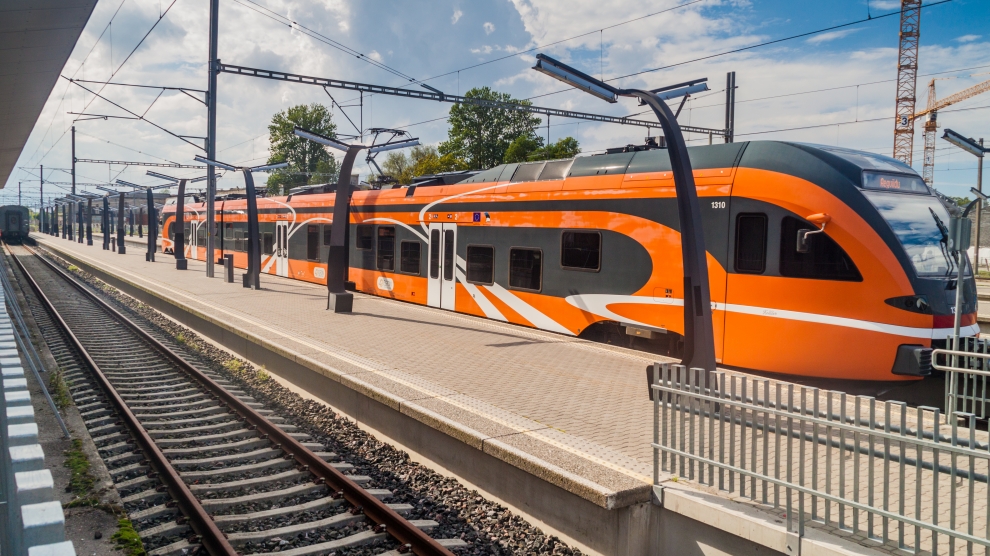 The notoriously slow railways of the Baltic states received a boost this week when the European Investment Bank (EIB) signed a 25-year loan agreement worth 95 million euros with the Estonian national railway company Eesti Raudtee. Estonian Railways will use the funds to modernise tracks and the control-command and signalling systems on most of the Estonian network, as well as carry out the digitalisation of the train management systems. All interventions are located on the TEN-T, including on the key North Sea–Baltic Corridor.

Work will include the refurbishment of parts of the Tallinn-Tartu line, including the construction of a new bridge on the Emajõgi river. Improved safety measures (including barriers) for level crossings and track refurbishment will allow a speed increase up to 135 km/h on the line, improving passenger service and cutting travel times. The same goes for the Tapa-Narva line, where two bridges will be renovated and 54 kilometres of tracks will be renewed. Here, too, level crossings will be made safer. Apart from the structural upgrades, new signalling devices will be installed on most of the Estonian network, and train management systems will be digitalised, improving service and safety.

“Our aim is to develop the most convenient, environmental friendly and safe mode of transport in Estonia,” says Erik Laidvee, CEO of Eesti Raudtee. “We have set in motion a very ambitious investment plan until 2030 that will take our railway infrastructure to a new quality and safety level and the loan from European Investment Bank is definitely a big part of realising it.”

“In the modal shift away from carbon-based transport, there is a big incentive to offer the best possible conditions to travelers, showing them that there are alternatives to taking the car,” adds the EIB’s Vice President Thomas Östros. “This modernisation will not only allow higher speeds on the tracks, but is also expected to improve safety by installing new signalling systems.”

The project follows earlier EIB-investments in the Estonian rail sector, including for new rolling stock, which took to the tracks in 2014.

“Our goal is to ensure railways are an attractive and well-established mobility choice for the future, which is why the European Commission proposed 2021 to be the European Year of Rail,” adds Henrik Hololei, director-general for Mobility and Transport of the European Commission. “This upgrade to the Estonian railway network, as well as Rail Baltica, will deliver travelers a modern, safe and green alternative to the car. Estonian Railways plays an important part here and continues to be a close and much appreciated partner for the European Commission.”

When complete, Rail Baltica – the largest infrastructure project ever carried out in the Baltics – will stretch for almost 1,000 kilometres and is expected to run from Tallinn via Pärnu in Estonia to Riga in Latvia, Kaunas in Lithuania and on to Warsaw in Poland. The line will connect Estonia, Latvia, Lithuania and Poland with a faster, interoperable, direct rail line for both freight and passengers, and offer an alternative to the predominant traffic flows with Russia and Belarus. It will encompass three multimodal freight terminals and three airport connections.

The first phase of the project (Rail Baltica I), from the Polish border to the Lithuanian city of Kaunas, was completed in October 2015. The second phase (Rail Baltica II) will complete the project, connecting Kaunas, Riga and Tallinn with an electrified doubletrack line.

Construction of dozens of viaducts and other infrastructure for the Rail Baltica railway is set to start this year, with construction of the mainline set to begin in 2023. The total cost of the project in Estonia, Latvia and Lithuania is 5.8 billion euros, up to 85 per cent of which will be financed by the European Union.

In May, a procurement tender was launched for the Rail Baltica passenger terminal at Riga International Airport in Latvia.

The project, worth around 250 million euros, also includes related infrastructure around the station. Bidders from Latvia, Germany, Italy, Spain, Poland, France, Turkey and Austria have so far expressed an interest. Work is set to start this autumn.