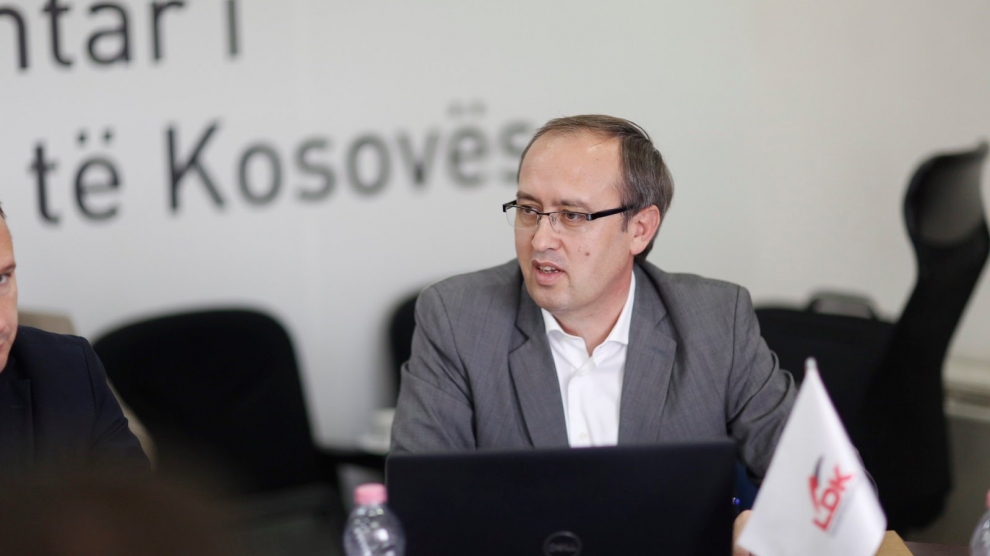 Kosovo has a new government, two months after a vote of no confidence brought down the previous executive of Albin Kurti after less than three months in power.

The country has been in limbo ever since, with Mr Kurti serving as a caretaker prime minister with limited powers and locked in an almost daily war of words with the president, Hashim Thaçi.

The new government is led by Avdullah Hoti (pictured above), a 44-year-old former finance minister and deputy head of the Democratic League of Kosovo (LDK), the second largest party in Kosovo’s parliament and erstwhile coalition partner of Mr Kurti’s Vetëvendosje. The new government was backed by 61 of Kosovo’s 120 MPs, gaining support from the LDK, the Social Democratic Initiative, the Alliance for the Future of Kosovo, and by lawmakers representing minority communities in Kosovo, including the Belgrade-backed Srpska Lista. Most Vetëvendosje MPs boycotted the vote.

President Thaçi offered Mr Hoti a mandate to form a government in April, after Vetëvendosje failed to nominate a new premier. Vetëvendosje has for months insisted that only a new general election can end the impasse that has hamstrung the country since an inconclusive vote last year left Vetëvendosje short of an overall majority.

Last month, Kosovo’s Constitutional Court ruled that President Thaçi had not acted unconstitutionally in handing a mandate to Mr Hoti to form a new administration without holding fresh elections. Mr Kurti described the court ruling as “unfair” and “unacceptable”. Supporters of Mr Kurti, demanding a new election, protested outside parliament ahead of the vote, and have vowed to continue demonstrating.

The installation of a new government will once again place the future status of Kosovo in the spotlight. Talks with Serbia, which continues to refuse to recognise the independence of its former province, have been stalled for months, despite the efforts of Richard Grenell, the US special envoy to the Western Balkans, and EU Special Representative for the Belgrade-Prishtina Dialogue Miroslav Lajčák.

In April, Mr Kurti accused the United States envoy of being “directly involved” in toppling his government, calling it part of a plan to achieve a major diplomatic victory in a US election year.

“My government wasn’t overthrown for anything else except the fact that Ambassador Grenell is in a rush to sign a deal with Serbia which I strongly believe is harmful, since it includes territorial exchange,” said Mr Kurti, adding that Grenell had “hijacked” the Kosovo-Serbia dialogue process and that “he cares very much about the signature at the bottom of the paper, not about the text on the paper.”

The EU and the US currently have very different perspectives regarding the resolution of the Serbia-Kosovo dispute. The US is believed to favour a land swap deal that would see the Presevo Valley in southern Serbia, where the population is mostly ethnic Albanian, join Kosovo, while in return, Serbia would re-establish full control over the majority ethnic-Serb area of Kosovo to the north of the River Ibar, including the town of Mitrovica.

The EU is steadfastly opposed to such a plan, which is said to have been discussed behind the scenes for years by President Thaçi and his Serb counterpart, Aleksandar Vučić. The EU believes that such a deal would reopen other border disputes across the Western Balkans. The new prime minister also appears to be opposed, telling parliament today that “the final deal between Kosovo and Serbia will be based on reciprocity. We will not allow any change of the borders or exchange of territories.”

Mr Hoti also underlined the importance of the EU and US involvement in the dialogue. “The government respects the role of the EU and the United States. They must be included in the process.”

One of the last acts of Mr Kurti’s outgoing government had been to set new conditions for imports from Serbia, conditions which Belgrade immediately rejected as unacceptable, dashing hopes for the restoration of talks between the two countries.

Mr Kurti had ruled that shipments of goods from Serbia must be labeled with documents that clearly state their destination is the Republic of Kosovo, despite Belgrade’s

“We have no intention of resuming dialogue with Kosovo until these measures are annulled,” said Serbia’s foreign minister Ivica Dačić. “Serbia will not recognise Kosovo, but it wants dialogue, a compromise.”

Mr Hoti has promised that he will overturn Mr Kurti’s decision as soon as his government is sworn in.

Earlier this year, Mr Kurti agreed to gradually remove punitive tariffs on Serb imports on the condition that Serbia stops its global campaign to prevent Kosovo’s recognition as a sovereign state.

Mr Hoti will also need to address the struggling Kosovan economy, which has been hit hard by the economic repercussions of Covid-19. The government’s fiscal stimulus package, which includes subsidised wages for workers, has not helped the many business in the country which operate informally.

The World Bank has projected that Kosovo’s economy will contract by 4.5 per cent in 2020.

“The outbreak of Covid-19 and the necessary containment measures are putting investment, private consumption, but also exports and remittances from the diaspora under unprecedented strain,” says the bank in its latest outlook for the country. “While consumption may rebound as the economy recovers, service exports and investment will take longer to recover. Against this background, public revenues will experience a significant shortfall.”

The European Union has given Kosovo 68 million euros to fight coronavirus, but a further 50 million-euro aid package from the World Bank remains blocked, as its approval requires a two-thirds majority in the country’s parliament, impossible in the current political climate.

Like all of his predecessors, Mr Hoti has his work cut out.

As Prague emerges from lockdown, the city eyes a different kind of visitor
Baltic railways are picking up speed, slowly
Comment