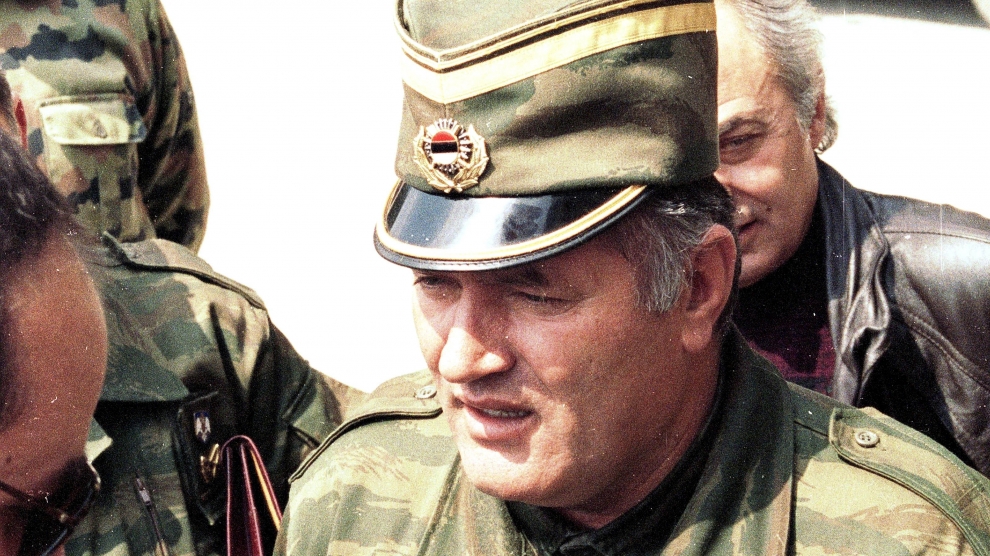 The Mechanism for International Criminal Tribunals (MICT) has agreed to remove three judges from the appellate procedure in the case of the former Bosnian Serb commander Ratko Mladić on the grounds of partiality.

Judge Jean-Claude Antonetti, president of MICT, accepted the request, made by Mr Mladić’s defence team, to remove judges Theodor Meron, Carmel Agius and Daqun Liu from the proceedings. Judge Antonetti wrote in his decision that the judges “appear biased”, considering that they had previously rendered certain conclusions linked to Mr Mladić in other cases in The Hague. Judge Antonetti decided on the motion after the MICT president exempted himself from making a decision, because the motion also applied to him. “The responsibility for making the decision rests with the longest-serving judge considering the fact that I am a subject of the motion and, at the same time, the president of the Mechanism,” stated Mr Meron.

Attorneys Branko Lukić and Dragan Ivetić, part of Mr Mladić’s defence team, filed the motion requesting that the three judges be disqualified from the trial because they were “biased”. They argued that the judges’ past involvement in convictions of senior Bosnian Serbs linked to Mr Mladić mean that they may not be impartial. In separate motions, they cited parts of judgments written by judges Meron, Agius and Liu, which, according to the defence attorneys, included “unacceptable conclusions about Mladić.”

In November last year, the International Criminal Tribunal for the former Yugoslavia (ICTY) sentenced Mr Mladić to life in prison, pronouncing him guilty of genocide in Srebrenica, persecution of Bosniaks and Croats throughout Bosnia and Herzegovina, terror against the population in Sarajevo through long-lasting shelling and sniping, as well as taking UNPROFOR members hostage. Mr Mladić was at the same time acquitted of charges of genocide in six other Bosnian municipalities.

Judge Antonetti chaired the first-instance chamber that acquitted Serbian politician Vojislav Šešelj of similar charges. Under an ICTY indictment, Mr Šešelj was charged with 15 counts of crimes against humanity and violations of the laws or customs or war. The first of these charges is for persecution of Croats, Muslims and other non-Serbs in Vukovar, Šamac, Zvornik and Vojvodina. The other charges included murder, forced deportation, illegal imprisonment, torture and property destruction during the Yugoslav wars.