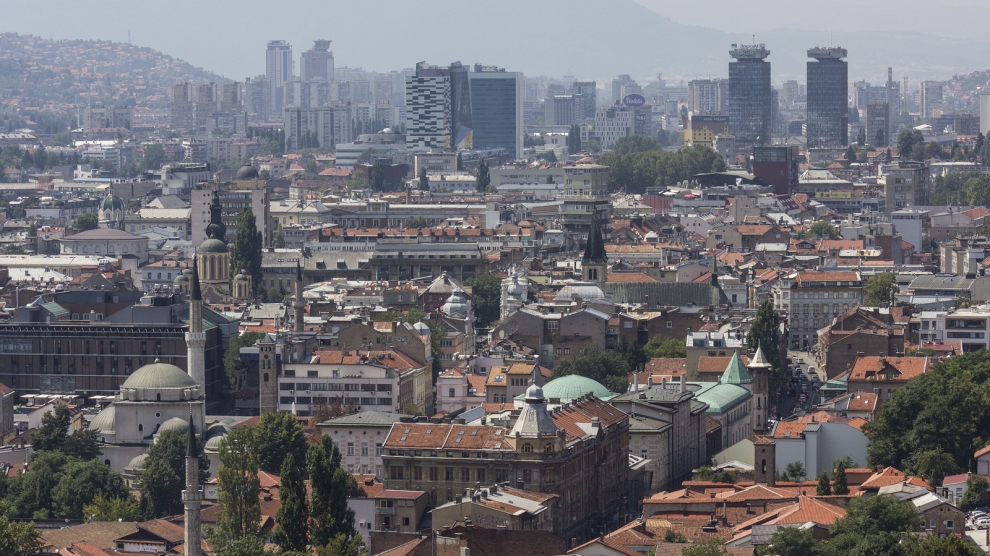 The capital of Bosnia and Herzegovina, Sarajevo, has hosted its first Halal Fair. The event encouraged meetings of manufacturers of halal products and providers of halal services with customers and distributors from Saudi Arabia, Bahrain, Oman, United Arab Emirates, Malaysia and Turkey all in one place, while promoting Muslim consumer activism. ‘Halal’ refers to what is permissible in traditional Islamic law and it is frequently applied to food and drink, particularly meat.

The fair took place under the auspices of the chairman of the rotating three-member Bosnian presidency, Bakir Izetbegović, also the president of the Party of Democratic Action (SDA), a conservative Bosniak nationalist political party. The organiser of the event was Bosna Bank International (BBI) in cooperation with the Saudi-based Islamic Development Bank (IsDB). According to BBI’s website, it is the first bank both either Bosnia or south-eastern Europe as a whole to operate in accordance with Islamic finance principles. The Gulf-owned bank was launched in 2000 with support from the IsDB. Its portfolio today comprises retail and corporate banking services, as well as banking solutions for the large Bosniak diaspora and for Bosnia’s small-and-medium-sized enterprises and businessmen.

The CEO of BBI, Amer Bukvić, stated that the fair aimed to position the region as a centre for the production and distribution of halal products. “BiH, Serbia, Montenegro, and Slovenia have a very large number of halal-certified manufacturers trying to enter the market. The aim is to make a large fair—a large exhibition of all these products—and to bring distributors and suppliers from Turkey, Malaysia, Saudi Arabia, United Arab Emirates, Bahrain, and Indonesia, where large markets exist, to open the doors to our exporters,” Mr Bukvić added in an interview with the Anadolu Agency, a state-run international news agency of the Turkish government.

BBI and IsDB are also the organisers of the Sarajevo Business Forum, the largest investment conference in south-eastern Europe.

According to Balkan Insight, Bosnia does not keep records on halal exports, but data from the country’s Agency for Halal Quality Certification show that halal-certified products are exported mainly to other countries in the Balkan region with significant Muslim communities, such as Kosovo, Montenegro and Macedonia, where most of the Muslims are ethnic Albanians.

Census data from 2013 shows that just over 50 per cent of Bosnia’s total population of 3.53 million people is Muslim. The rest of the population is mainly Orthodox Christian Serbs and Catholic Croats. The halal market in the Balkans has grown by about 17 per cent each year over the past decade, as many former secular Muslims embrace a more conservative lifestyle, marked by religious observance and respect for religious dietary rules.