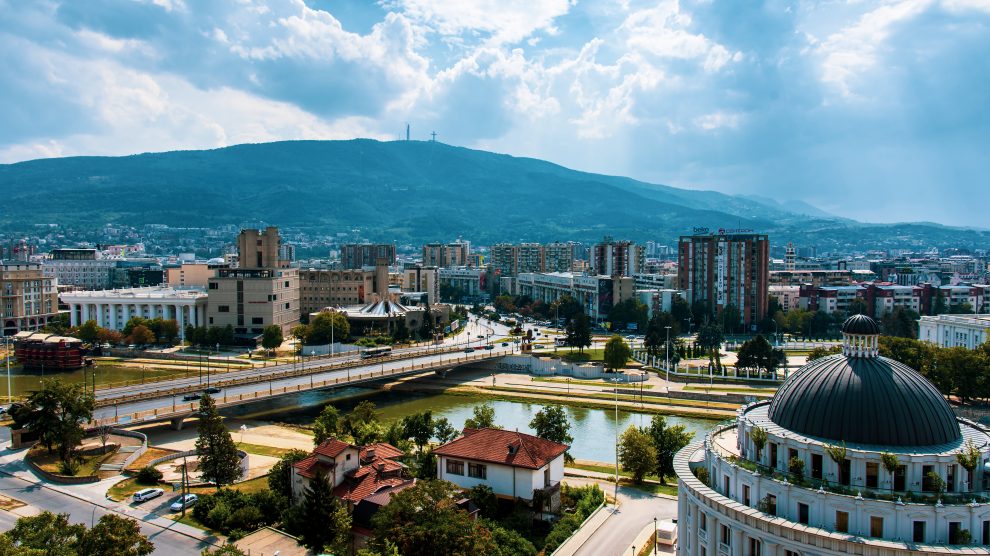 Back in 2018, many saw Bulgaria’s Presidency of the Council of the European Union as a means of providing impetus to the European integration of the Western Balkans. The recent reignition of a decades-old dispute with North Macedonia over language and identity however, and the decision in November to block the start that country’s EU membership negotiations, marks a complete U-turn in Bulgaria’s foreign policy.

In Bulgaria, the country’s recent decision to block North Macedonia’s European Union accession talks has been perceived by many analysts as nothing more than a desperate and rather populist attempt by the ruling centre-right GERB party to deflect attention away from anti-corruption protests which have been an almost daily feature of life in the country since July.

Stirring populist sentiment is also a way to shore up support for a party that has had to face fierce criticism for its handling of the Covid-19 pandemic, it has been noted.

North Macedonia has cleared a number of hurdles in recent years – including changing its name – in order to progress with talks to become an EU member.

However, Bulgaria, has now thrown up objections which EU officials say could “massively endanger the security of Europe”. Particularly, Bulgaria wants North Macedonia to acknowledge that the language spoken by the Slav Macedonian majority in North Macedonia is not “Macedonian” but Bulgarian — or a dialect thereof. Sofia also wants Skopje to recognise the “Bulgarian origins” of the Macedonian nation.

And yet tension between Sofia and Skopje is nothing new. The poor state of relations between the two capitals has been obvious for much longer, says Yasen Georgiev, executive director of the Bulgarian Economic Policy Institute.

“Against the backdrop of the current political tension between Bulgaria and the Republic of North Macedonia, several consecutive governments in both capitals have done little to bridge the connectivity and economic gaps between the two countries,” he tells Emerging Europe. “Despite a number of declarations and plans, people and businesses in both countries remain unusually disconnected in the 21st century. For instance, Sofia and Skopje are located on Pan-European Corridor VIII but there is still neither a railway nor high-speed road connection, let alone a highway.”

In fact, while Bulgaria’s connections to all its neighbours, including fellow EU members Greece and Romania, are poor (to say the least), Sofia and Skopje are among the few European capitals without any direct railway connection. This is despite Skopje being the closest capital city to Sofia, less than 250 kilometres away.

“It comes as no surprise that bilateral trade continues to underperform both in terms of volume and overall dynamics,” adds Georgiev. “Investment in both directions is far from its potential, despite several projects in recent years, dominated by Bulgarian ICT companies that have expanded to North Macedonia in search of local talent.”

Trade levels have, however, been growing steadily in recent times, while remaining modest.

According to the Macedonian State Statistics Office, five of the country’s ten largest trading partners are in South Eastern Europe, with Bulgaria ranking sixth after Serbia and Greece.

None of the Western Balkan states, including North Macedonia, are among Bulgaria’s major trading partners. However, as Bulgaria’s foreign policy had been aiming to increase the country’s presence and influence in the Western Balkans until the recent developments, economic relations with most states in the region have been growing.

North Macedonia, in particular, is Bulgaria’s second-biggest trading partner in the Western Balkans, and despite North Macedonia being a much smaller country and economy, trade volume with the country now rivals that of Serbia.

According to the Bulgarian National Statistics Institute, in 2020 Bulgaria’s exports to North Macedonia were worth 373.48 million euros, an increase of 6.2 per cent from 2019. Meanwhile, North Macedonia’s exports to Bulgaria were worth 243.62 million euros, a decrease of 12.4 per cent relative to 2019, according to the same source, which is not a significant drop considering how the Covid-19 pandemic has affected international trade in 2020.

“Politicians from both sides not only have to talk the talk but to walk the walk in order to live up to the expectations of their citizens to enable real connectivity and practical cooperation, not least in light of the EU accession process.”

The sentiments behind Georgiev’s words are mirrored in those of Vera Stavroff, chair of the board of directors at a Macedonian non-profit organisation focused on economic and leadership development, Macedonia2025.

“We must cherish our shared and complicated history together with all of our neighbours in South East Europe not as enemies but as partners,” she says. “We must be respectful of one another and move on from living in the past as we improve economic conditions in all of the Balkans.”

Czechia and Slovakia, two countries somewhat similar to Bulgaria and North Macedonia in terms of their historical and linguistic relationship with each other, but very different in their use of this relationship, last week blocked an EU Council conclusion on enlargement.

Both Prague and Bratislava cited a disagreement with Bulgaria’s reference to North Macedonia “falsifying its history” as particularly problematic and an “inappropriate” topic to be raised during the enlargement process.

“Given the key role of this document and upon careful consideration we were unable to give our consent to the draft presented for approval today. The text as it stands contained elements including the notion of falsifying history that in our view would be hugely detrimental to the enlargement process and could potentially bring about further complications down the road,” Czechia and Slovakia said in a joint statement.

With Bulgaria scheduled to hold parliamentary elections in March 2021, polls are predicting that a significant percentage of GERB’s traditional voters are moving away from the party. It has also been suggested in diplomatic circles in Brussels that a potential transition of power in Sofia will be the answer to unblocking the start of accession negotiations with North Macedonia and Albania: the two countries are treated as a package.

Macedonians, who have much of the European community on their side, also remain hopeful that this blockage to negotiations can be solved swiftly and painlessly.

“We prefer to look forward and strongly believe that our future is in the greater European community and equally important, is to preserve our dignity and respect for our people and country. Having the republic join the EU will help strengthen the EU and Macedonia for generations to come,” concludes Sevroff.