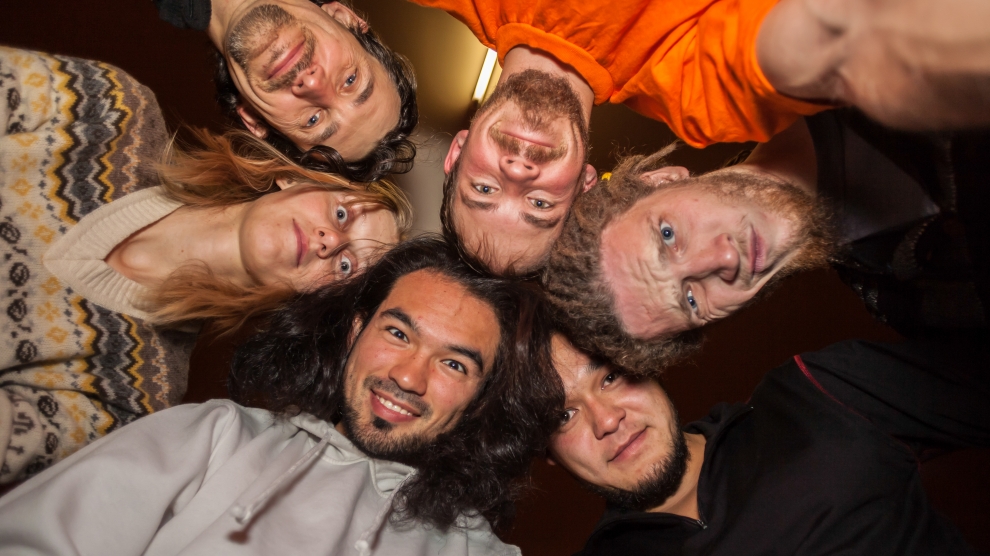 Geographical distance is not the only thing separating Central Asia from the rest of emerging Europe. What makes the so-called Five Stans unique in the post-communist world is that they are currently experiencing an impressive burst of population growth. It has even been suggested that the region’s young population can be the answer to improving living standards and bringing about conditions for democratisation.

Ever since the fall of the Iron Curtain and the break-up of the Soviet Union, the issue of emerging Europe’s disappearing population has been seen by many as a trend impossible to reverse. However, it is a problem that does not exist in post-Soviet Central Asia.

According to data from the World Bank, in Central and Eastern Europe only some of the most developed countries, such as Czechia and Slovenia, are experiencing modest population growth (of between 0.3 to 0.7 per cent annually), while much of the region is experiencing a severe decline.

Meanwhile, according to the same source, the countries of Central Asia are seeing the opposite trend. In 2019 all five Central Asian states recorded annual population growth of above one per cent – the global average – with Kyrgyzstan and Tajikistan registering even higher growth, of 2.1 and a 2.5 per cent respectively.

As a result of this steady population growth, the average resident of the five countries is much younger than in the rest of emerging Europe. World Bank data for 2019 shows that all countries of the region have a younger population than the average global population as well. This is best seen in Tajikistan, where 37 percent of the population was in the 0 to 14 age bracket last year.

Another considerable difference between Central Asia and the rest of the emerging Europe region is that, while the majority of countries in Central and Eastern Europe have made moderate to impressive steps towards democratisation, much of Central Asia has maintained its Soviet legacy and its countries continuously rank as some of the least free in the world by various measures of democracy. All countries in the region were classified as authoritarian regimes in the Economist Intelligence Unit’s 2019 Democracy Index, with Tajikistan and Turkmenistan among the ten least democratic states worldwide.

Dr Heathershaw tells Emerging Europe: “In some countries, a large proportion of young people can lead to higher demands on authoritarian regimes led by old men. This appears to be happening in Kazakhstan and perhaps may emerge in Uzbekistan.”

In the early months of 2020, Kazakhstan witnessed a new wave of protests, a backlash from the resignation of long-term president Nursultan Nazarbayev and from the rigged election of successor Kassym-Jomart Tokayev. These were preceded by the #OyanQazaqstan (Wake Up Kazakhstan) pro-democracy youth protests which took place throughout 2019.

“Restrictions on civic engagement, freedom of association, and speech are routine and accepted by these groups (Kazakh NGOs). As a result, there are only a few independent civil society organisations left in the country.

“The absence of strong civil society has created a void to be filled by independent platforms, often youth-led like Oyan Qazaqstan, who are stepping to fill the vacuum and provide immediate assistance to the population in need, demanding greater state reforms and accountability,” writes Dr Heathershaw for the Exeter Central Asian Studies Network.

Uzbekistan continues to rank in the bottom 20 least democratic nations in the world, but EUCAM (European Union Central Asia Monitor) notes that there is a hope for the emergence of civil society in the country, as President Shavkat Mirziyoyev’s recent series of economic and governance reforms can potentially accommodate for the appearance of an independent sector.

On the other hand, Dr Heathershaw does not notice a particular link between Kyrgyzstan’s young population and a potential shift in governance. “In Kyrgyzstan, which has a history of violent and non-violent mobilisation, dynamics are different with a strong feature of mobilisation by competing regional elites; while young people take part, youth itself and inter-generational conflict does not appear to be a factor in these cases.”

Another aspect of the Central Asian demographic reality, and one that is shared with the rest of emerging Europe, is the significantly high level of emigration from the region. Each one of the five countries has reported a negative net-migration in the decades since the collapse of the Soviet Union.

Dr Heathershaw argues that the high levels of migration from the region is one explanation for the seeming lack of civil unrest in some Central Asian countries. “Kyrgyzstan and Tajikistan are two of the most migration-dependent countries in this world and this is part of the reason why there is less youth mobilisation. Migrants often leave at a very young age,” he says.

Kazakhstan is one of the countries experiencing a negative net-migration, however the demographic patterns of the energy-rich nation are noticeably different to the others. While migrants from Kyrgyzstan and Tajikistan leave early and tend to be employed in the low-skilled sectors of their host countries, Kazakh nationals are more likely to emigrate for the purposes of education or in search for a high-skilled occupation. According to Dr Heathershaw, this difference in wealth and experience could explain why Kazakhstan is witnessing the most noteworthy social movements in the region.

“In Kazakhstan, many young people have gone overseas for education, had their expectations raised by this experience and by the narratives of the government, and return to the country with higher demands. These demands are not necessarily for democracy but for wealth and more general freedom and opportunity. So young people may help build national economies where other positive conditions are present (Kazakhstan) but they may also build transnational economies of labour where those conditions are not present (Kyrgyzstan and Tajikistan),” he says.

Kazakhstan was ranked 139th out of 167 countries in the 2019 Democracy Index, up five places on 2018, outperforming any other country in the region as well as another oil-rich post-Soviet nation – the Caucasus state of Azerbaijan.

The nations of Central Asia are still fighting for the most basic forms of freedom, while consistently ranking amongst the world’s worst dictatorships. Despite the challenges ahead, these states also have the advantage of having some of the youngest populations in not just emerging Europe, but the world. This, combined with high levels of exposure to different cultures through emigration, can lead to the emergence of new ideas that could potentially challenge the region’s status quo. Front-runners like Kazakhstan and Uzbekistan might even see these developments happen sooner rather than later.