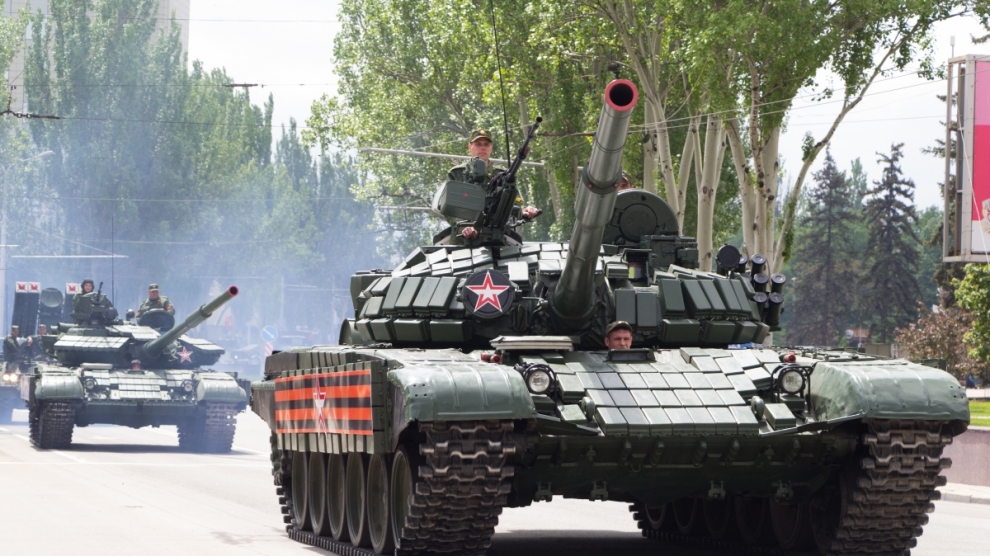 In the so-called Luhansk and Donetsk “people’s republics”, there is no free transfer of capital, and transferring big funds out of the area is extremely difficult. There is no legal banking system, and there is practically no protection of private property. But people still run their businesses.

In a series of comments in late December, the Russian president appeared to blame Poland for the outbreak of World War II.

Is Bosnia a time-bomb?

French President Emmanuel Macron has described Bosnia and Herzegovina as a “ticking time-bomb” and a grave concern for Europe because of jihadists returning from Syria.

Poverty-stricken Hungarians are easy pickings for traffickers on Facebook

Promises of a better life in many social media posts are often a trap for marginalised communities such as the Roma.

In Poland, a stubborn defender of judicial independence

Judge Igor Tuleya has faced threats, fake anthrax attacks and denunciations in the right-wing news media as he fights the government’s campaign to control the courts.

When Eastern Europe left the world behind

Eastern Europe’s nationalist turn began even before 1989 — as socialist regimes abandoned their pretence of international solidarity.

Violence escalates as Romania cracks down on illegal timber trade

Two rangers have been killed in three months and whistleblowers face intimidation and ostracism.

Postmodern relativism and digital natives in Central and Eastern Europe

Postmodern relativism is a dangerous tool in the hands of authoritarian regimes. They are willing to undermine public trust within democratic institutions by spreading disinformation and conspiracy theories.

Israeli entrepreneur David Roitman says he opened Kosher Bar as personal duty to help rebuild the historic Jewish community of Odessa in Ukraine, which he left as a child.

Serb, Albanian, Roma, Bosniak? In one corner of the ethnically-divided Kosovo city of Mitrovica, when it comes to trade, ethnicity is no barrier.

Georgia’s artisanal cheesemaking tradition was forced underground due to an oppressive Soviet-planned economy, but one woman is dedicated to bringing the ancient varieties back.

‘The time has come for CEE to stand on its own feet’
Why are judges from across Europe protesting in Poland?
Comment