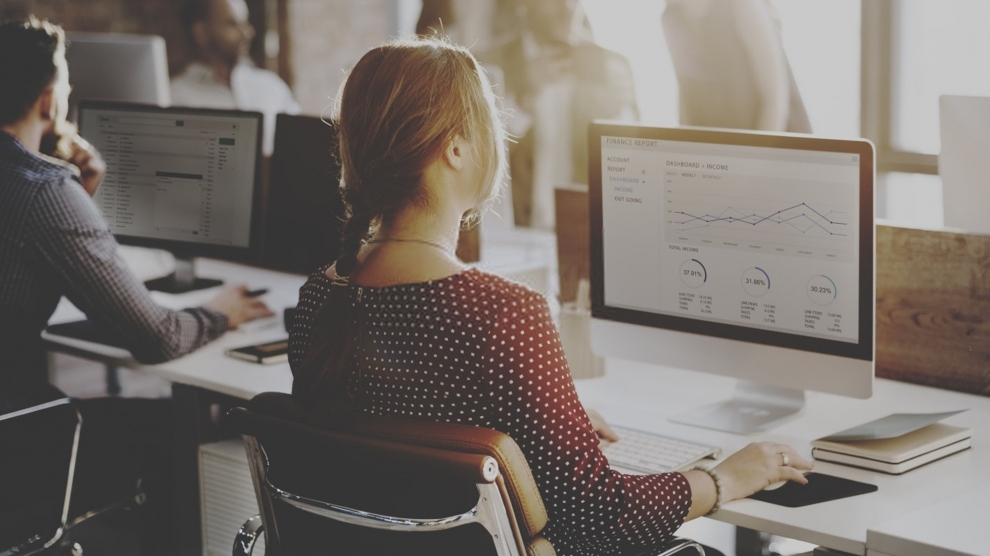 During the first five months of the Covid-19 pandemic, the digital economy in Central and Eastern Europe (CEE) grew almost twice as fast as  the previous two years, a new report from McKinsey has revealed.

The report, Digital Challengers in the next normal: Central and Eastern Europe on a path to digitally-led growth, estimates that between January and May, the digital economy in CEE grew at more than 14 per cent, and captured 78 per cent, or 5.3 billion euros, of the increase seen in the whole of 2019.

The new report builds on McKinsey’s series of studies looking at the rise of what it terms digital challengers across the CEE region. The analysis examined ten countries: Bulgaria, Croatia, Czechia, Hungary, Latvia, Lithuania, Poland, Romania, Slovakia, and Slovenia; considered digital challengers as they demonstrate strong digital growth potential and the ability to emulate the success of digital frontrunners in Northern Europe. According to the research from those previous reports, robust digitisation in the region has the potential to contribute 200 billion euros of additional GDP by 2025.

New McKinsey analysis on the same groups of countries shows that between 2017 and 2019, the digital economy in CEE grew by almost eight per cent a year. In 2019 it was roughly two per cent above its previously forecast business-as-usual scenario, reaching a value of around 94 billion euros. However, during that same time period, the digital frontrunners in Northern Europe managed to grow even faster, widening the gap between themselves and CEE’s digital challengers.

“The CEE region has an additional digital growth potential. Although the pandemic is an ongoing crisis that has taken and altered so many lives, we see now that the lockdowns it required have also been a tipping point for digital transformation. Not because the situation has changed the solution to digital transformation, but because it has made the solution so much more important,” says Jurica Novak, McKinsey’s managing partner in Central Europe and a lead report author.

As the new McKinsey survey shows, almost 12 million new users of online services appeared in CEE during the first months of the pandemic  — more than the combines populations of Slovakia, Croatia, and Slovenia. Notably, the strongest growth was observed among consumers aged over 65. Around 70 per cent of respondents claim they will continue to use new services digitally after the pandemic.

As the report points out, once consumers get used to new contactless channels, they might not be inclined to go back, particularly since health and safety measures related to Covid‑19 may not disappear anytime soon. This unlocks great potential for companies that had already invested in digitisation prior to the outbreak.

What’s more, the CEE region already has the foundations in place for further digitisation. These include strong macroeconomic performance (GDP per capita increased by 115 per cent in the period 2004–2019), high quality digital infrastructure, and a vibrant emerging digital ecosystem with CEE’s unicorns worth around 31 billion euros. The region also boasts good primary and secondary education systems, as well as a large talent pool, with 216,000 graduates in STEM subjects (science, technology, engineering, and mathematics) in 2018.

“The recent increase in digital adoption and existing fundamentals unlock great potential for companies that had already invested in digitisation prior to the outbreak,” adds Novak. “But they also put great pressure on other organisations, particularly in the public sector and small and medium-sized enterprises, which lag behind on digital adoption, to quickly transform the way they interact with citizens and customers.”

While all of the digital challengers have to some extent implemented digital services or are in the process of doing so, there are big differences across the region. Slovenia, Czechia, and Hungary lead the way, with Bulgaria, Romania, and Poland bringing up the rear. The three elements that CEE countries struggle with most are e-payments, e-invoices, and the interoperability of the data that they gather.

To make the most of the untapped digital potential, additional action is required by all stakeholders in CEE. For a successful digital transformation in the next normal, the McKinsey report recommends that enterprises take a holistic approach by digitising customer interactions, optimising operations, and modernising IT.

In light of the rapid migration of consumers to digital technologies driven by the pandemic, policymakers might consider bringing more public services online and creating a digital ecosystem in which individuals and businesses can thrive. They can do this by supporting entrepreneurship, creating incentives for SMEs to digitise and cooperating with tech clusters — sectors that enhance the competitiveness of the region.

While some CEE collaboration initiatives already exist — the Three Seas Initiative being the most notable example — none of them focuses exclusively on digitisation; nor are there any collaborations that work toward unifying the CEE digital business environment or have working teams implementing such initiatives. McKinsey suggests creating a new entity, a CEE Digital Council. Such a body could help share best practices and knowledge across the region, and set common standards for digitisation. Northern Europe has already implemented a similar concept through the Nordic Council — an official body for inter-parliamentary cooperation established in 1952. Among the Council’s projects are several digital initiatives, one of which is the Nordic Smart Government programme, with three key objectives: to increase digitisation in governments and society, to improve the competitiveness of the region through innovation, and to enhance the digital single market in the Nordic-Baltic region.

“It is important to boost collaboration at CEE level to drive the digital agenda and tap into the potential of a single digital market,” says Novak. “Together, digital challengers represent 100 million citizens and 1.5 trillion euros in GDP, making them the equivalent of the twelfth-largest economy in the world. Today, the CEE region has an opportunity to capture the momentum for future growth. Public sector and businesses in individual countries should ensure they digitise as fast as their populations.”

Regional collaboration has long been a focal point of Emerging Europe’s work, alongside the exchange of best practice in digitalisation, innovation and entrepreneurship in both the state and private sectors. It is now taking a step further by launching a regional tech hub.

TEEA is part of a global network of almost 20,000 advocates set up by Russ Shaw, an American angel investor based in London and a co-founder of London Tech Week. The official launch of TEEA has been scheduled to take place on November 24, 2020, in Warsaw, Poland.

Is the US about to finance a motorway linking the Baltic and Black Seas?
Belarus opposition leader issues president with an ultimatum: Resign or face a general strike
Comment